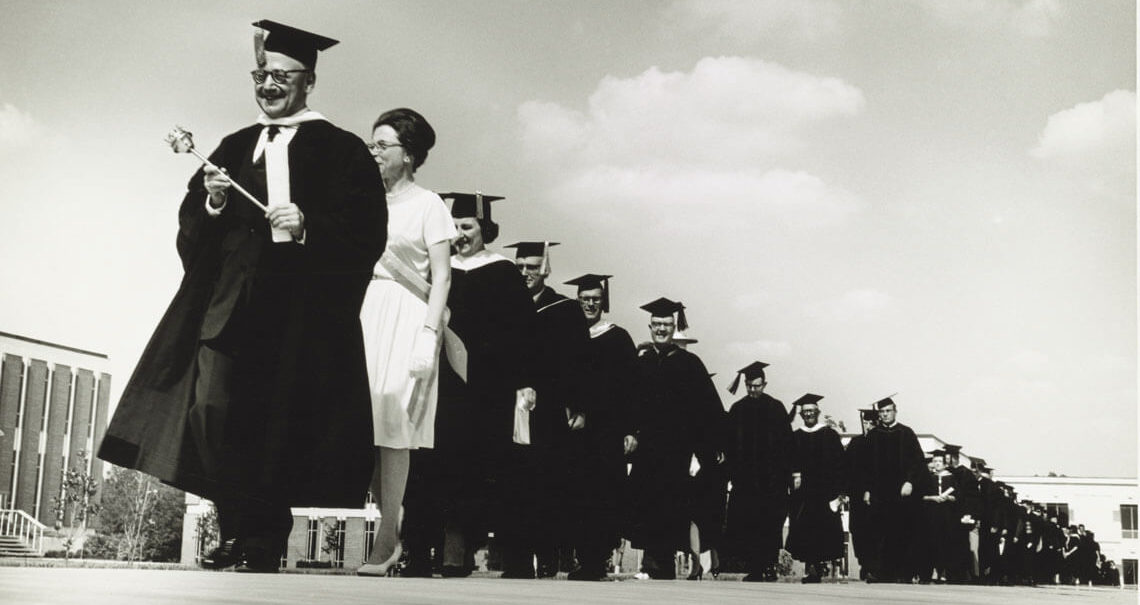 Indeed, for decades now, the state has been evolving — naturally or with purpose — toward a more unified version of itself. Unity has long been a challenge for a state that covers more than 53,000 square miles of Coastal Plain, Piedmont, and mountains. East to west, the state is more than 500 miles long.

Electric power came to rural areas in determined waves beginning in the 1930s, lighting up radio dials with shared news and entertainment. The 1940s brought the war and, with it, the heyday of passenger trains crisscrossing the state. It united citizens from all walks of life in a combined effort toward victory. In the 1950s, the state added or improved a network of nearly 15,000 miles of roads, highways, and interstates, and Piedmont Airlines established a grid of airborne routes.

Now, another revolution of connection is happening quietly but with remarkable speed: the alignment of community colleges and a critical mass of universities into two strong systems. Like the creation of Research Triangle Park in the 1950s, this revolution doesn’t offer NASCAR thrills or the tense drama of a civil rights protest, but it is equally historic in its scope and effects.

And like many revolutions, it begins with a problem that creates an opportunity: numbers. The Consolidated University of North Carolina comprises campuses in Chapel Hill, Raleigh (State College), and Greensboro (Woman’s College of the University of North Carolina). That consolidation — for the sake of efficiency and fiscal prudence — was a result of the Great Depression.

But after World War II, the state that trained the largest number of fighting men of any in the U.S. was inundated with veterans wishing not just to stay in North Carolina but also to go to college here. Even augmented by private colleges and universities, UNC campus leaders figured that they would have to turn away tens of thousands of prospective applicants, including some 1,800 qualified residents of southeastern North Carolina. So Gov. R. Gregg Cherry, following recommendations of a committee, created a short-term fix: the establishment of two-year, segregated “college centers” across the state, each affiliated with a four-year campus. Asheville, Charlotte, and Wilmington were among the sites chosen.

Thus Wilmington, for example, became the site of a center for white students, sponsored by Chapel Hill, and another for Black students, connected to Fayetteville State Teachers College. 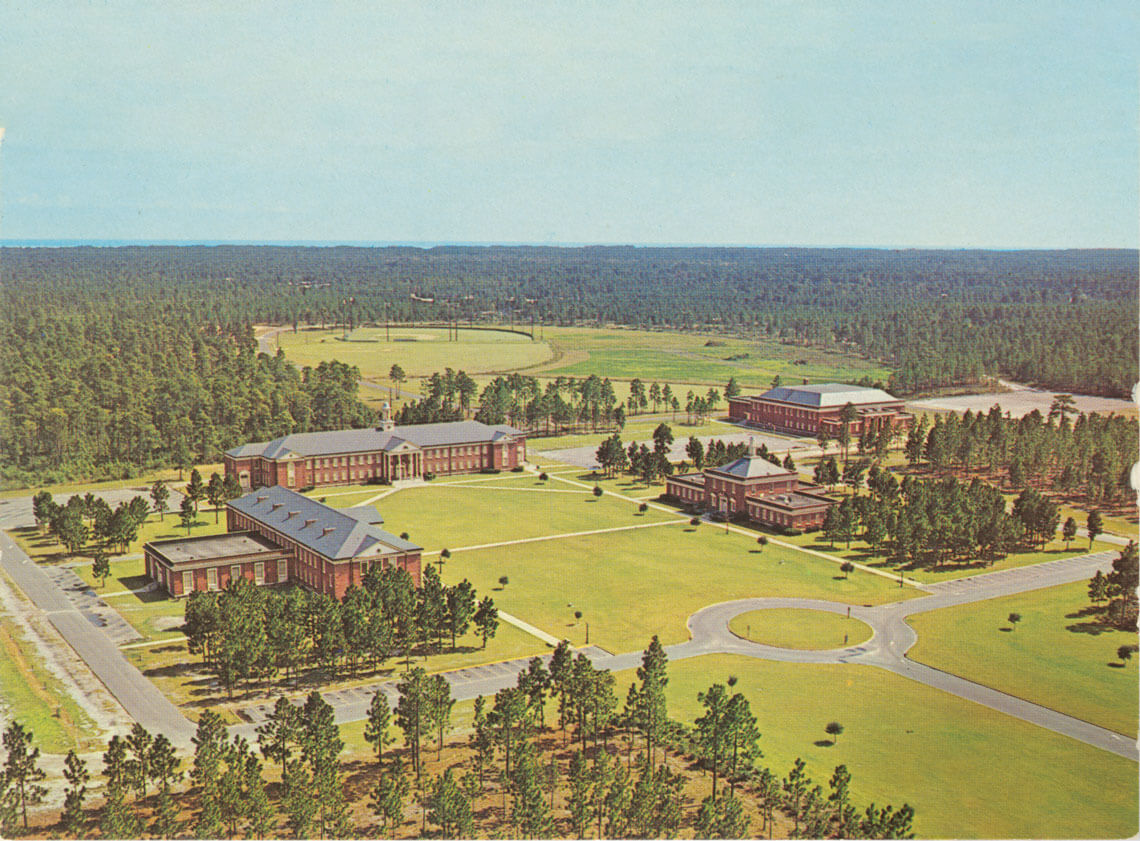 The inclusion of Wilmington was significant. “By the early 1940s the southeastern Cape Fear region was the only area of the state not home to a state institution of higher learning,” writes Tyrone Rowell, whose 30-year career at UNC Wilmington included serving as senior associate vice chancellor for university advancement and de facto in-house historian. Business and civic leaders realized that without such an institution, the region’s potential for economic prosperity would be severely stunted.

The citizens of New Hanover County voted to tax themselves in support of a bond issue to create Wilmington College, and the county Board of Education gave its approval at the end of May 1947 for a September opening — leaving just four months to create curriculum, schedule classes, and recruit faculty to teach them.

The explosive growth in population through the 1950s increased the pressure on university enrollments. Between 1950 and 1960, the state grew by almost half a million, and during the 1960s, it adds half a million more, in 20 years increasing from four million to more than five million.

Gov. Terry Sanford establishes the Governor’s Commission on Education Beyond High School, also known as the Carlyle Commission after its chair, Irving Carlyle. It recommends that two-year colleges in Charlotte, Wilmington, and Asheville be transformed into four-year institutions to carry some of the increasing enrollment load. Wilmington College graduates its first BAs in June 1965 — such a milestone that the commencement address by Lt. Gov. Robert Scott is aired live on local TV.

That same year, UNC Charlotte joins the consolidated university. The Asheville-Biltmore campus and the Wilmington campus, established in longleaf pine flats on NC Highway 132 — later College Road — remain state colleges outside the UNC system. Civic and business leaders in both cities continue to press their case for inclusion into UNC.

Four years later, in 1969, with growing political support in Raleigh, the time is ripe. The 100-member Board of Trustees of the Consolidated UNC, with Gov. Dan K. Moore presiding as ex-officio chair, convenes at the NC State University faculty club to consider incorporating the remaining two campuses. The motion draws immediate opposition and a second motion to delay the vote. In a skillful parliamentary move to table that motion, Ashley Murphy, a trustee of Wilmington College, forces a vote on the original motion. William Wagoner, then president of Wilmington College, later tells Rowell that the favorable vote is “overwhelming but not unanimous.” By act of the legislature, the two newest members of the consolidated university become UNC Wilmington and UNC Asheville. 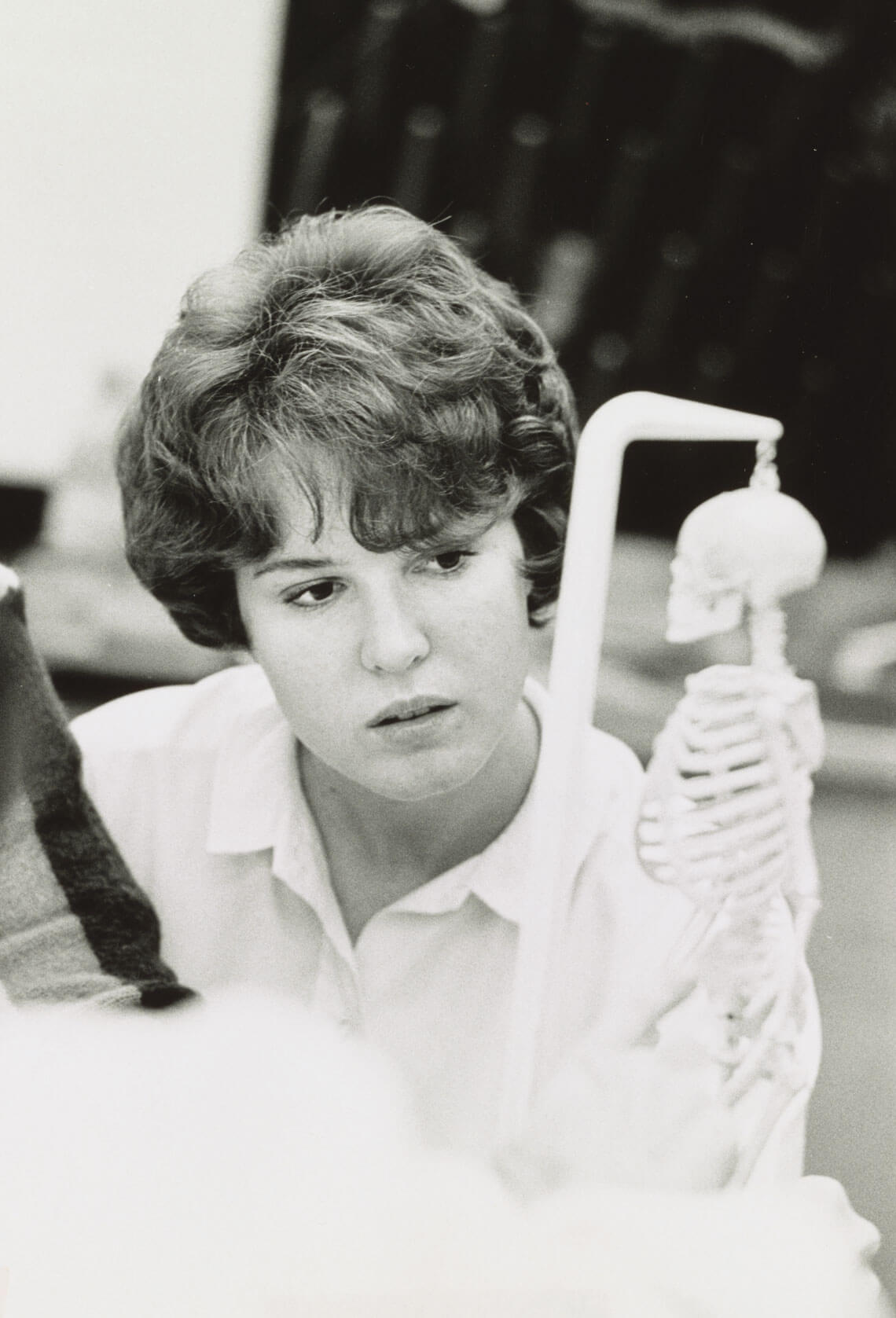 Students at Charlotte College (above) joined the UNC system in 1969, as did students at Asheville-Biltmore College (below). The new campuses were expected to offer “experimental, imaginative” curricula. photographs by (Above) Courtesy of J. Murrey Atkins Library, UNC Charlotte; (Below) From The Summit, 1967, D.H. Ramsey Library, Special Collections, UNC Asheville 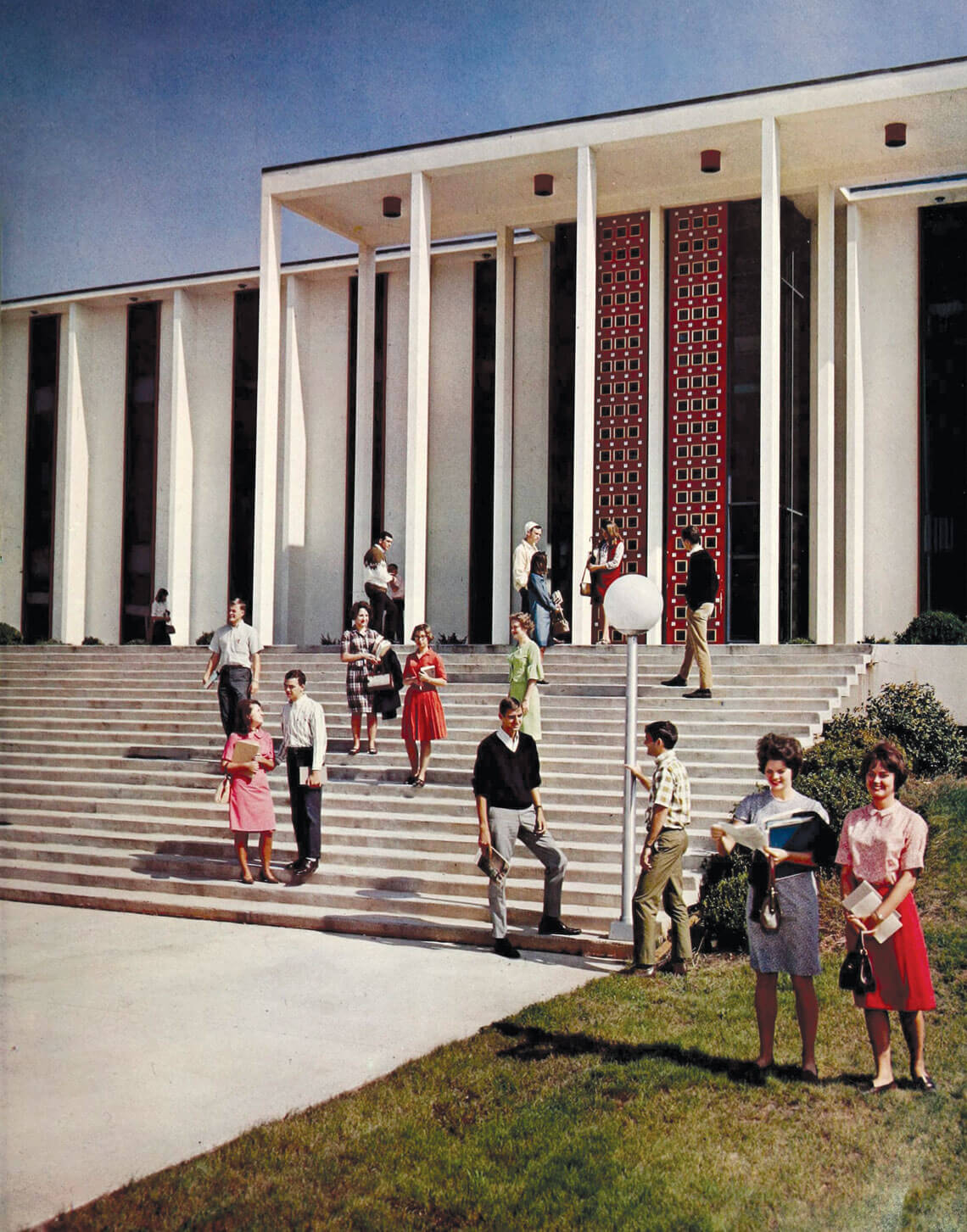 In Wilmington, at a ceremony held on the uncovered porch of one of the original three Georgian-style buildings, Fred Graham, chair of the Board of Trustees of Wilmington College, presents to President William Friday the symbolic key and the deed to the more than 600-acre campus. “We give this deed with our love and affection,” Graham says.

Later, a student suggests to President Friday that the building be named after Hinton James, who walked 160 miles from his home in New Hanover County and, on February 12, 1795, became the first student to enroll in the University of North Carolina — the first publicly chartered university in the nation to admit students. So it is, and a circle has been completed — now, the university has come the same distance home.

The merger might seem like little more than bureaucratic reshuffling, but, in fact, it is transformative. Graham later tells UNCW’s Rowell, “Wilmington College’s acceptance into the University of North Carolina was the greatest event to have taken place in New Hanover County within the past hundred years.”

UNC lends its world-class reputation to each new campus, including them in a tradition that would otherwise take generations to establish. A committee of the state Board of Higher Education reports, “The prestige, resources, and strength of the university would enable them to achieve a better quality of instruction more rapidly than would otherwise be likely” and “make the recruitment of better-qualified faculty and students easier.”

UNC lends its world-class reputation to each new campus, including them in a tradition that would otherwise take generations to establish.

Furthermore, the two newest UNC campuses are meant to “become more experimental, and imaginative in their instructional programs.”

As of April 24, 1969, the UNC system spans the state from the coast to the mountains — six campuses that together are stronger than the sum of their parts. With coordinated planning to avoid duplication and access to the resources and reputation of UNC, each campus can carve out its own franchise within the larger system.

A parallel revolution is at work among community colleges — again, led by Governor Sanford and his appointed Carlyle Commission. In 1961, there are 12 such campuses: five “junior colleges” focused on arts and science, and seven “industrial education centers” dedicated to vocational and technical training. The commission recommends that all 12 be combined into a community college system under the Board of Education and governed by local boards of trustees.

Like the UNC campuses, they are connectors: They connect students with opportunity and jobs; communities with engines of economic promise; and each of them with their sister institutions and a state that has pledged economic support of higher education across all 100 counties.

Coming in October: Concerts for a cause at East Carolina University.