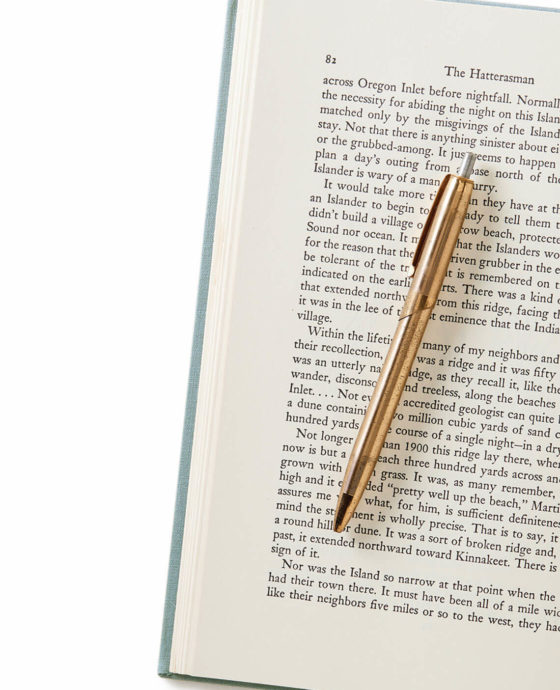 When North Carolina takes center stage in a 1962 issue of National Geographic, the magazine highlights the state’s energy and many of its achievements prior to the 1960s. But it fails to mention one powerful dynamo: North Carolina’s literary scene has been smoldering like an underground coal fire for generations, with occasional bright flames to dazzle the nation.

Household names include Thomas Wolfe, who immortalized his hometown of Asheville in 1929 in his scathing novel Look Homeward, Angel, and Carl Sandburg, the poet, journalist, folk musician, and winner of Pulitzer Prizes in both biography and poetry, now settled at Connemara, a 100-year-old farm south of Asheville.

Less familiar to modern readers is the work of some pioneering African-American writers: George Moses Horton, an enslaved man from Chatham County, was a self-educated poet. Harriet Jacobs, an enslaved woman in Edenton, escaped her bondage and wrote Incidents in the Life of a Slave Girl, Written by Herself, a groundbreaking exposé not only of the evils of slavery itself but also of the violent sexual oppression endured by enslaved women. Charles Chesnutt addressed racial themes overtly in his many essays, short stories, and novels — notably The Marrow of Tradition, based on the white supremacist coup of 1898 in Wilmington.

By the 1960s, several key phenomena converge to fuel the literary boom, ripening a tradition that builds on two magnets for writers: One is The Grove Park Inn in Asheville, where Margaret Mitchell honeymooned and F. Scott Fitzgerald ensconced himself in two rooms during the summers of 1935 and 1936 — recuperating from tuberculosis, drinking hard, and writing. The other is Weymouth, once the home of James Boyd, whose first book, Drums — set mostly in Edenton — was judged by some critics to be the best novel about the American Revolution. Boyd and his wife, Katharine, turned the large family estate into a literary hub, entertaining writers such as Wolfe, Fitzgerald, Sherwood Anderson, and William Faulkner. 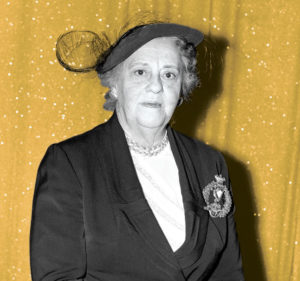 The North Carolina Writers Conference was founded in 1950 with a strong push from Inglis Fletcher, whose 12 Carolina Series novels, set among plantations in Albemarle County, sell millions of copies in eight languages. The capstone of the series, Rogue’s Harbor, appears in 1964, when the NCWC has grown far beyond its original handful of invited members.

Universities and colleges provide a huge boost to the literary blossoming. Creative writing classes, once a rarity, now become a staple of English, journalism, and theater departments. They provide writers with both a steady livelihood and talented colleagues and students. They also create a legacy of continuity, as established writers mentor their novice counterparts.

“If I were to write a guidebook for new governors … find a novelist and put him on staff.” 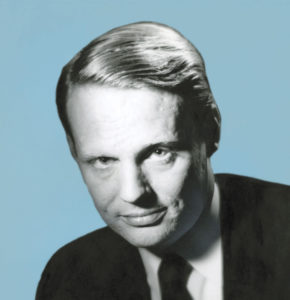 And key figures in government recognize the value of the literary arts and offer crucial support. Gov. Terry Sanford, serving from 1961 to 1965, recruits John Ehle, a novelist and social critic, to join his staff. A graduate of and longtime faculty member at the University of North Carolina at Chapel Hill, Ehle plays an essential role in founding both the Governor’s School and the North Carolina School of the Arts — as Sanford doubles the state’s education budget. Ehle’s imaginative vision proves indispensable to the governor, who remarks, “If I were to write a guidebook for new governors, one of my main suggestions would be that he find a novelist and put him on his staff.”

Sam Ragan, a native of Granville County, earns his living as a journalist and editor for decades. He gives David Brinkley his start at the Wilmington Star and serves as managing and executive editor at the Raleigh News and Observer, where his column “Southern Accent” is a kind of ongoing literary signature, featuring social and literary criticism, stories, even poems. It becomes the longest-running column in the nation, syndicated in 43 states and 24 foreign countries. And he achieves fame as a poet in his own right, nominated for a Pulitzer Prize for two of his six collections.

Ragan’s work helps ensure a voice for literature in the future cultural life of North Carolina.

As the first secretary of what will become the NC Department of Cultural Resources, Ragan is the motive force in creating the NC Arts Council, of which he becomes inaugural chair — ensuring a voice for literature in the future cultural life of North Carolina. In “On Writing a Poem,” he offers lines that could serve as an epigram for the state:

Go ahead and put it down.
Put down the words …
We begin with the word.

Tom Wicker, another North Carolinian who got his start in local papers and winds up at The New York Times, lauds Ragan’s poetry, writing that “it could only have been written out of a Tar Heel’s sense of place.” 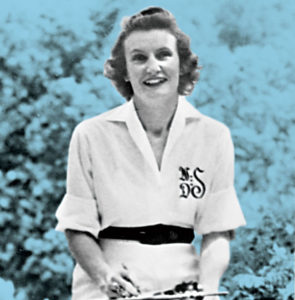 No writer exemplifies allegiance to place better than Wilma Dykeman. She spends a professional lifetime celebrating the geography and people of her home country along the French Broad River in a fictional multigenerational saga. Her deep connection to the natural world infuses her memoir, Family of Earth: A Southern Mountain Childhood. She writes, “And above, the sky was blue and liquid and the air was sweet around, and underneath the earth smelled warm of sun and age. In those times we felt as if we had touched some inner well of unknown earth-like vigor and cosmic energy. We had become alive.” 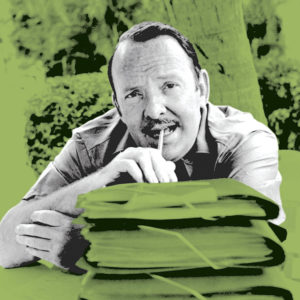 Robert Ruark, a native of Wilmington, immortalized his free-ranging summers in Southport with his river-pilot grandfather in The Old Man and the Boy, published in 1957. In 1961, its sequel appears: The Old Man’s Boy Grows Older.

Meanwhile, a new cadre of writers are hitting their prime. Randall Jarrell, a native Tennessean, gained fame for his second book of poems, Little Friend, Little Friend, published in 1945 while he was serving in the U.S. Army Air Forces. He takes a position at the Woman’s College of the University of North Carolina in Greensboro, where he remains, with occasional leaves, until 1965 — a popular campus figure with his dark beard and intense conversations leavened by a ready sense of humor. He is awarded a Guggenheim Fellowship and a National Book Award in 1961 for his poetry collection The Woman at the Washington Zoo.

He has just begun a teaching stint at UNC Chapel Hill when, on October 14, 1965, 51 years old and at the peak of his powers, he is struck and killed by an automobile on a dusky road near Chapel Hill. Robert Lowell memorializes him in an essay: “What Jarrell’s inner life was in all its wonder, variety, and subtlety is best told in his poetry … His gifts, both by nature and by a lifetime of hard dedication and growth, were wit, pathos, and brilliance of intelligence …”

Apart from the serendipity of talented writers being born in the state, the richness and energy of the literary tradition seem to be fueled by two other factors: First, an attraction to the deep and complex history and geography of the state, including the captivating beauty of its mountains and coast. Second, the community of writers and readers who create a lively intellectual and artistic milieu in which to work.

North Carolina also continues the long Southern tradition of the journalist-intellectual, exemplified in an earlier generation by Wilbur J. Cash, a veteran of the newsrooms at The Charlotte Observer and The Charlotte News — best known for his definitive and magisterial work of history and social criticism, The Mind of the South. 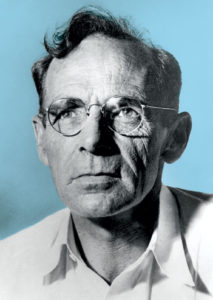 Likewise, Ben Dixon MacNeill, born on a farm near Laurinburg, begins his reporting career with the Wilmington Morning Star, then moves on to the Raleigh News and Observer. MacNeill roves the state, writing about whatever takes his fancy in a column called “Cellar and Garrett,” which reaches a wide regional audience. He serves in both World Wars, as well as acting as Paul Green’s publicity director for the outdoor drama The Lost Colony. He retires to a cottage on Hatteras Island, where he writes The Hatterasman, the 1958 book that forever enshrines the lighthouse keepers and surfmen of the Outer Banks as heroic figures. Shortly before his death in May 1960, having at long last written his first novel, he tells a visitor, “I am in the place in this world where I most want to be.” Sand Roots is published posthumously.

Two young novelists are just hitting their strides in the 1960s. Reynolds Price wins the William Faulkner Award in 1963 for his first novel, A Long and Happy Life, which establishes his place in the pantheon of important Southern writers. More novels follow — 14 in all — along with 24 other books of drama, essays, poetry, and memoir. 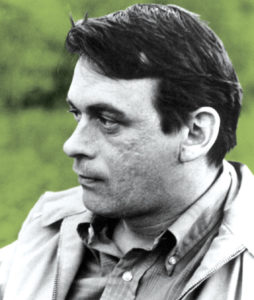 Fred Chappell emerges on the scene in a flurry of creative achievement: Three Southern Gothic novels published between 1963 and 1968 establish him as a literary lion in the mold of Faulkner and Flannery O’Connor. His work includes many more acclaimed novels and short stories, and he is that rare novelist who achieves equal recognition as a poet. Critic Frank Levering writes of Chappell in the Los Angeles Times Book Review: “Not since James Agee and Robert Penn Warren has a Southern writer displayed such masterful versatility. Together with only a handful of his American contemporaries, Chappell reminds us of the almost forgotten phrase ‘man of letters.’”

He is also a professor, teaching at UNC Greensboro for 40 years. With passion, wit, and humor, Chappell and many others pass on to their students the honorable craft of writing, the fascination with stories and sentences, the music of the word. They inspire in their readers a sense of the mystery and grandeur of the place they choose to call home.