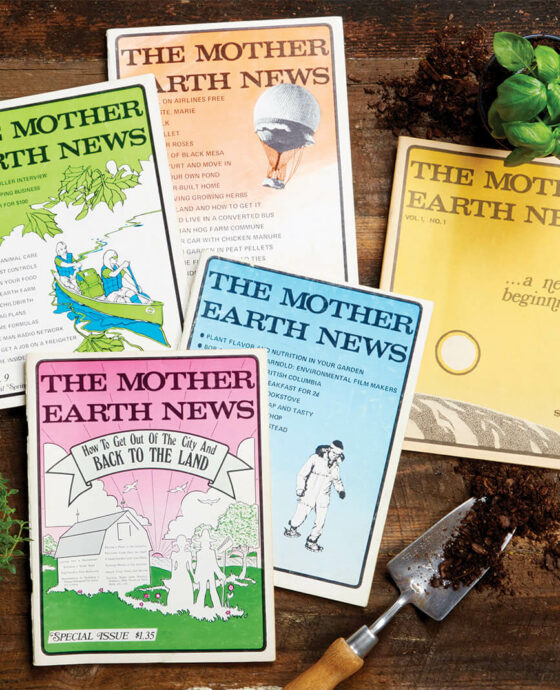 The “Back to the Land” movement emerges quietly, as individuals, couples, and small groups forsake large cities and suburbs to make new, less complicated lives in the countryside. From Vermont to Southern Appalachia, in the Upper Midwest and the Pacific Northwest, these “neonatives” acquire farmland and forested acres at bargain prices, compared to the metro areas they leave behind. Their quest occurs in a confluence of progressive politics, disillusionment with corporate America, newfound environmental awareness, and personal fulfillment.

The New York Times documents the phenomenon: “The movement is deeply antagonistic to the American economic system, whose adherents it sees as controlled by unbridled corporate power, corrupted with surfeit and crazed by an impulse to consume and throw away more and more, faster and faster.”

In an era of automation and consumer plenty, says the Times, the movement harks back to the values of a bygone generation. “It would have more people rely on their own personal resources and labor, especially for their food and shelter,” Roy Reed writes. “One of its mottos is ‘Make Do with Less’ — less machinery, less technology, less everything that comes from and depends on big business.”

An unlikely epicenter for the growing movement forms in a remote county in the mountains of North Carolina. And its bible, created in numbered, bimonthly, $1 installments by John and Jane Shuttleworth, is The Mother Earth News. The husband-and-wife team is later assisted by a small but enthusiastic crew of paid staff and volunteers. 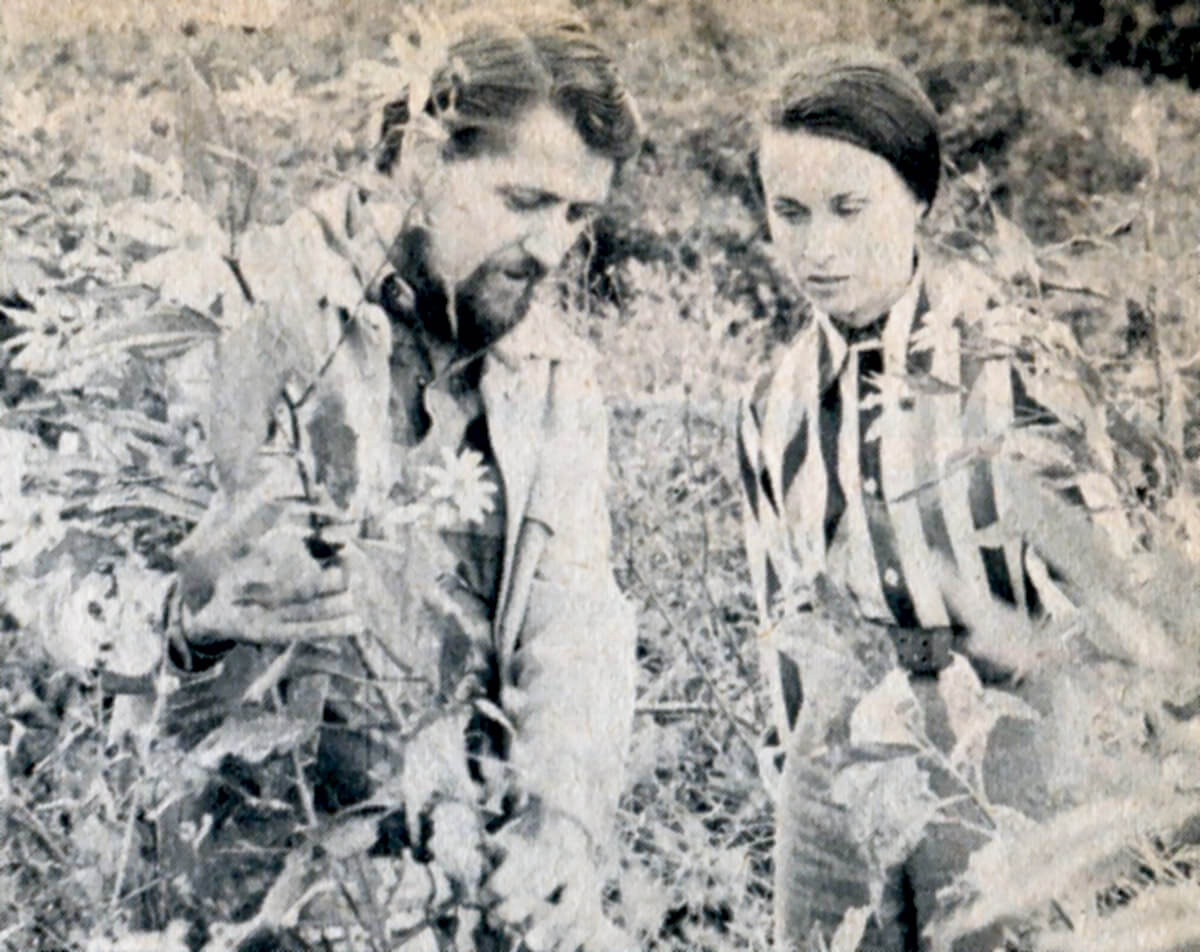 John Shuttleworth grew up on a succession of hardscrabble farms in Indiana, and almost from the time he could walk, he helped with all manner of chores, steering a low-geared home-built tractor by age 4. He survived a serious infection of polio inside an iron lung, and the experience imprinted itself on his character. “Now this was a pretty big number for an 11-year-old to handle,” he declares in a “Plowboy” interview in The Mother Earth News. “Especially since I was declared clinically dead at one point when I was in the iron lung. I still have a vague recollection of floating around up near the ceiling someplace and looking down on my body in that machine. I don’t know if, as the mystics say, I actually left the physical realm or not, but I figure that, from the age of 11 on, everything has been a gift.”

For her part, Jane really is coming “back” to familiar land: “I always wanted to come back here because when I was in college, I came here in the summers and taught horseback riding at summer camps … I just always liked being in the mountains.” She, too, comes from a farming family.

They find a 600-acre tract of pristine land in the Pisgah Forest community in Transylvania County — old-growth hardwood trees climbing steep ridges, lowlands watered by streams and Sundance Lake, with a rich diversity of animal and plant life.

From the beginning, the Shuttleworths are determined not just to make a good life for themselves. They plan to change the world — maybe not all of it, but enough to make a difference. They will gather resourceful, like-minded individuals into a community — the Mother Earth Eco-Village — and publish a kind of newsletter to teach thousands of others how to become self-sufficient on the land.

They start The Mother Earth News on a shoestring — $1,500. Their “office” is the kitchen table. And they are committed to a mission. As John puts it, “The magazine’s most basic philosophy is that what’s best for Earth and the preservation of its delicately interwoven web of life is, by definition, what’s best for humankind.”

The Shuttleworths feel a sense of urgency about their work. “From the very beginning, for instance, we felt that we were in a race with time,” John explains five years in. The planet was being plundered so rapidly, he says, that “we couldn’t afford to take the easy way out and offer Mother Earth News only to the relatively few concerned people who — at any one time — are ready for her ‘save the earth by changing the way you live’ message. For that reason, we’ve always worked hard at finding ways to reach what I call ‘The Great Sleeping Middle Class.’” 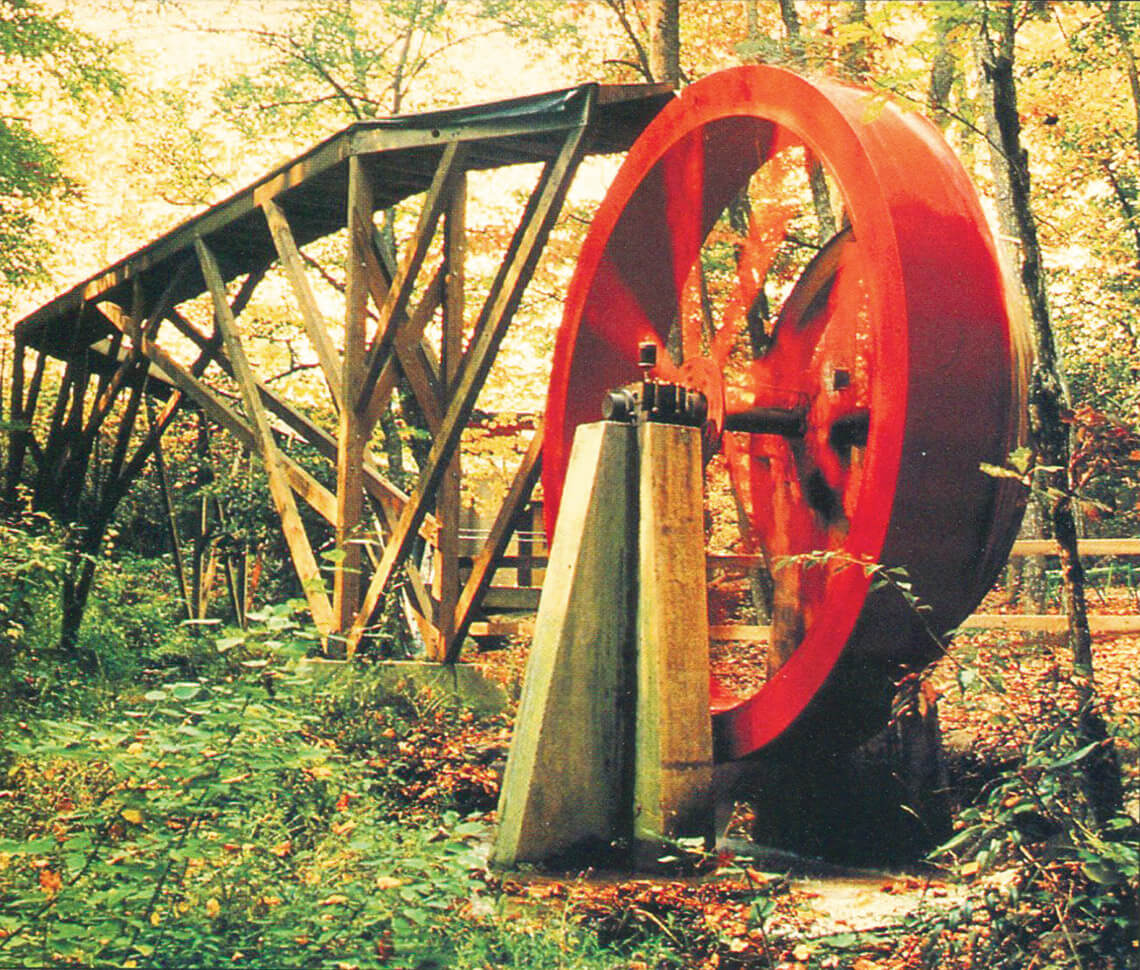 The Mother Earth mission is neatly summarized in a 1975 editorial announcement that a 1,000-inhabitant eco-village has been designed by architecture students at Georgia Tech: “What we need are whole towns that can function without any internal-combustion-engine-powered vehicles at all. Communities that are almost entirely food and energy self-sufficient. Mini-cities designed to operate on — and only on — their incoming solar radiation. Eco-villages laid out so that all waste is immediately recycled into useful products. Hamlets of quiet, serenity, fresh air, and pure water.”

Many back-to-the-landers are naïve suburbanites with a romantic notion of living off the land — unaware of the hard work, ingenuity, and luck that such an enterprise requires. “We tried to head that off by publishing articles by people who had actually done things,” Jane says. “What we were looking for was credibility from someone who had actually gone out and done something, and if it didn’t work out, we wanted to know that, too.”

Their contributors are doers, not theorists, and their writing skills are often rudimentary compared to their abilities as farmers, cooks, or engineers. But they are the real McCoy, and the Shuttleworths and their staff take their hard-earned wisdom and shape it into lucid prose that readers can use to emulate the experts. This dedication to practical authenticity sets The Mother Earth News apart from other magazines that publish only professional reporters. “It’s harder to take a manuscript from someone who is maybe a carpenter and not a great writer and rewrite it and fact-check it,” Jane says, “and that’s what we did.”

Volume 1, No. 1, debuts in January 1970. It features articles such as “The Little Car That Could,” about a steam-powered automobile, and “Living High on $6500 a Year.” A subsequent issue offers “Grow Apples Without Poisons,” “A Beginning Beekeeper’s Course,” “How To Plow With Horses,” and “Free Power From the Wind.” And, recognizing that many “neonatives” will need to supplement their rural livelihood with paid work, articles like “Freelance Cartooning” and “Start a Bicycle Shop!”

“It was about self-sufficiency,” Jane says. And though many back-to-the-landers are expressing a political choice and seeking a spiritual connection, “we stayed away from religion and politics.” 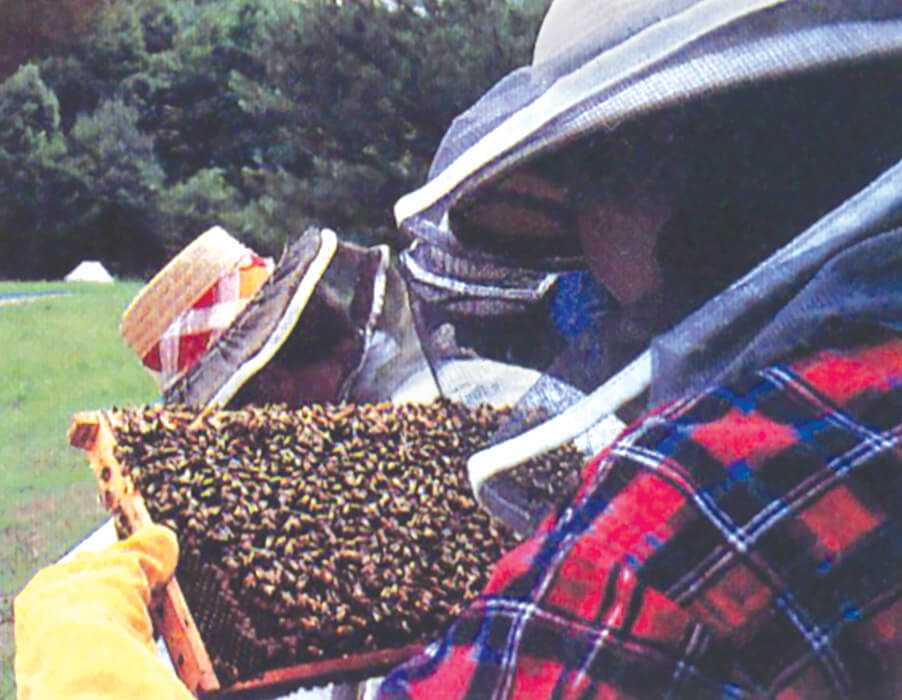 The magazine championed a hands-on style of teaching, especially when it came to homesteading staples like beekeeping. Photography courtesy of OGDEN PUBLICATIONS/MOTHER EARTH NEWS

Their business plan is simply to be genuine. John, who worked at a Madison Avenue advertising firm, understands exactly what conventional industry practices to follow for success — and he and Jane subvert them. A typical magazine of the time might contain 70 percent ads and 30 percent content. The Shuttleworths do the opposite, choosing to have a higher cover price. They sell to subscribers and on newsstands, but they request that unsold copies be returned so they can sell them on backorder. They sometimes have older issues reprinted if needed. They print on recycled paper.

“It was just a lot of hard work,” Jane remembers. “We were stuck in the office all the time and didn’t get to do any of the fun stuff outdoors.” Some of what is being done by eco-village volunteers: farming plots with innovative techniques, harvesting vegetables from a hydroponic garden inside a geodesic dome, and generating power from a waterwheel and solar panels.

The Shuttleworths become victims of Mother Earth’s success. “It grew a lot faster and a lot bigger than we ever expected. We kept outgrowing ourselves. It was hard to keep up.” But the enterprise brings undeniable satisfaction. Readers tend to be fiercely loyal, and many of them feel a deep connection to the magazine. Jane says, “They would write letters to ‘Dear Mother’ and tell their whole life story, as if they were writing to their own mother.”

Eventually, the Shuttleworths sell The Mother Earth News to three of their own staff. By then, the magazine has become a multimillion-dollar national phenomenon, reaching hundreds of thousands of readers, with a staying power that has defied the odds.

As the Back to the Land movement ebbs and flows, many of the ideas championed in Mother Earth’s pages go mainstream: organic farming, recycling, wind and solar energy production, clean water and air, and responsible stewardship of the natural environment.

“I think it made a difference,” Jane says decades later, having survived John and still living in Pisgah Forest. “In terms of protecting the environment, I wish it had made more of a difference.”

She does her best to make that difference lasting. In 2017, she deeds nearly half of her land — 267 acres— to Conserving Carolina, with the aim of conserving even more land in the future.

The magazine she cofounded continues on, outlasting most others of its kind — but that’s misleading, because there never really was another publication quite like it. And now, its old homeplace in Pisgah Forest will remain forever a slice of paradise saved.