Coaches call it “heart” — that unteachable quality of always reaching for more; of striving to be faster, higher; of never quitting. Mike Jordan — a slender, 5-foot-8-inch-tall kid with big hands and quick reflexes, now in his sophomore season at Emsley A. Laney High School in Wilmington — has heart.

His father, James, an Air Force veteran who works at General Electric, has been his biggest supporter, and his older brother, Larry, his most determined rival. The boys play one-on-one basketball on a court behind their house, and the games are fast and rough.

“I always played hard,” Jordan recalls. “Sometimes it would end in fighting.”

Jordan was a star player in Little League baseball, and his father saw his potential to become a major leaguer — as did others. “Michael pitched in an all-star game against my son when he was 12 years old,” remembers William Henry Jordan, a cousin. “He struck out all 12 batters he faced, if I remember correctly … We were sure that day when we watched him that MJ would be a pro player.”

But basketball gradually becomes his focus. “The basketball court was always my refuge,” Jordan writes later. “That’s where I went when I needed to go somewhere to find an answer to a problem.”

Jordan astonishes fans by scoring 44 points against Burgaw — in a game in which each quarter is just six minutes long.

At D.C. Virgo Middle School, where he shoots baskets every morning before classes, Jordan astonishes fans by scoring 44 points against Burgaw — in a game in which each quarter is just six minutes long.

Now, as the best player on the ninth-grade team at D.C. Virgo, he fully expects to make the varsity roster as a sophomore at Laney. He waits anxiously for Coach Clifton “Pop” Herring, the young coach at the three-year-old school, to post the team list — and suffers a crushing disappointment: “It was there for a long, long time without my name on it,” Jordan recalls. He walks home alone. It’s a bitter moment that he never quite lets go of. “I went to my room and I closed the door and I cried,” he recounts.

But he just isn’t tall enough to compete on the varsity team. And on the jayvee squad, he gets lots of court time and can develop his skills as a shooting point guard, scoring 44 points in a game against Southern Wayne High School.

Then, during the summer before his junior year, aching knees signal a growth spurt. By the time his first varsity season begins, he stands 6 feet 4 inches tall — and will eventually stand 6-foot-6. He remains as quick and sure-handed as ever.

The slight he feels for not having made varsity as a sophomore makes him more determined than ever to prove himself.

The slight he feels for not having made varsity as a sophomore makes him more determined than ever to prove himself. In his first varsity game, an 81-79 win against Pender High School, he racks up 35 points. In other games, he scores 40 points, 42 points. Sick with the flu, he suits up anyway and gets seven points against Southern Wayne. During his junior season, he averages 24.6 points and 11.9 rebounds per game, but the Laney Buccaneers are knocked out of the league championship tournament in the first round.

Jordan hates losing. “I don’t care if it’s tiddlywinks — he wants to win,” recalls Laney’s then-assistant coach, Ron Coley. “He was a good enough athlete to not have to work hard and still be very good. But he was the hardest-working athlete I’ve ever known.”

Following Jordan’s junior year, a young assistant coach at the University of North Carolina at Chapel Hill invites him to a camp run by Coach Dean Smith and his staff. For as long as Jordan can remember, he has dreamed of playing for the University of California, Los Angeles. But though he receives about 250 letters of interest from college programs, UCLA is not among them. Instead, Smith personally travels to Wilmington to meet with Jordan, his parents, and the Laney coaches. Jordan recalls, “Coach Herring and I decided that we’d sign early before the [high school] season starts so that I could just play basketball and play up to my ability.”

After Jordan’s last high school season, he scores 30 points — a new record — in the McDonald’s All American Game. In his first game as a Tar Heel, he comes out shooting, netting 12 points. The season finishes with the NCAA championship against Georgetown at the Louisiana Superdome. On the bus to the final game, he daydreams about hitting the winning shot. “I wasn’t completely awake and I wasn’t completely asleep,” he writes later. “I was in a comfortable place somewhere in between.” He does indeed sink the winning shot, for a 63-62 victory. He tells his father about the vision he had on the bus. “Your life will never be the same after that shot,” James tells him.

It’s one more moment of communion between a son and the father whom Jordan always counted as his best friend. “I think my father saw some things in me that I couldn’t see in myself,” he writes.

In Jordan’s second UNC season, he is a consensus first-team All-American, and The Sporting News awards him the title of College Player of the Year. 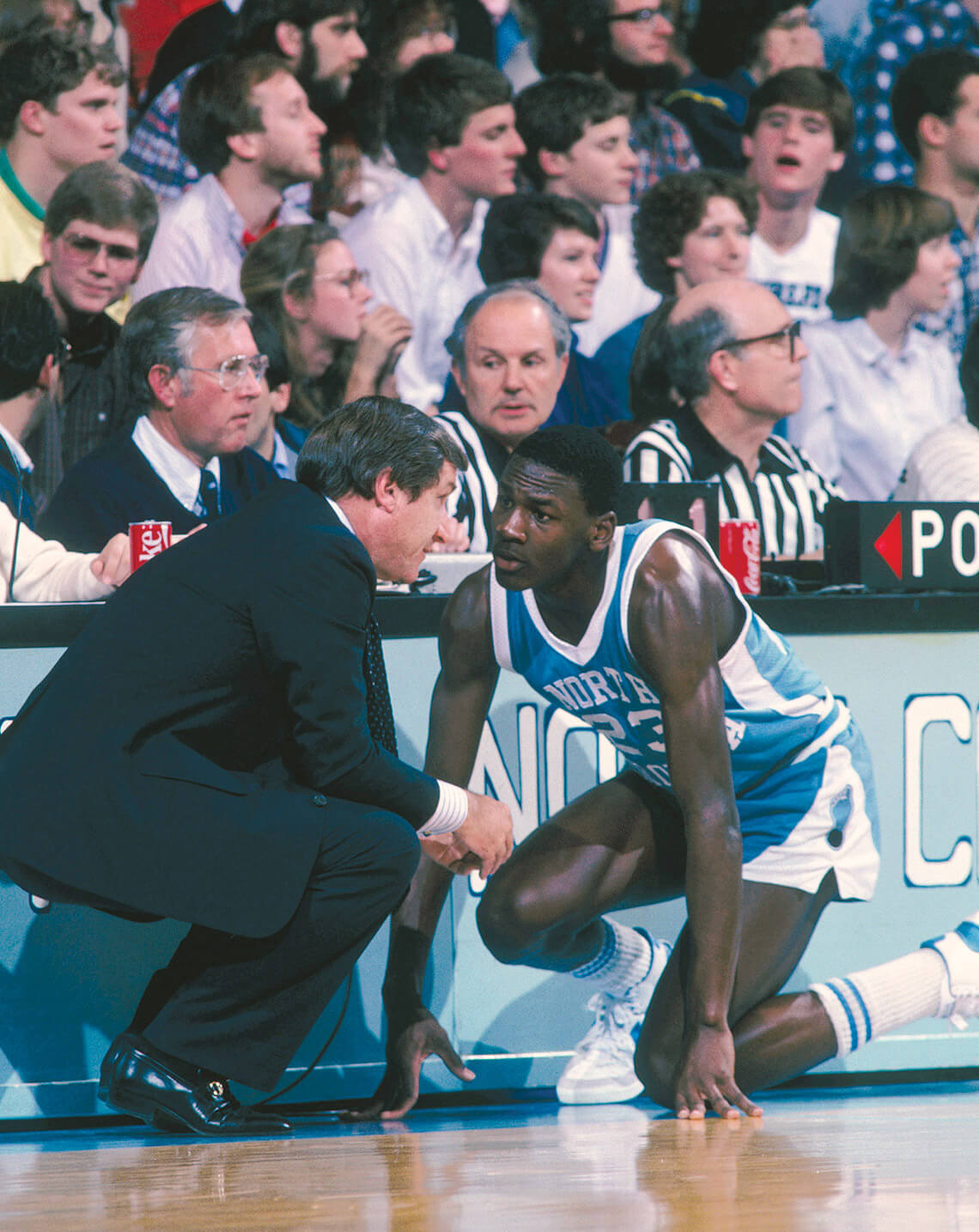 During three seasons at UNC, Jordan grew close to Coach Dean Smith (left), later recalling, “He was more than a coach — he was my mentor, my teacher, my second father.” photograph by FOCUS ON SPORT/CONTRIBUTOR/GETTY IMAGES

In the 1983-84 season, Jordan leads the Tar Heels with 25 points in a double-overtime win against the Duke Blue Devils, a perennial rival — against whom he has scored 159 points, more than against any other team. He adds to his honors: Naismith College Player of the Year and the Wooden Award.

In 1984, Jordan scores 137 points in eight games at the Summer Olympics, including 20 in the final against Spain, bringing home a gold medal.

After his junior season at UNC, Jordan turns pro, drafted by the Chicago Bulls for a multimillion-dollar contract. Yet his newfound wealth does not distract him from his goals on the court. He says, “The better I got, the better I wanted to become.”

He wins an important concession in the NBA Uniform Player Contract, which usually bans certain athletic activities in the off-season — including basketball — unless authorized by the team. “There was no way I could live with that kind of restriction,” Jordan writes. “I needed to play. Not only had I always found comfort on the court, but I used the summer to improve.” He succeeds in having the Bulls add what he calls a “love of the game” clause. 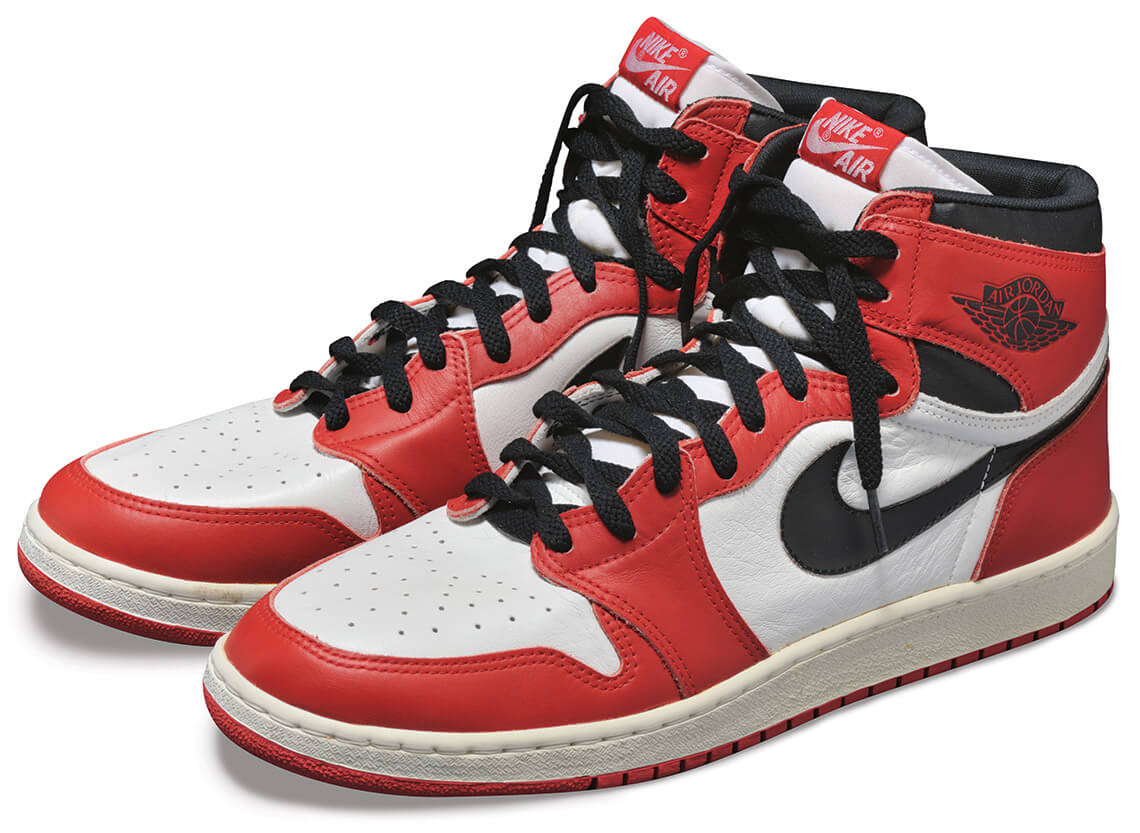 In his debut NBA game — a victory against the Washington Bullets — he scores 16 points wearing the No. 23 jersey. He finishes the season as Rookie of the Year, averaging 28.2 points across the entire schedule of 82 games.

The season is also notable as the one in which he scores a major promotional deal with Nike. In a preseason game, he laces on a pair of black-and-red sneakers — in violation of the NBA’s “uniformity of uniform” policy. When the league issues an official letter about the shoes, Nike seizes the opportunity to create an ad campaign for their new “Air Jordan” sneakers. The company produces a commercial in which the camera slowly moves from Jordan’s head to his feet. “When the camera hit the shoes, a big ‘X’ was stamped on the screen and the announcer said, ‘Banned,’ ” Jordan reports. “Right after that, sales went crazy.”

Once in a generation, an athlete comes along who changes the game. Babe Ruth turned baseball into a home run derby. Pelé brought soccer onto the world stage in an acrobatic tour de force. Muhammad Ali endowed boxing with celebrity status in mainstream pop culture.

Michael Jordan turns basketball into an aerial ballet. In the 1986-87 season, he runs up a streak of nine games in which he scores 40 or more points. Even viewers who have little interest in the NBA watch, transfixed with delight, as “Air Jordan” performs another seemingly impossible feat of scoring against opponents who seem powerless to guard him.

George Mumford, a former college basketball player turned sports psychologist, observes that elite athletes push themselves into a high-intensity “zone” of performance. “The more you have those moments in the zone, the more you want to have them,” he says. “Most people can’t sustain it. His ability to find that state, his ability to concentrate, his ability to lock in were almost superhuman.” 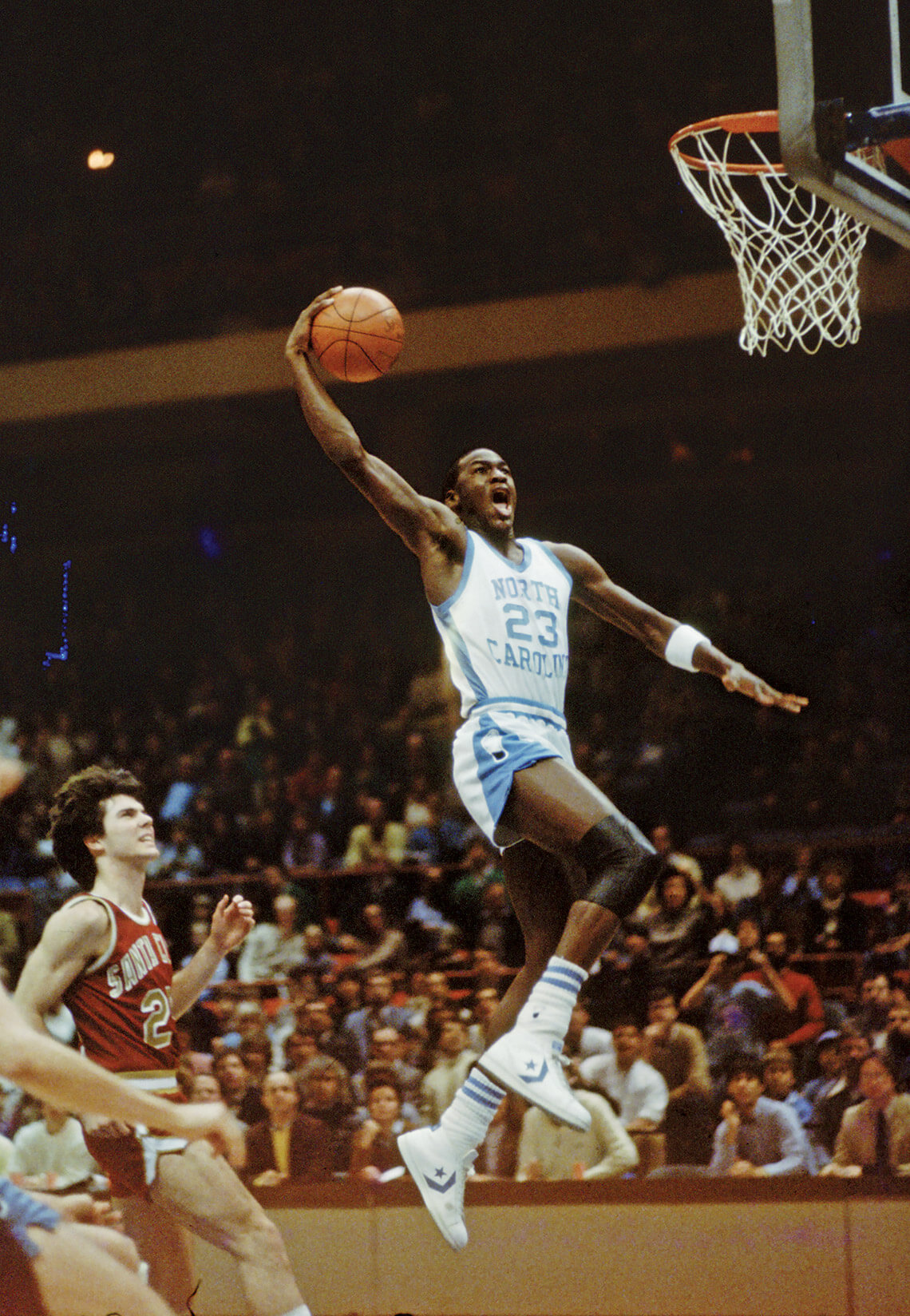 During Game 2 of the first round of the 1986 playoffs, the Bulls lose to the Celtics in double overtime at the Boston Garden. But Jordan scores 63 points, setting a record for points scored during a playoff game. Afterward, Larry Bird — himself a Celtics legend — remarks, “I think he’s God disguised as Michael Jordan. He is the most awesome player in the NBA.”

The darker side of having “heart” is that the very competitive drive to outperform your own last best effort renders defeat intolerable. It makes everything that interferes with that quest for greatness, however minor, into a personal slight that fuels the next performance but also leaves you alone in the glare of the limelight.

“I may go as far to say Mike ruined basketball,” his longtime Bulls teammate and fellow Hall of Famer Scottie Pippen writes. “In the ’80s on the playgrounds, you’d have everyone moving the ball around — passing to help the team. That stopped in the ’90s. Kids wanted to be ‘like Mike.’ ”

But fans remember Michael Jordan as another kind of game changer: the long, graceful figure launching himself above the fray, seeming to defy gravity, floating in slow motion above the up-reaching arms of the best competitors in the game, rising above the net as if he will just keep gaining altitude, flying through an ascending arc, one big hand grasping the orange ball, mouth open and tongue out like a happy kid, forever airborne.