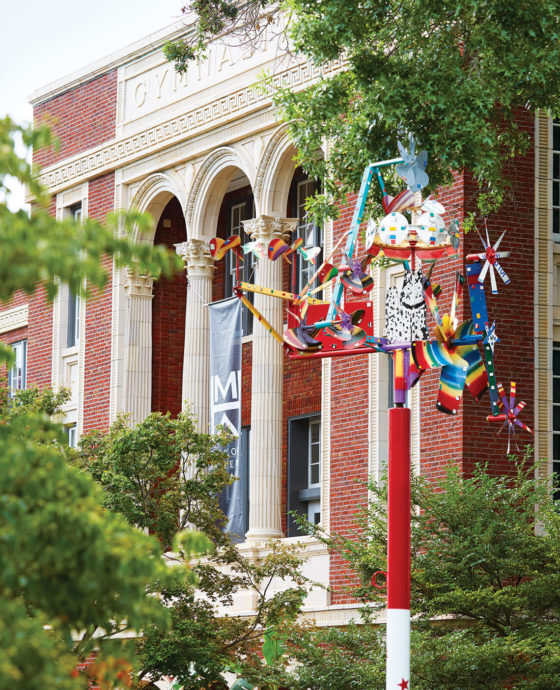 On that February evening in 1944, the nation remained mired in World War II. The latest wave in a harrowing polio epidemic would soon sweep through Catawba County. But that winter night had brought reason to celebrate. Hickory was opening what only one other city in North Carolina at the time could claim: its very own art museum.

A university ensemble sang for the crowd inside the Hotel Hickory. A Lutheran pastor said a prayer. A former governor called the moment monumental in the life of the community. Mayor Walker Lyerly described the museum as the latest blessing in a city with a growing list of them. Then, he made a prediction: “Knowing Hickory people the way I do,” he said, “I know that this museum will be a complete success and will become one of the best in the country.”

Listening in the audience that night was the 32-year-old man who had willed that moment into being, and who was determined to prove Lyerly right. 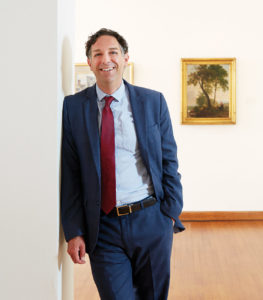 More than 75 years later, Jon Carfagno unlocks the entrance to the Hickory Museum of Art (HMA) on a bright weekday morning. Sunlight spills through the windows of the historic former Claremont High School, which has housed the museum and the city’s science center for several decades.

On the walls hang paintings from the museum’s sprawling, 2,500-piece collection of American art, mostly from the 19th and 20th centuries. Among them: prized works from famed landscape artist Thomas Cole, Impressionist Edward Henry Potthast, and master portrait artist Gilbert Stuart. There are also newer acquisitions from contemporary artists like Juan Logan and Joseph Kosuth.

Pottery, glass, and metal creations from North Carolina artists adorn one of the gallery spaces. Nearby, the museum’s extensive folk art collection unfolds in bursts of color. It features work from artists across the South and also just miles down the road, including that of Minnie Reinhardt, sometimes referred to as the “Grandma Moses of Catawba County.”

Carfagno, the executive director since 2017, beams as he shows off the impressive collection. But he insists that the museum has an asset more valuable than any painting: the community that gives it life and meaning.

“We want to be so much more than just a place where pictures are hung on a wall. We want to be a catalyst for new ideas, new conversations,” he says. “This should be a place where all people are welcome, included, and engaged. … That’s a really important social function we can play in a world where empathy and social connectedness are growing increasingly rare.” 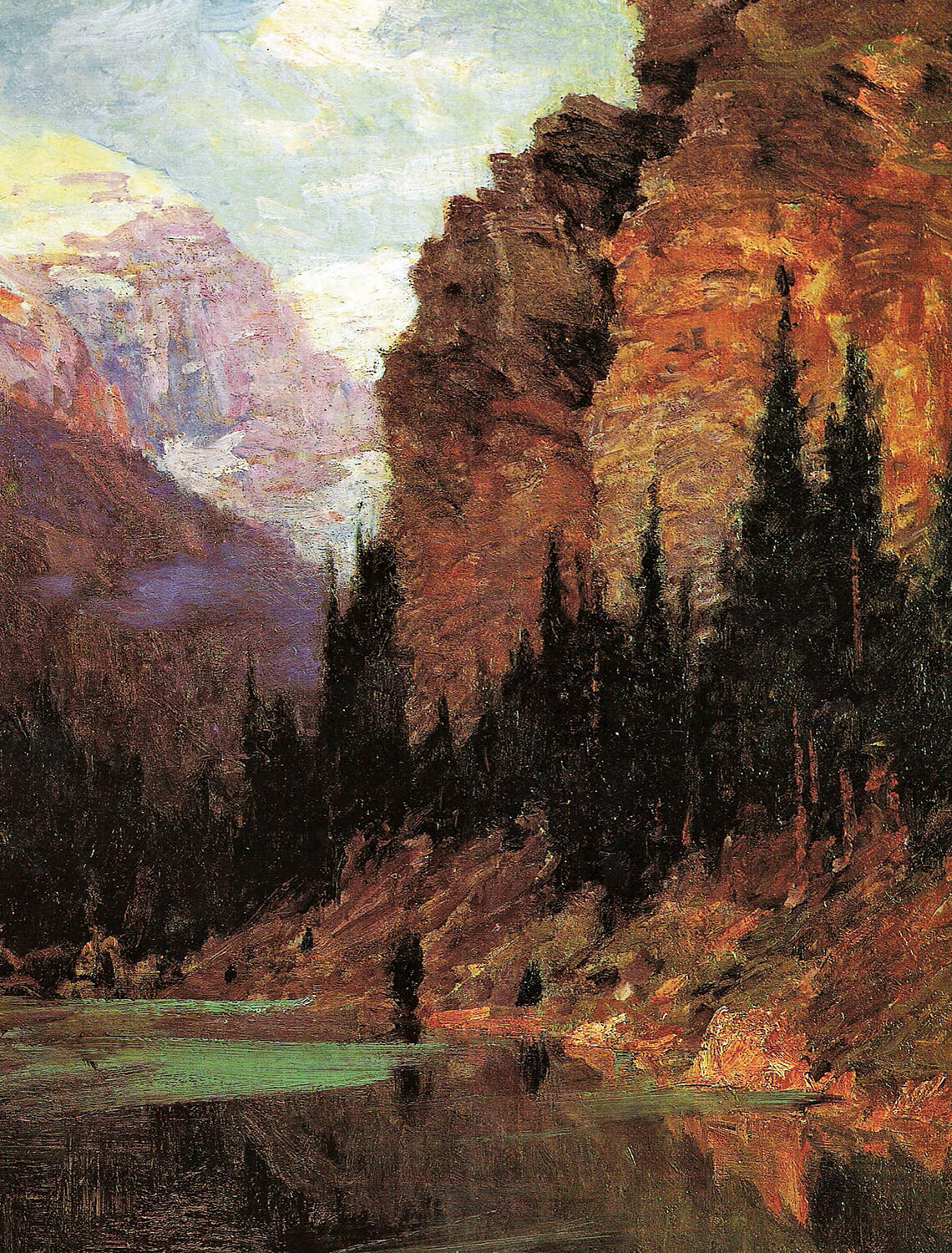 It’s a role that the museum has played in this corner of North Carolina for three-quarters of a century. Though there is a suggested donation, there is no entrance fee. Generations of schoolchildren have not only learned about art here, but they’ve also seen their own work prominently displayed and celebrated in an annual art show. The galleries have featured well-known national artists — from famed American photographer Steve McCurry to an Andy Warhol exhibit planned for 2021 — and also regularly highlight local and regional artists.

“There are not many cities like Hickory, where you can have that kind of exposure to this kind of art and talent and vision,” former Mayor Jeff Cline says. “It has exposed me to things that I wouldn’t get to see outside of a large exhibition in a large city.”

That’s saying something, considering that Cline has traveled to more than 120 countries and last year saw his own photographs from around the globe featured in an exhibit. “It’s not what you’d expect in a city of 40,000,” Cline says. “This is a small-city museum that doesn’t understand it’s in a small city.”

The Covid-19 pandemic might have forced an unwanted quiet upon the museum during much of 2020, but it didn’t bring the creativity within its walls to a halt. On this day, even with the doors closed to the public, local painter and illustrator John David Brown III is busy filling a downstairs gallery with his whimsical, storybook-esque paintings. Upstairs, in the museum’s main gallery — formerly the high school’s gymnasium — a blank canvas that’s 75 feet across and 10 feet tall stretches along one wall.

“We are opening our space to provide a stage for creative and artistic expression that is an outlet for the anguish, distress, and pain that define our world today, as well as the spirit of hope and possibility that will help build a new tomorrow,” the museum wrote on its website, inviting people to submit ideas to contribute to the collective project. The goal: to help Hickory turn the angst of 2020 into a living piece of art.

“We’ve really worked hard to create engagement with each thing that we do,” says Clarissa Starnes, the museum’s associate director. “There is a way to connect through art that is just so powerful and moving.”

The museum began with a love story. 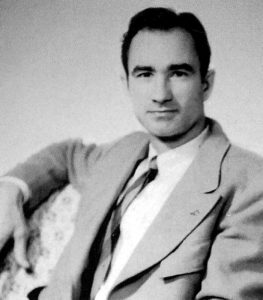 In the summer of 1935, Paul Whitener — a son of Hickory, a Duke University football player, and a journalism student — found himself in the North Carolina mountains, working with the planners of the Blue Ridge Parkway near Little Switzerland. There, he met a young art student named Mildred “Mickey” McKinney.

Paul and Mickey married the following year, and she encouraged her husband’s newfound passion. He pursued some formal art instruction, but he also befriended accomplished artists who helped guide his painting and provided the couple with introductions into the New York art world.

By the early 1940s, Whitener had become an adept artist who painted both landscapes and portraits — sometimes on commission, sometimes with Mickey as his model and muse. And he’d also grown determined to share his love of art with his hometown. “I am going to make Hickory an art center,” he vowed in a 1943 Hickory Daily Record article.

“Paul was just kind of a force of nature,” his niece Julie Cline recalls. “He was persuasive. And not the used-car-dealer type of persuasive. People just had confidence in him.”

Early on, the Whiteners relied on friends near and far to help get the museum off the ground. One local benefactor helped fund the museum’s first acquisition — an oil painting by landscape artist F. Ballard Williams — for $140.

In 1954, when Whitener learned of an estate auction in New York that included works by prominent American artists, another supporter loaned him $1,000. “And I need your station wagon,” Whitener famously added. The trip yielded more than a dozen paintings, among them some of the museum’s most treasured pieces.

“We didn’t just do this overnight. We have earned our niche in the world of art.”

From humble beginnings, HMA eventually moved to a stately Victorian home on Third Avenue. Still, there were hiccups. During one reception, the floorboards in the gallery suddenly gave way, plunging startled guests roughly two feet into the foundation below. “Luckily, it didn’t have a basement,” Mickey joked to The State magazine in 1989, reflecting on leaner years. 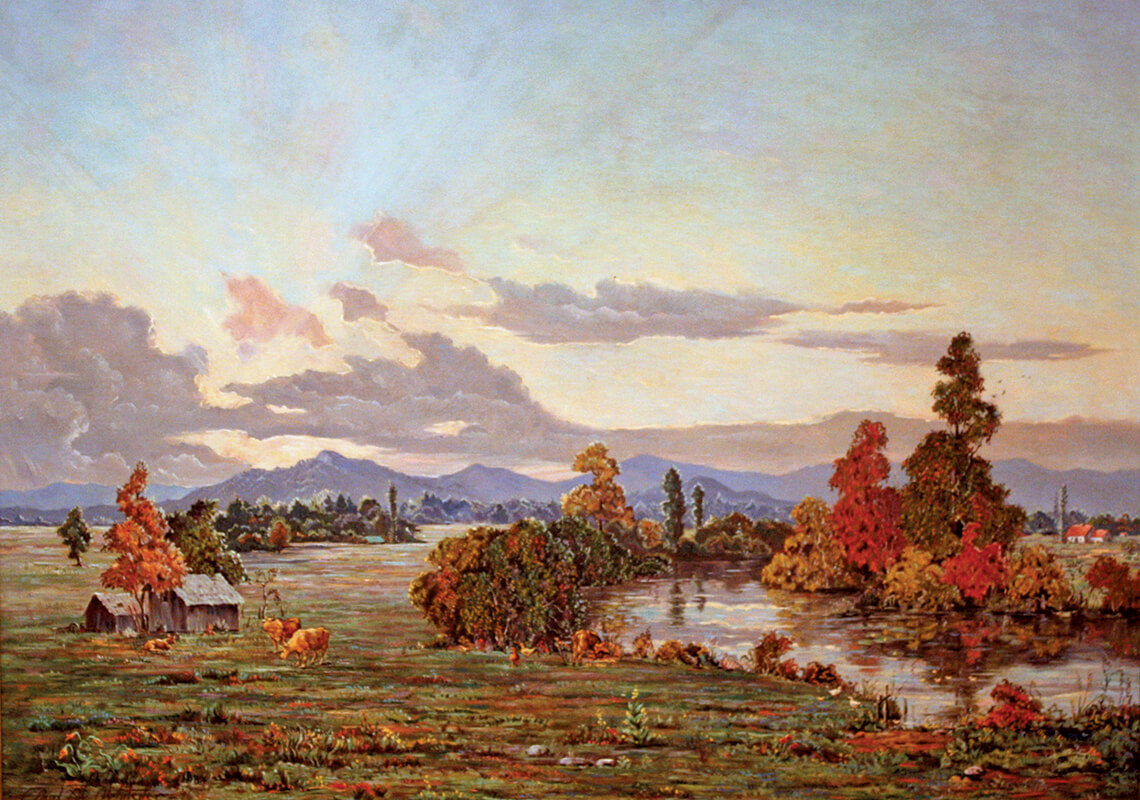 HMA visitors not only get to see the many paintings that Paul Whitener acquired for the museum, but they also can view works he painted, like Catawba Valley. painting by Paul Whitener

Paul Whitener didn’t live to see how much his beloved museum would grow and thrive. He developed a brain tumor in the mid-1950s that paralyzed his right side, though he continued to paint. In 1959, he died at the age of 47.

Even as she later remarried, becoming Mickey Coe, his wife stayed on as the museum’s director into her 80s. She shepherded it through two moves, a growing outreach and education program, an expanding art collection, and, in 1991, a national accreditation from the American Association of Museums.

“We didn’t just do this overnight,” Coe, who died in 2008, once said of what the couple had accomplished together. “We have earned our niche in the world of art.”

The Whiteners’ spirit still lingers in the institution they nurtured for more than half a century. The museum’s main gallery is named in honor of Mickey Coe. The annual student art show carries Paul Whitener’s name. And in a hallway outside the staff offices, a small portrait of him hangs, movie-star handsome, a daily reminder of the outsize ambition that has existed from the start.

“He was bold enough to say that Hickory deserved a top-notch museum,” Carfagno says. “Our whole team still lives and breathes that.”

Although the museum has evolved over the years and broadened the scope of its exhibitions, there remains an unmistakable mission: to make art accessible and stimulating, not stale and stuffy. “This is what Paul envisioned, that this would be an exceptional museum,” says Jeff Cline, the former Hickory mayor.

Julie Cline, Whitener’s niece, acknowledges that “some things might surprise him if he popped in here from the 1950s, and that’s OK.” Times change. But she thinks he’d be delighted by the museum’s creativity, vitality, and inclusiveness. “It’s the spirit and the idea of wanting a lot of different people to participate and learn,” she says. “I think it’s even more true now than it was in his time.” 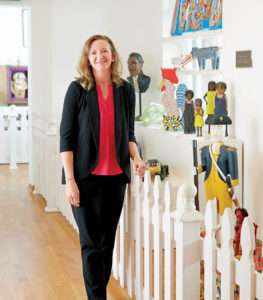 On most mornings, Starnes arrives early to check the temperature and humidity in the building’s storage vault and across its more than 10,000 square feet of galleries. There, among the sea of paintings, she feels at home. “That’s a very spiritual experience,” she says, adding with a laugh, “I do talk to the art. And I tell Paul good morning when I walk through.”

A Hickory native, Starnes grew up knowing little about the museum in her backyard. It was meant for people with a certain background, she assumed then, or for those who knew more about art than she did. Now, she couldn’t feel more differently.

“That’s a stigma that’s so unnecessary,” she says. “We would never want anyone to live in this community and have the same story I did. I want it to be an experience for people, and my hope is that it is always a life-changing experience.”

Like Whitener, she discovered in art a life-altering experience of her own. And like Whitener, sharing that with the people of Hickory has become a calling. “It’s so important to keep this going, because it’s so valuable,” Starnes says. “I feel a responsibility to make people love it as much as I do.”

The Hickory Museum of Art. photograph by VisitNC.com