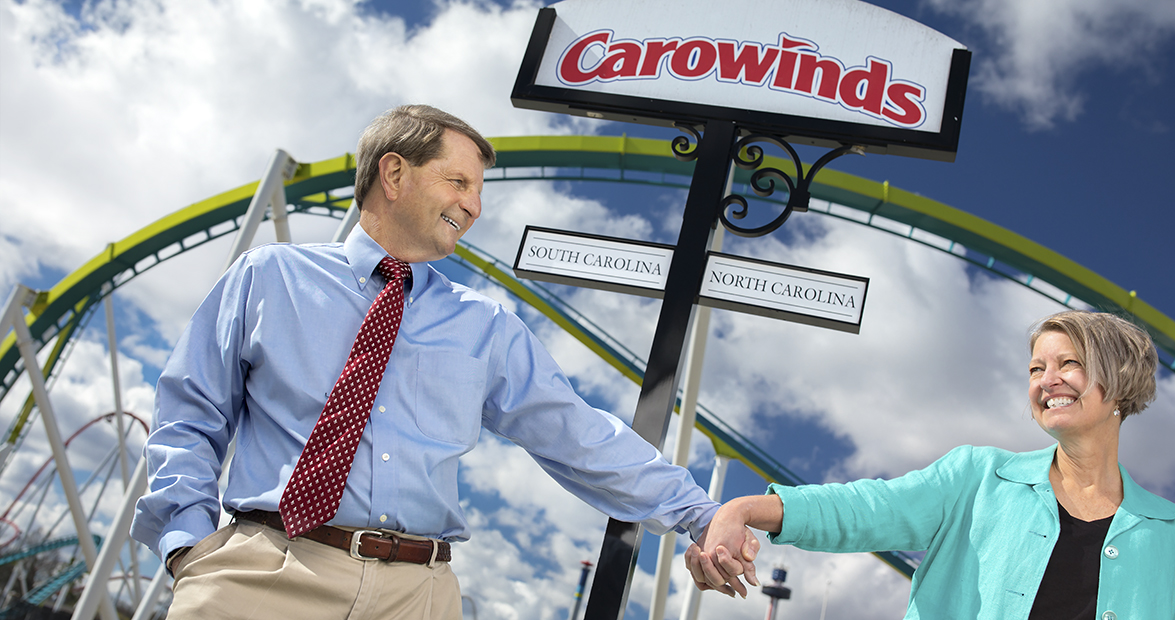 Jerry Helms was a 21-year-old security guard at Carowinds. He was from nearby Lake Wylie, South Carolina. Irene Waterman, 19 at the time, was from Charlotte. She sold balloons. One day, Jerry and Irene were hanging out at the back of the amusement park, near the covered bridge and waterwheel. “So,” Irene began, “you came all the way from South Carolina to work here?”

Reader, she married him. Eventually.

That little moment happened more than 40 years ago, but it’s an example of how Carowinds is more than a place to ride roller coasters and eat ice cream. Its founder, E. Pat Hall, wanted to create a place that would bring North and South Carolinians closer together. To that end, he built the only amusement park that straddles a state line. The border, which is clearly marked at the entrance and in a plaza with signs and bricks, is one of the most photographed places in the park. (At one time, Hall planned to build a football stadium on his property, with the border running straight down the 50-yard line.) 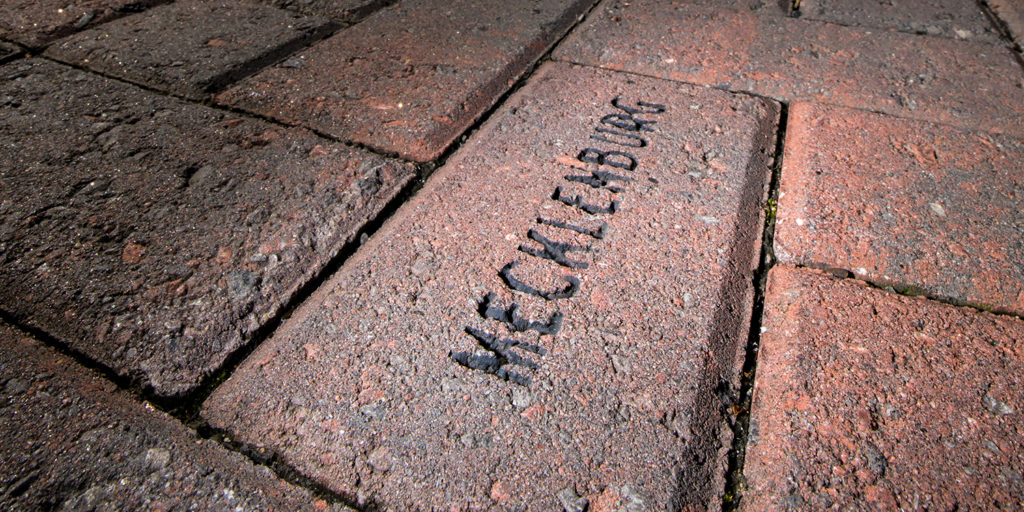 The state line running through the park is clearly marked, and every county in each state is represented on bricks. photograph by Jerry Wolford & Scott Muthersbaugh

Jerry, now the vice president of operations at the park, says that the border issue has created some management quirks and fun history: Thunder Road, a now-demolished roller coaster, was the last ride that ran between both states. A store that once sat on the line calculated state sales tax based on which door a customer came in. Beverage carts have to stick to one state or the other.

But the border has bridged two Carolina cultures, too. Employees working summer jobs have their horizons broadened just by being near each other. Kids from South Carolina get to know kids from North Carolina. “That didn’t happen before,” Jerry says. A lot of them become friends or date. Some of them, like Jerry and Irene, get married. Their romance is the stuff of Carowinds legend.

There’s another Carowinds legend that Jerry likes to share. Before Hall bought the property, he was walking around one day with the farmer who owned it. Hall laid out his two-state vision, but admitted that he was still trying to come up with a name for his new park. Right then, a big gust of wind rustled the grass, and the farmer turned to Hall and said, “The wind don’t know no state line.”