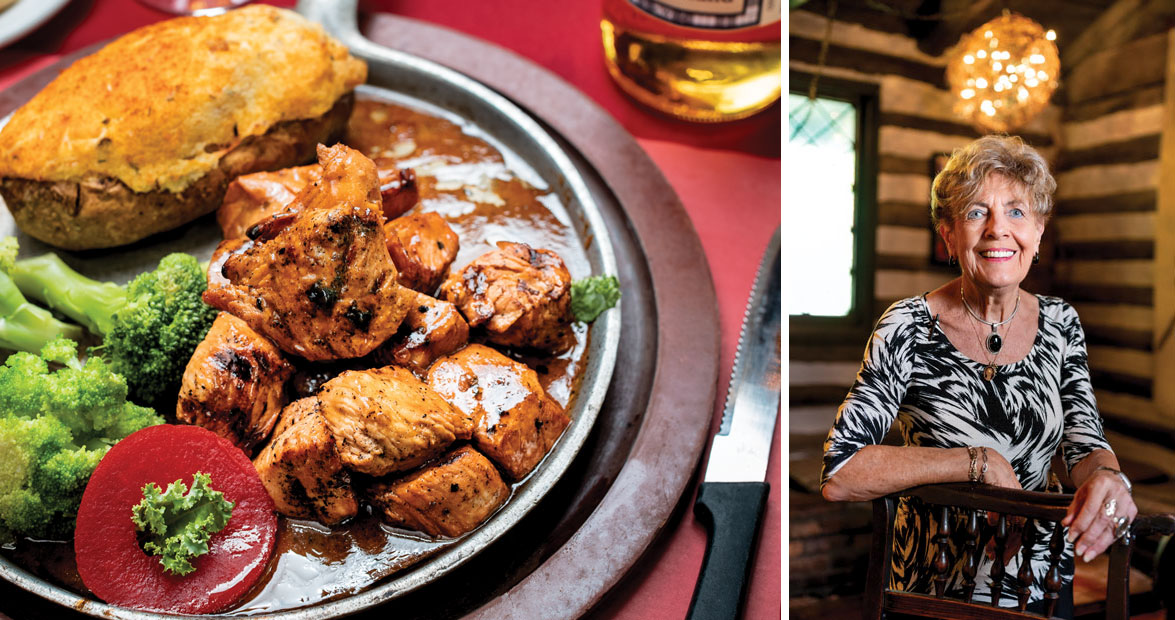 “I kept hearing people talking and laughing,” she recalls, “like they were having a good time.”

The restaurant had closed, however, the good times over for the night. Bratcher went to investigate, but before she could track down the ruckus, she says, “the sound faded away.”

She found no late-night revelers. She heard no more noise.

Strange? Not to Bratcher and the 20 or so employees of The Country Squire’s restaurant, inn, and winery. They accept that the place is home to ghosts — benign and often festive spirits who materialize as shadowy characters in the Baronial Hall, sudden brushes of chilled wind in Ye Olde Mead Hall, jovial chatter in the Jester’s Court, and mysterious footsteps along the circuitous hallways. The Country Squire has such a ghostly reputation that a dozen paranormal-research teams have staked out the restaurant, usually detecting an intriguing, if indefinite, ethereal energy.

“It’s gotten to the point,” Bratcher says, “that if something has been moved in or out of the way, we’ll all say, ‘Well, it’s a ghost.’”

No one knows why the spirits hang around — the business possesses no mysterious past, no legends that shroud it. But it’s clear why locals and beach-bound travelers from Raleigh, Greensboro, and other points west visit The Country Squire: They’re drawn by the rural location, a sleepy, seven-acre hollow in the Duplin County oak and pine forest along NC Highway 50, two miles northwest of Kenansville. They find comfort in the rambling restaurant with its brick and hand-hewn log walls, early American decor, and an adjoining 18th-century farmhouse that serves as the wine-tasting room and gift shop. The late Joe West — the country squire himself — built the restaurant in 1961 and nurtured it into an area landmark. 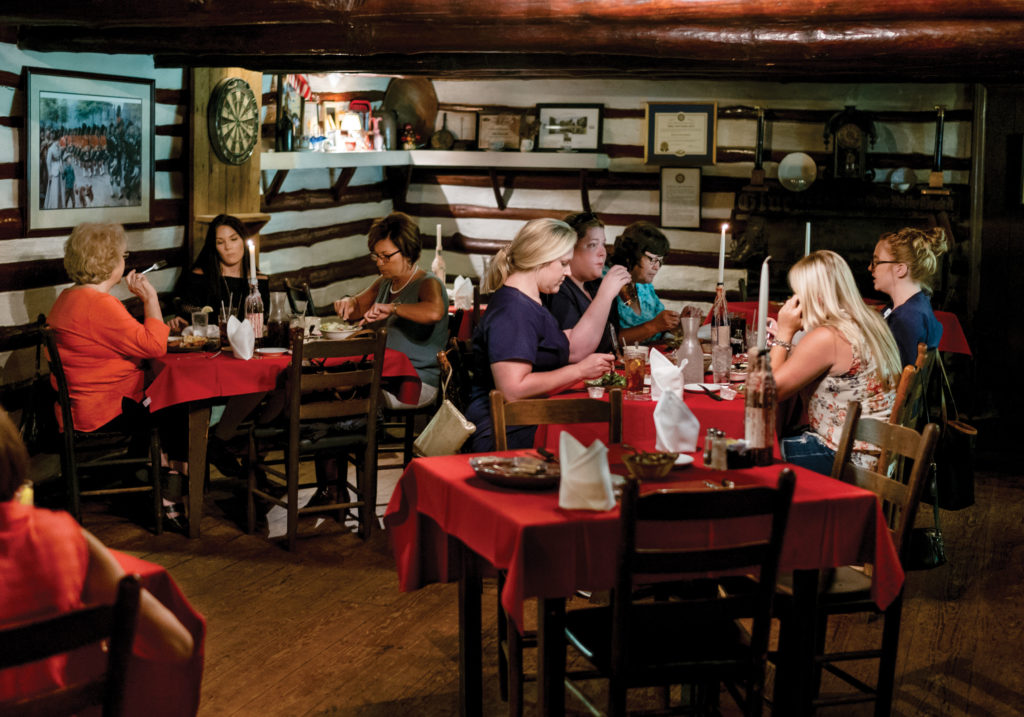 Many pieces make up The Country Squire: bricks and wood from historic structures, art and furniture from old homes, and a winery celebrating the owner’s Scottish heritage. photograph by Charles Harris

In January, visitors are lured inside by bagpipe music and haggis with neeps during the annual celebration honoring Scottish poet Robert Burns — an event organized by owner Iris Lennon, a native Scot who has been associated with The Country Squire for more than 40 years. A tartan banner in the foyer reads Céud Míle Fáilte — Scottish Gaelic for “a hundred thousand welcomes,” even to those from the great beyond.

But mostly, visitors come for rib-eye steak, spinach-stuffed chicken breast, and Korean barbecued beef. Some even brave the restaurant’s Kilt Buster challenge: a monstrous 72-ounce steak with all the sides and trimmings. Anyone who can devour the massive meal in an hour may eat for free. (Those who can’t must produce $140.)

Indeed, spirits abound at The Country Squire — as wine, which the business began making in 2006, under the direction of Lennon’s daughter and son-in-law Loraine and Robby Smith. The winery makes liberal use of scuppernong and muscadine grapes, and the wine labels suggest not spookiness but Scottish-ness: Ayrshire’s Gem, Plockton’s Finest, and Sunken Garden Thistle.

The ghosts seem to have a taste for it. More than a few tales describe the apparitions appearing at the restaurant bar or near the steps to the wine shop.

“All the employees have their own stories,” Loraine says. “They say the spirits are attracted to this place because it’s a place of celebration and laughter.”