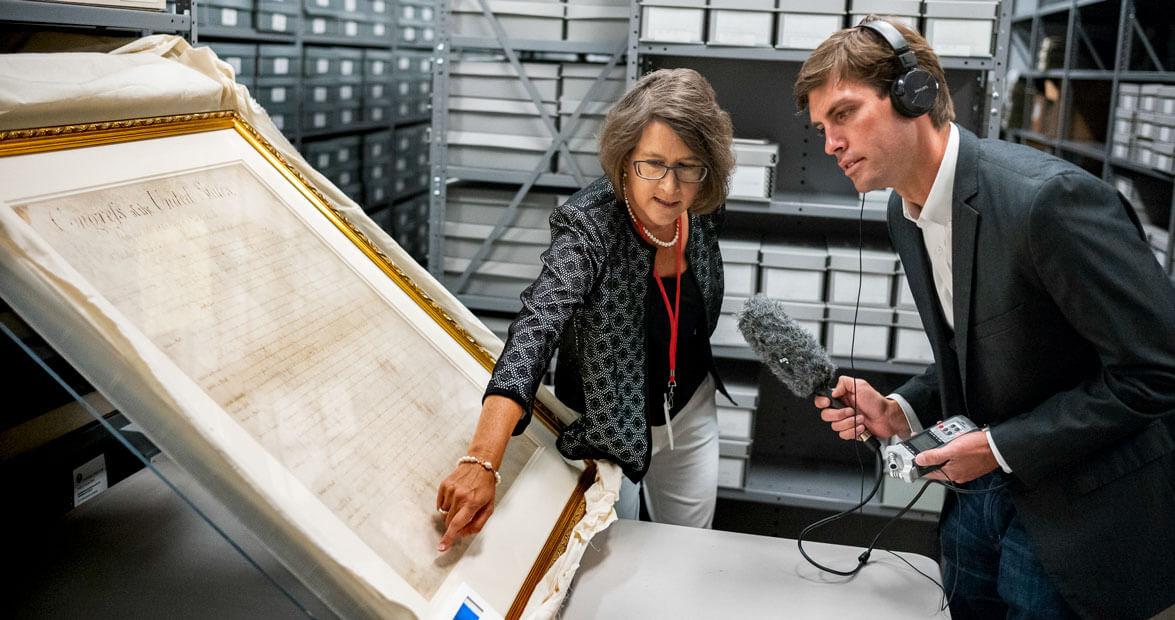 In 1789, North Carolina, like the other 12 original states, was given an original copy of the Bill of Rights. And then:

The priceless document is now kept in a secure underground vault in Raleigh. A while back, we got a chance to see it up close, and we talked to many of the people involved in bringing it home to North Carolina, from former governor Mike Easley to the undercover FBI agent who was in the room when it was seized on March 18, 2003. That agent, Robert Wittman, recounted the moment when he first saw the document for an episode of Away Message, Our State’s podcast:

Robert Wittman, FBI agent: We had agents in the lobby of the building. We had agents on the street watching for this piece. And it was delivered by basically a bicycle messenger. A guy came on his bike to the building. Parked his bike. He was carrying the document, which is a large document. It’s like 3 1/2 feet high. He was carrying it in a common cardboard carrier. It wasn’t rolled up. It was flat. And he comes into the building with this thing, comes up to the offices and he comes in. We put it into a conference room and opened it up. It was amazing to see this piece. It was the original document from 1789 that George Washington had sent. Had John Adams’s signature on it. Had sent to the state of North Carolina for ratification.

Jeremy Markovich, Our State writer: So do you remember what you said, what your reaction was when you actually saw it?

Wittman: I said, “That’s really a neat looking piece isn’t it?” (laughs) It was like “Wow, that’s the Bill of Rights!”

You can listen to the rest of the episode below, and subscribe to Away Message on Apple Podcasts or on your favorite listening app.