The trees tell the story. Part of the story, at least. These are soaring old oak trees with full 360-degree crowns. I’ve written about homestead oaks before, those sentinel trees that once flourished in the full sun of a farmhouse yard or field corner, only to be crowded by younger trees that grow up in the surrounding forest. But I never thought of a homestead oak in the city, much less a few blocks from my backyard.

“Look at those old soldiers,” I said to my wife, Julie, as we walked past a giant vacant lot not far from our house. We have several four-mile walking routes through the neighborhoods near downtown Raleigh, and by now, I would have thought I’d seen every acorn and shrub along the various ways. “Holy cow, something big must have been there.”

“That’s where the Latta House stood,” Julie said, pulling our dog, Minnie, away from some particularly interesting scent on the asphalt. “The old African American school that closed down. You don’t know about this?”

I pursed my lips and tried to appear reflective. Sadly for me, Julie knows clueless when she sees it.

“You need to get out more.” 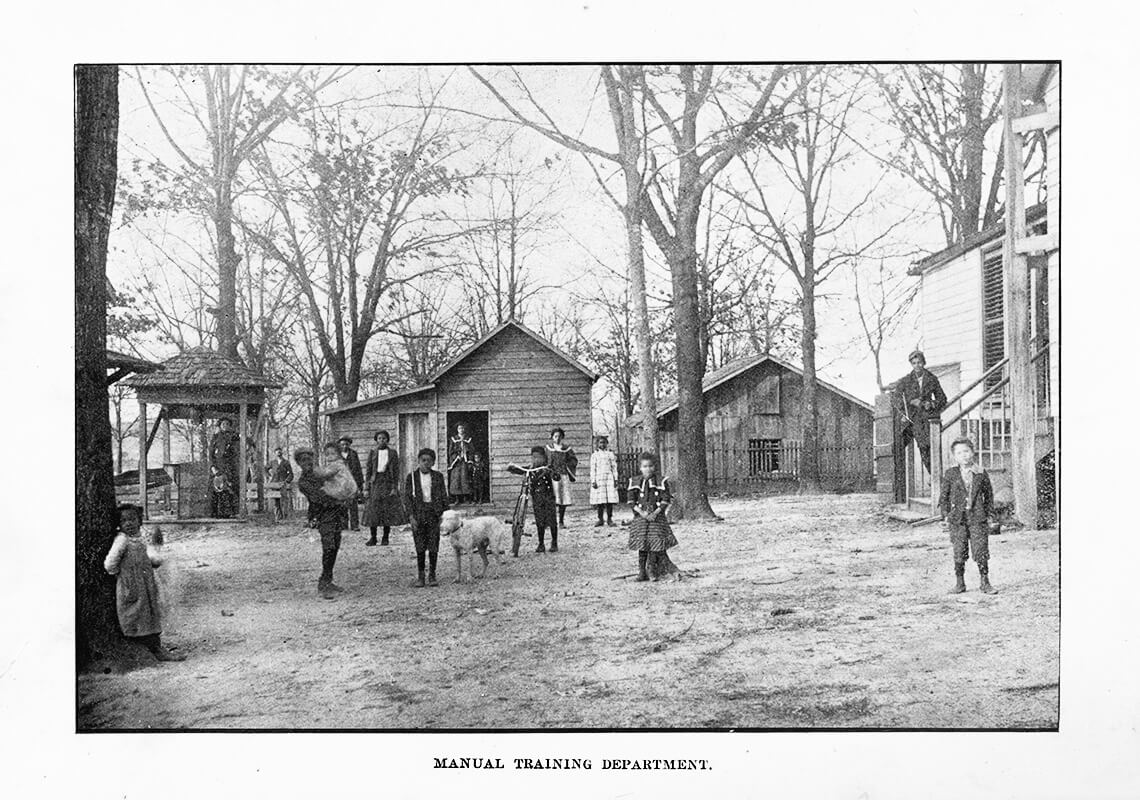 We never broke stride — mile after mile, Julie never breaks stride — but I kept looking back at the vacant lot, a morose stretch of land that seemed to have something to say. That’s when I noticed a historic site marker that read, “Latta House & University Site CA. 1892-1930.”

When I got back home — only six blocks away — I called up Mr. Google to see what he might know about that vacant lot. And Julie was right: I do need to pay closer attention.

The Rev. Morgan London Latta was born into slavery in 1853, on a plantation in Durham County. After the Civil War, he attended Shaw University and, around 1890, moved with his wife to Raleigh. They had 60 cents between them. Latta worked as a schoolteacher, and in 1892, he established Latta University on these few rolling acres. By then, formerly enslaved people from across the region had streamed into Oberlin Village, one of 13 freedmen’s communities developed in and around Raleigh.

At Latta University, tuition, room, and board cost male students $6.75 a month, and female students a dollar less. Not all could pay. Some worked on the school’s farm or as carpenters and construction workers on campus. At its peak, Latta University sprawled across nearly 300 acres and had 23 buildings, including two three-and-a-halfstory dormitories.

How could I not have known about this? I’ve lived six blocks away for 23 years. We’ve walked around this neighborhood for nearly 30 years. 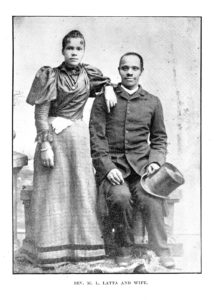 In his autobiography, the Rev. M.L. Latta describes how his wife helped found the school. photograph by DOCUMENTING THE AMERICAN SOUTH, UNC-CHAPEL HILL LIBRARY

But we rarely see the things we aren’t looking for. Julie and I walk this neighborhood for miles at a time, but on most of those jaunts, we’re simply passing through. Julie’s looking to see who has the best-looking flower beds. I’m eyeing every squirrel so we can brace for Minnie’s bristle-backed lunge. We make grocery lists, check off to-do lists, plan for upcoming holidays, muse about dreams for the future. Step by step and mile after mile, we walk and walk and walk, barely mindful that the rolling hills around our home have heard it all before: Talk. Plans. And no shortage of dreams.

Latta University shut down around 1920. The land was sold, and Latta and his wife moved to Philadelphia. He passed away there sometime between 1935 and 1945. The last structure standing was the Lattas’ Queen Anne home, which burned and was bulldozed in 2007. Six blocks from where I lay my head. I hadn’t heard about that, either. Practically nothing remains.

We walk in the footprints of those who made their lives on the very ground where we make ours.

Thankfully, the City of Raleigh is working to preserve the physical remnants of Reverend Latta’s dream. Part of the plan is to create some sort of physical outline of the old Latta house, with benches and a few interpretive signs. The challenge is that there is a lamentably meager collection of artifacts from the school. A small archaeological dig done on the site unearthed a few signposts to the past — fragments of plates and a shoe polish bottle. A knife handle. Two horseshoes — indicative, perhaps, of the university’s blacksmith shop.

And Reverend Latta left behind a 370-page autobiography, The History of My Life and Work, published in 1903 as part of his wide-ranging efforts to raise funds for the school. It’s part of UNC-Chapel Hill’s Documenting the American South digitization project. You can find it online in less time than it takes to order light bulbs. 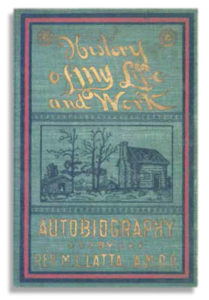 The Rev. M.L. Latta’s autobiography tells the story of Latta University in words and pictures: The educator describes how his wife helped found the school, which included a manual training department. photograph by DOCUMENTING THE AMERICAN SOUTH, UNC-CHAPEL HILL LIBRARY

Latta lived an unembellished life, and The History of My Life and Work is as heartbreaking as it is uplifting. “I have always desired, from my youth,” he wrote, “to do something worthy of speaking of, that would be a light to the race that I am identified with.”

I’ve walked past the old Latta University site many times in the months since my discovery. And I keep my head up when we turn down that block. No matter where we live, we too easily forget that we live among ghosts, and we walk in the footprints of those who toiled and played and made their homes — and their lives — on the very ground where we make ours.

I look up in the trees, and I tell myself that I can still make out the hazy outlines of their hopes and dreams and plans, caught up in hoary branches like grasping vines, still reaching for the things that are worth reaching for.