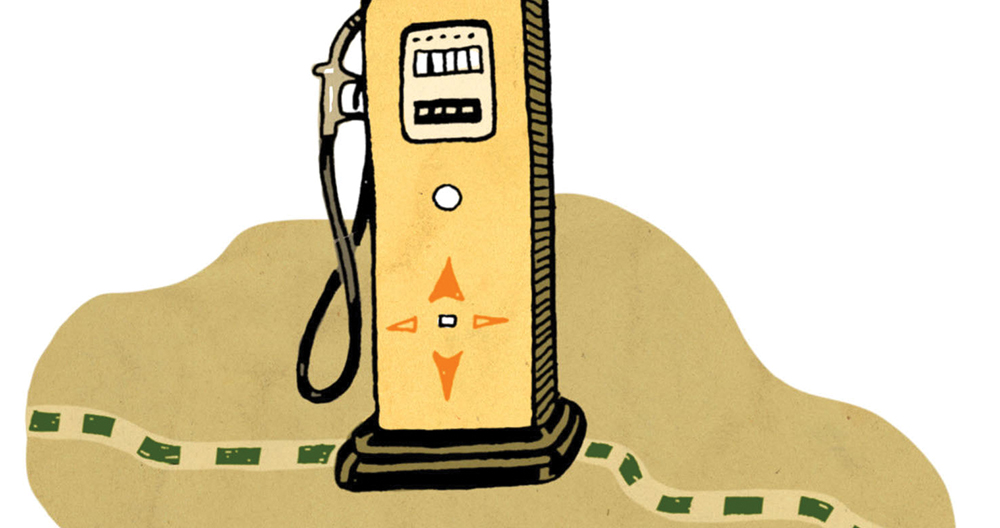 The Lake Wylie Mini Mart was in South Carolina. Until it wasn’t.

The gas station didn’t move an inch. But over the years, the state line between North and South Carolina somehow had gotten lost. The border had been marked mostly on trees. Trees die. Eventually, they all died, and the visible border vanished.

In 1993, both North and South Carolina decided to appoint a commission to figure out exactly where the line was. The border, which appears mostly straight on a map, had actually zigged and zagged from tree to tree. So a crew from the North Carolina Geodetic Survey, along with their counterparts from South Carolina, started looking for old plat maps, rocks, and any other clues about where the original border was supposed to be. Over the next 24 years, they searched, and marked, until finally, in 2017, the entire 334-mile border was set. (Officially, the states say, the border didn’t move, but was “re-established” in its original location.) In some places, like Carowinds, the border was exactly where it had been marked. In other places, the border was 50 to 100 feet away from where people thought it was.

Which meant that the Lake Wylie Mini Mart, along with about 16 houses and businesses along the border, shifted from South to North Carolina. This was problematic for the gas station, since its biggest attraction was a lower price. (South Carolina has a lower gas tax than North Carolina.) To fix the problem, North Carolina passed a law allowing the Mini Mart to sell gas at the lower price. The fireworks stand, however, is closed for good.

The division between the Carolinas ended up being more about temperament than money. Southern Carolina was driven by Charleston’s economy, which had been established by a plantation system that relied on slavery. Slavery existed in Northern Carolina but was not as prevalent as in other areas. Northern Carolinians felt that the gentry from Virginia and Charleston looked down on them, and thus, discontent was born. Plus, the territory was big and unwieldy, and hard to govern from one place. In 1712 or so — the exact date is in dispute — the two colonies split, although a formal border wouldn’t be drawn for decades.