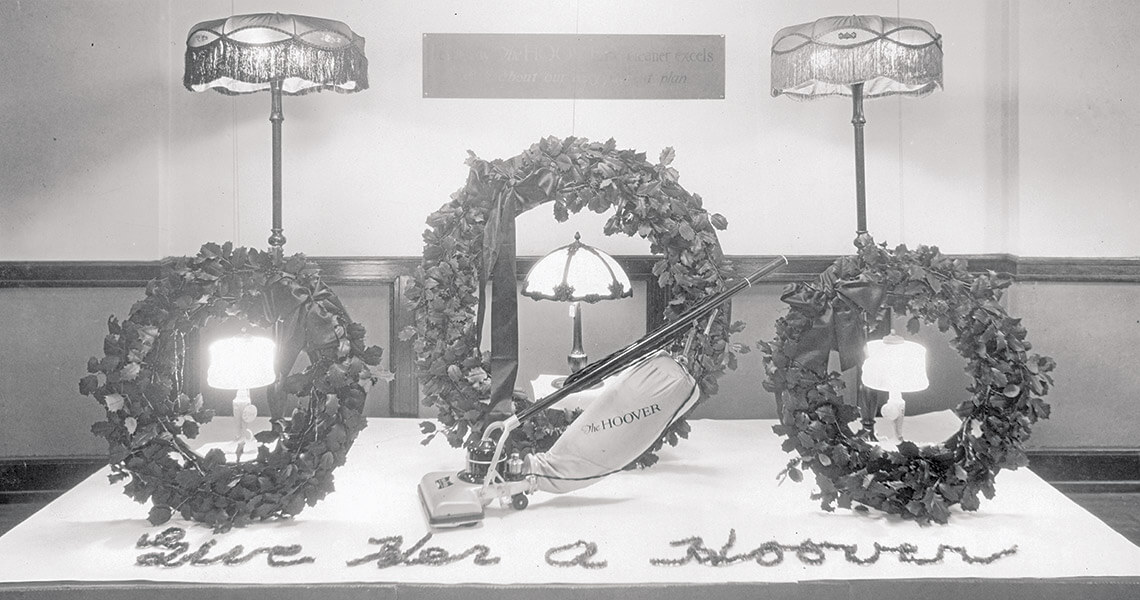 Christmas shopping can be challenging, but back in the first half of the 20th century, North Carolinians got a helpful hint from a most unlikely source: the Carolina Power & Light Company. The tip? “Give Her a Hoover.” 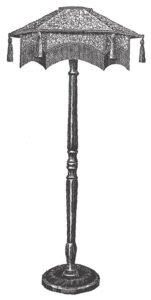 Raleigh-based CP&L unveiled its not-so-catchy slogan in an otherwise festive holiday window display — with an actual Hoover vacuum cleaner as the centerpiece — tempting men to buy their significant others an apparatus for doing household chores. Hey, nothing says romance like a vacuum cleaner, right?

Actually, CP&L’s Hoover display was part of a nationwide “Give Something Electrical” promotion that began in the 1910s and lasted several decades as a conscious effort to give the economy — and electric power companies in particular — a jolt. The campaign must have worked, because electric utilities across the country developed similar promotions.

Of course, the “Give Her a Hoover” and “Give Something Electrical” campaigns seem antiquated these days, but the assurance of a warm, light-filled home on Christmas morning? Well, that’s a gift that should never be taken for granted.