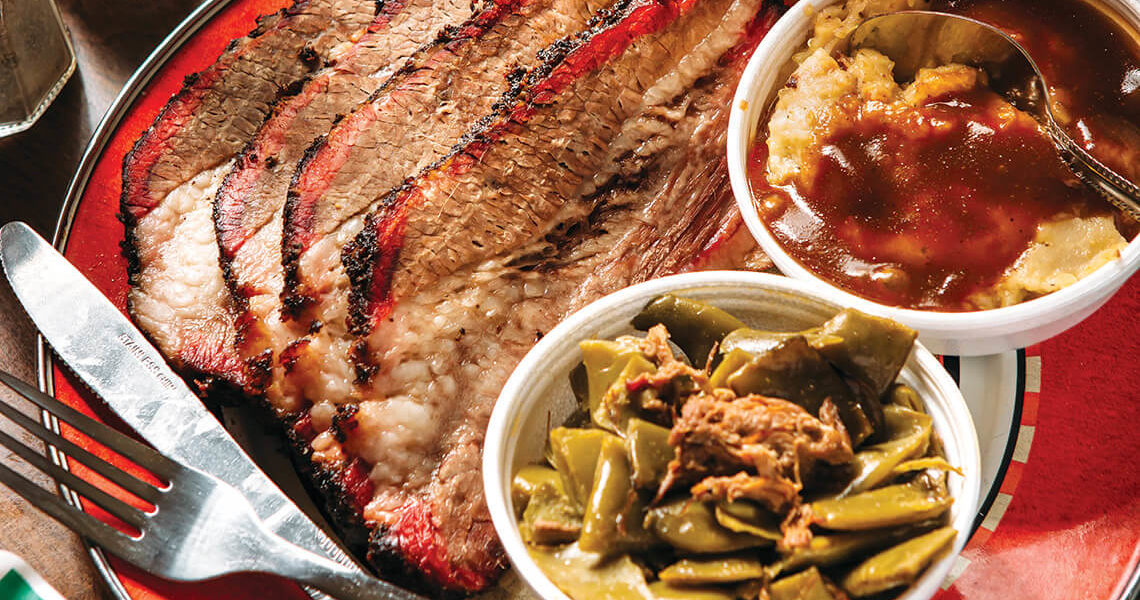 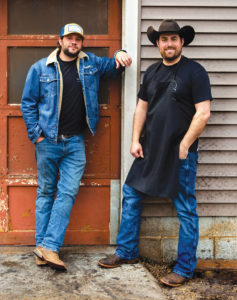 Tyler Jones jumps into the driver’s seat of a black-and-green John Deere Gator as his business partner, John “Johnny Ray” Bousselot, hops onto its tailgate, surrounded by buckets of grain. Their destination is a woodland paddock holding hogs that they raise for The Honey Hog Restaurant in Cleveland County, just six and a half miles away.

Tyler bought the farm seven years ago, but it wasn’t until 2018 that he and Johnny Ray joined forces to pursue an uncommon model: “We call ourselves farm and table because we have the farm, we have the table,” Johnny Ray says. “We source the bulk of our meats from ourselves or surrounding farmers.”

As a first-generation farmer, Tyler hopes that other farm and restaurant owners will follow their lead. “The beauty of it is being able to independently raise something on my farm and sell it at my restaurant,” he says. “Bridging that gap, putting the farmer back on the sales floor, is probably one of the most fulfilling things that can happen to a modern farmer.”

Johnny Ray grew up in Denton, Texas. College friends gave him his nickname; only his mom and wife call him John now. In 2014, he started experimenting with a tomato-and-bourbon-based barbecue sauce. When friends and family encouraged him to go commercial, he launched Johnny Ray’s Signature Sauces out of Mount Holly, selling it to local shops and eventually to Food Lion and Ingles grocery stores.

A Shelby native, Tyler was one of Johnny Ray’s first customers. Tyler owned produce markets in North and South Carolina, and when he opened a short-order grill inside the historic Sweezy House on Fallston Road, Johnny Ray expressed his interest in owning a restaurant, too. In 2018, the two men struck a deal: The short-order grill became The Honey Hog, with Honey Hog Farm providing the pork and some of the beef for the dishes on the menu.

Today, The Honey Hog is a destination restaurant. One group drove four hours from Virginia just to eat there. Many start their meals with fried cheese curds from Guernsey Girl Creamery in Shelby, delivered to the table in a basket lined with green checkered paper. Each curd is encased in a crunchy, golden-brown breading ready to be dipped in homemade ranch or marinara sauce.

On Friday nights, some people wait two hours to eat whole-hog barbecue and ribs, smoked chicken wings, chopped Texas-style brisket, or a Fallston Philly sandwich. A buttery, grilled brioche bun and homemade red or white coleslaw complement each sandwich, and a slice of cheesecake from Honey Bakes in Cherryville finishes the meal.

The John Deere Gator carries Johnny Ray and Tyler on a muddy trail through a forest and then a pasture. The two reminisce about sleeping in the farm’s camper and being woken by the ghost of Mrs. Sweezy. They have an ease about them, like long-lost brothers who finally found one another.

A tattoo of the Honey Hog logo peeks out from under the arm of Tyler’s black T-shirt and denim overalls. The logo design — featuring a hog with its head stuck in a jar of honey and surrounded by bees — was inspired by Winnie the Pooh. Bees kept on the upper pasture by a neighboring farmer gave Tyler the idea for the name of the farm and restaurant. 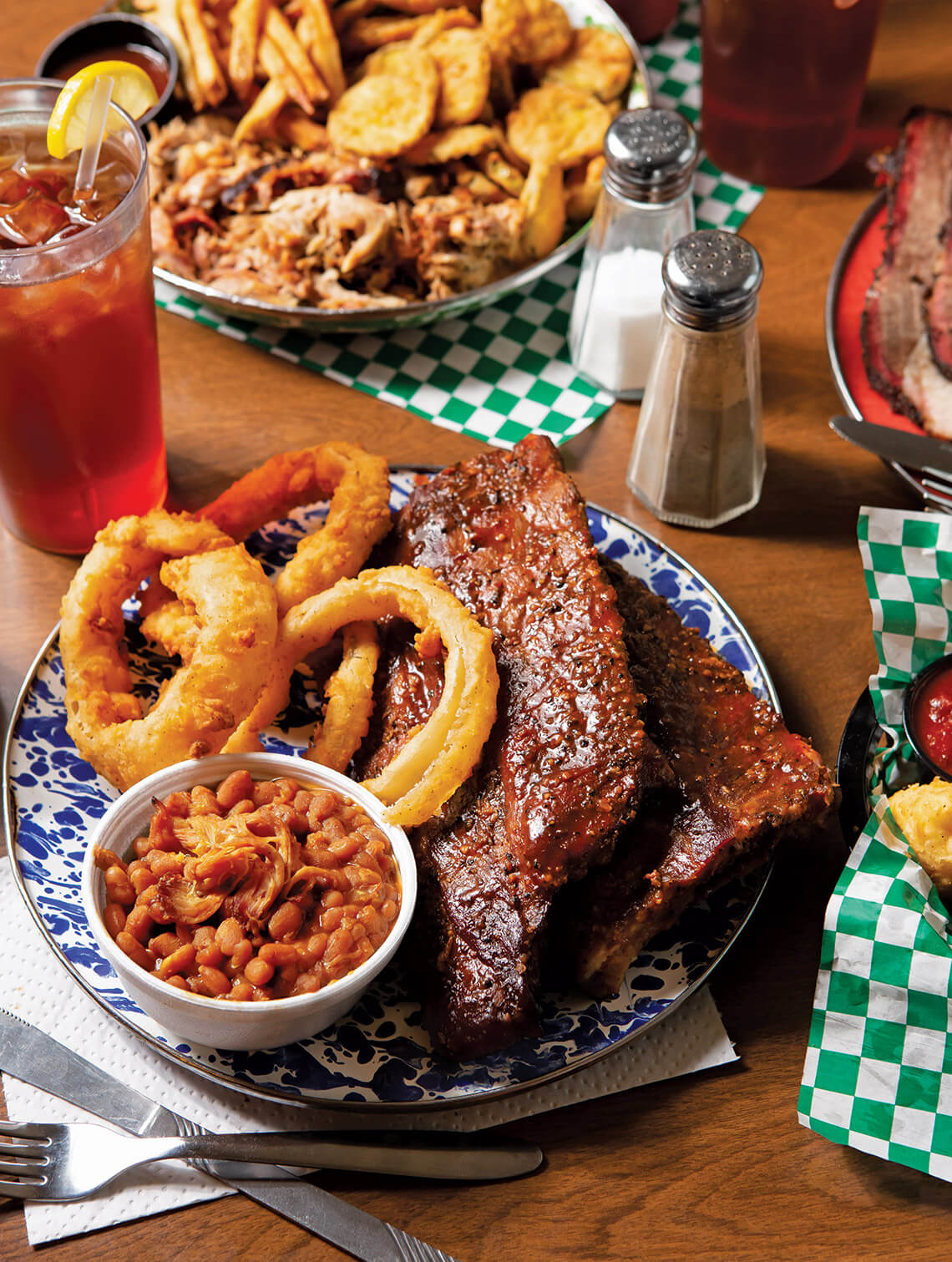 Ribs are the perfect vehicle for Johnny Ray’s Signature Sauces, developed by The Honey Hog’s co-owner and pitmaster. photograph by Tim Robison

The Gator comes to a stop in front of a one-story log cabin from the mid- 1800s. Just steps away, hogs clamor at the fence. Even though they spend their days foraging, they still expect to be fed. The men ignore the squeals for now and walk the length of the fence in their matching Double-H cowboy boots, talking about the future of the farm and restaurant. But they never get too serious: “At The Honey Hog,” Tyler quips, “we raise ’em and amaze ’em.”