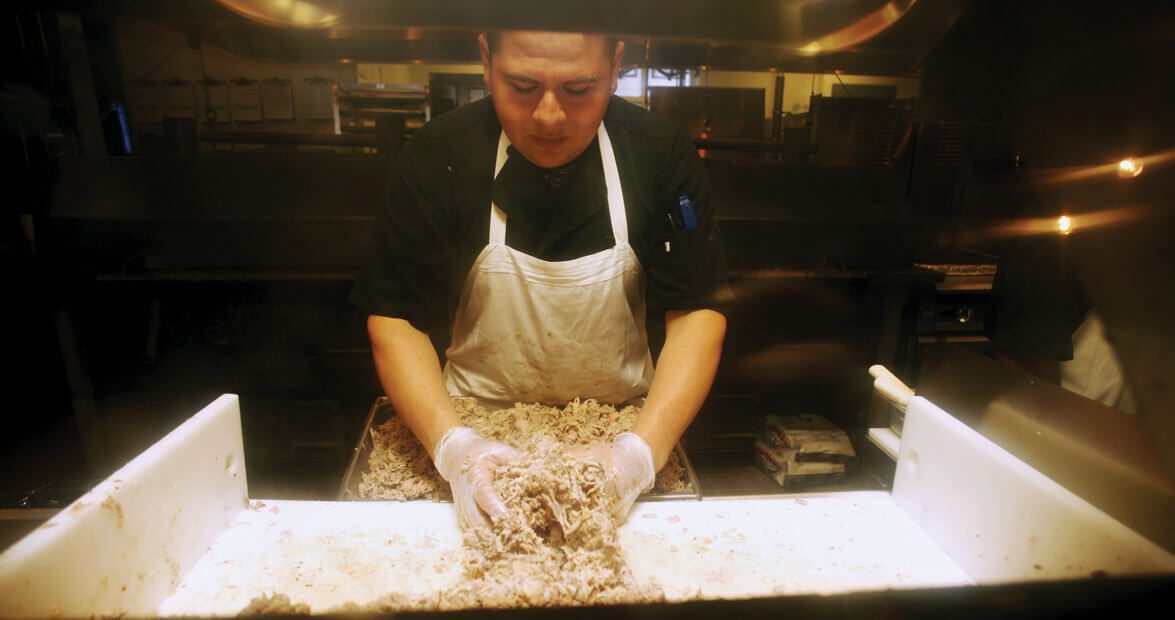 Although The Pit is probably North Carolina’s most unusual barbecue restaurant in terms of style and ambience, its whole-hog eastern-style barbecue and traditional side dishes pay homage to the state’s three-century barbecue heritage, as does the brief history of North Carolina barbecue printed on the back of the dinner menu. Acclaimed for preserving historic buildings in downtown Raleigh and elsewhere, owner Greg Hatem exhibits a corresponding passion for preserving the state’s traditional foodways — particularly its barbecue culture.

Housed in a 1930s former meat-packing plant in downtown Raleigh’s warehouse district, The Pit nicely balances weathered, brick walls and a largely traditional menu with contemporary lighting, sleek décor, and a lively bar area. An enormous, ceiling-high, glass room divider separating the entrance corridor from an adjoining dining room is etched with a huge, labeled drawing of a pig divided into its component parts, titled with the legend, “Everything But the Squeal.” 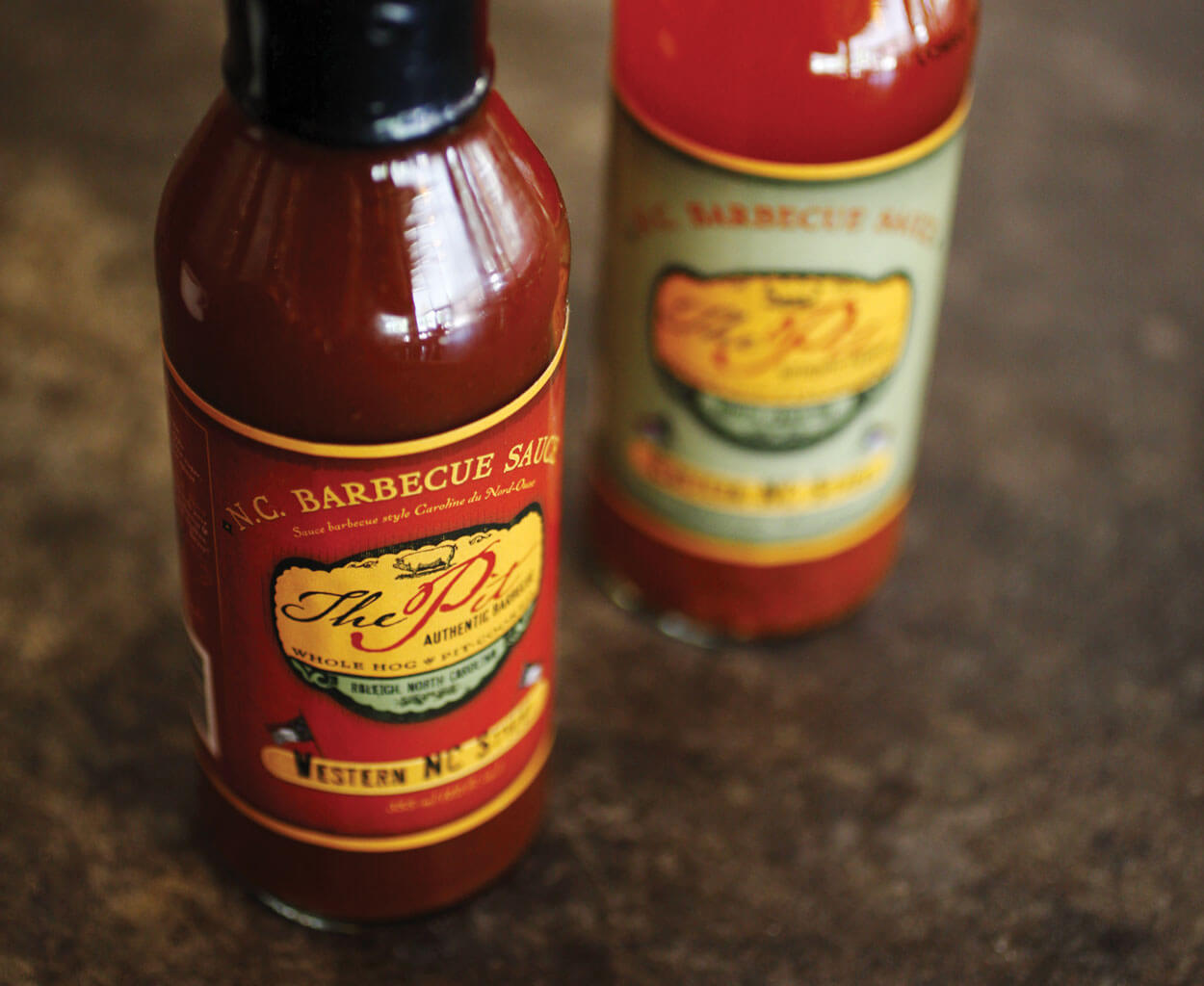 Chicken, ribs, and, of course, barbecue come to the table brushed with The Pit’s western North Carolina sauce. photograph by Travis Dove

A restaurant with a lot of energy, it’s often very busy. There’s almost always a wait for a table, especially from Thursday through the weekend. The restaurant has managed to tap into an obvious Raleigh hankering for authentic, pit-cooked barbecue. But customers also clearly enjoy dining on those time-honored victuals in a rather upscale setting.

The Pit roasts whole hogs over wood and charcoal right in the kitchen, with the freestanding, metal pits open to the view of customers. An elaborate and expensive hood-and-exhaust system efficiently vents the heavy smoke. The barbecue is served pulled and chopped, with the chopping done in small batches throughout the day. The chopped version is seasoned with salt, black pepper, red pepper, vinegar, and sugar, and moistened with savory reserved juices. Customers can add extra eastern sauce from cruets at the tables. The succulent pulled pork — also prepared in small batches — is very lightly seasoned so that customers can dress it the way they like at the table, using either the eastern sauce or a thicker western version. The meat is noticeably smoke-flavored and fall-apart tender, yet it maintains an ever-so-slightly chewy texture.

The restaurant serves meat from pastured pigs raised outdoors on family farms, which are audited and certified by the Animal Welfare Approved program. Pigs roast all night at the restaurant. As soon as they’re removed from the grates first thing in the morning, the pits are cleaned and refired, ready to take on full loads of half-chickens and racks of ribs, both of which are exceptionally popular.

The Pit has a wide selection of microbrewed and craft beers, premium and small-batch bourbons, and a very respectable wine list. Traditionally, most barbecue restaurants in North Carolina serve nothing stronger than sweet tea, despite the ironic fact that the cooking and eating of whole pigs across the Coastal Plain during the past three centuries has nearly always involved the consumption of some sort of spirits. The Pit has brought this heretofore unacknowledged, back-of-the-pickup practice into the open at its lively but well-behaved bar. Patrons have embraced it enthusiastically, without it seeming to have any effect on the family-friendly nature of the place.