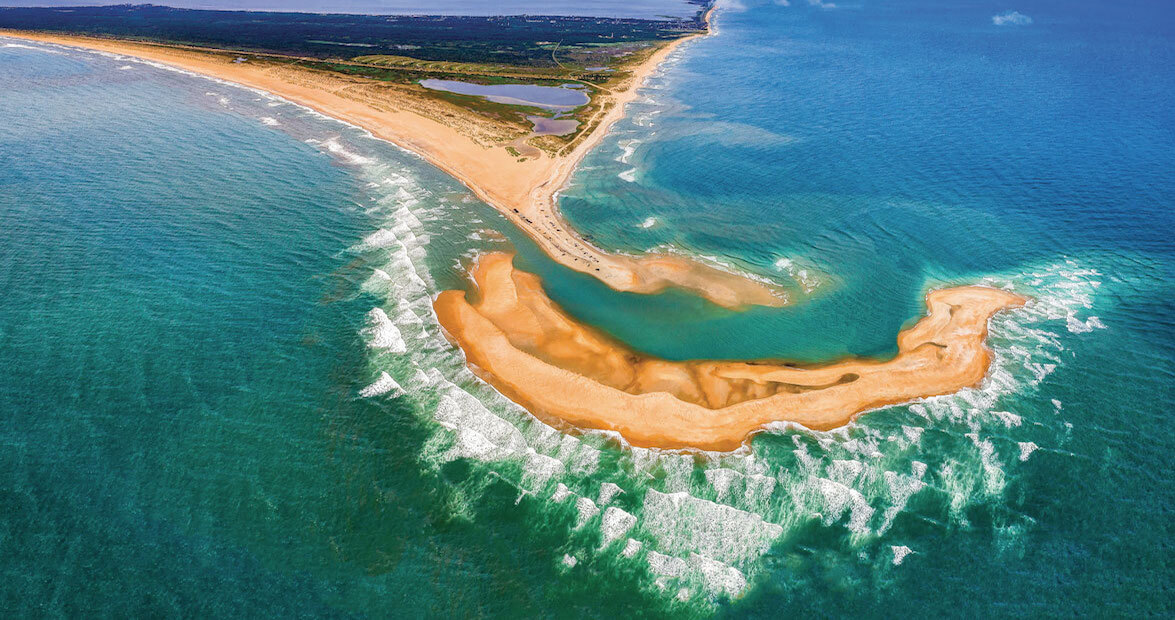 Last year, a longtime reporter for The Virginian-Pilot was at the tip of Cape Hatteras to work on a story about new ATV rules when he saw something offshore. Oh, that? said the president of the beach buggy association. That’s a new island. Just formed. One of our members’ grandsons calls it Shelly Island, on account of all the shells. The reporter, Jeff Hampton, wrote a story about the island for the June 21 edition of the newspaper.

And then everybody freaked out.

Park rangers and the Outer Banks Visitors Bureau were flooded with calls and questions. Tourists paddled across the narrow channel, or simply walked over at low tide. Behind the scenes, National Park Service staff debated whether to call Shelly Island an island, since “island” implies permanence. They recommended Cape Point Sand Bar. “I’d even call it a spit,” one staffer said in an email. Those names didn’t stick.

Islands have come and gone in that area before, thanks to the convergence of two ocean currents. But this one was a mile long, and seemed to capture the public’s imagination in a way that others hadn’t. Good Morning America went live from the island.

Of course, the real world has a way of poking holes in the things we hold as true and pure. Several people had to be rescued after getting trapped on the island by the tide, and locals warned about sharks. Then someone found a bomb-shaped piece of World War II-era training ordnance on the island, which had to be blocked off. Then along came a guy from Virginia who filed a quitclaim deed with Dare County, and deemed the island his. “I don’t really want to own an island,” Ken Barlow told The Virginian-Pilot. “All I want to do is keep the park service from having control.”

The state claimed that it, not Barlow, owned the island, but it really doesn’t matter anymore. By September, the island had connected with Cape Point, which meant that it was no longer an island. It also meant that the National Park Service, which owns Cape Point, could claim it.

A few weeks later, Hurricane Maria’s wind and storm surge killed off most of what was left of Shelly Island.

But for a few short months, it was the hottest new tourist attraction on the Outer Banks. And it captivated dreamers from across the country, including a teenager in Georgia. “I was wondering, since the island has no official private owner, if I could claim ownership of the island and if so how would I go about doing so?” he wrote in an email to Dare County. “If you could please email me back and let me know.” Eventually, the teenager was told no, he couldn’t have it. But for a brief moment, off the coast of North Carolina, land appeared where it hadn’t been before, and anything was possible.