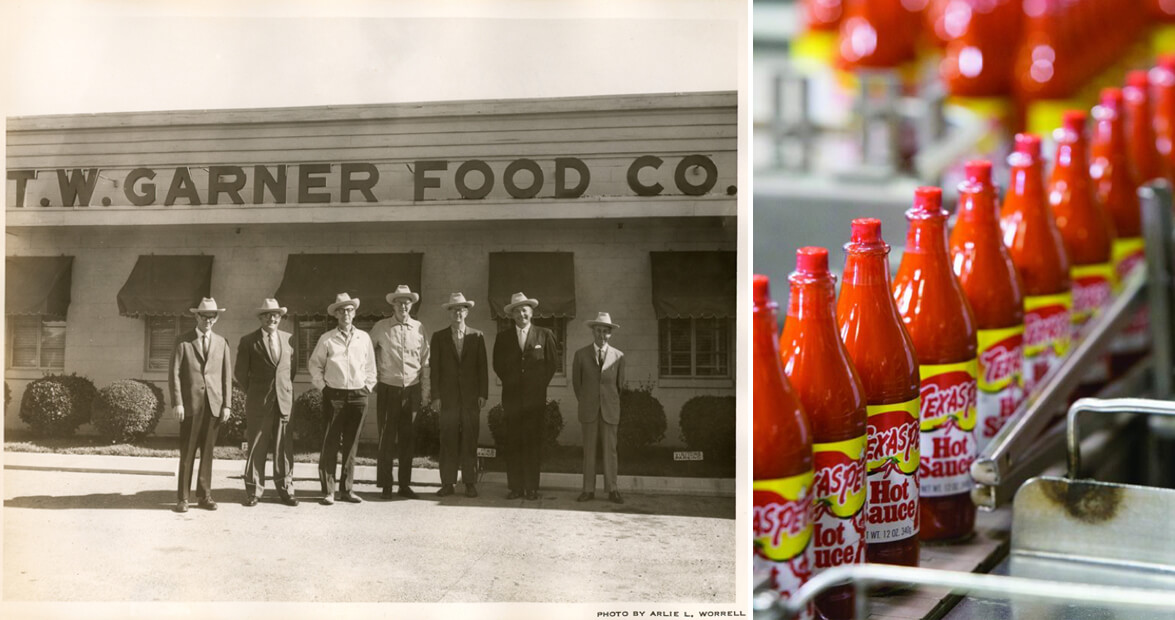 Growing up, I would wrinkle my nose as my father doused his scrambled eggs in hot sauce as he sat across the dining room table from me. Hot sauce? On breakfast food? The very idea sounded unusual at best. But Pete, my father, swore by the “other” Pete: Texas Pete.

TW Garner Food Company received a trademark for its signature hot sauce, Texas Pete, on June 9, 1953. Years before that, the “four Garners” — father Sam, and sons Thad, Ralph, and Harold — had been selling the sauce to folks all around North Carolina since the Great Depression. Thad acquired the recipe through a barbecue joint, the Dixie Pig, which he purchased with the money he made driving a school bus and having a paper route.

In 1934, they moved into a former hospital on Oak Street, where they kept making their barbecue sauce for other restaurants after the Dixie Pig shut down.

“My grandma made it on the stove in her kitchen,” says Ann Riddle, current president and CEO of Garner Foods. “In those days, there were people who said they should make this product hotter, and more spicy. And the family said, Well, instead of doing that, why don’t we just make another product?”

The family sat around the dining room table trying to pick out a name for their new hot sauce. They settled on “Texas,” an homage to the spicy foods in the deep South, and “Pete,” which was Harold’s childhood nickname that he most likely received from an older relative. 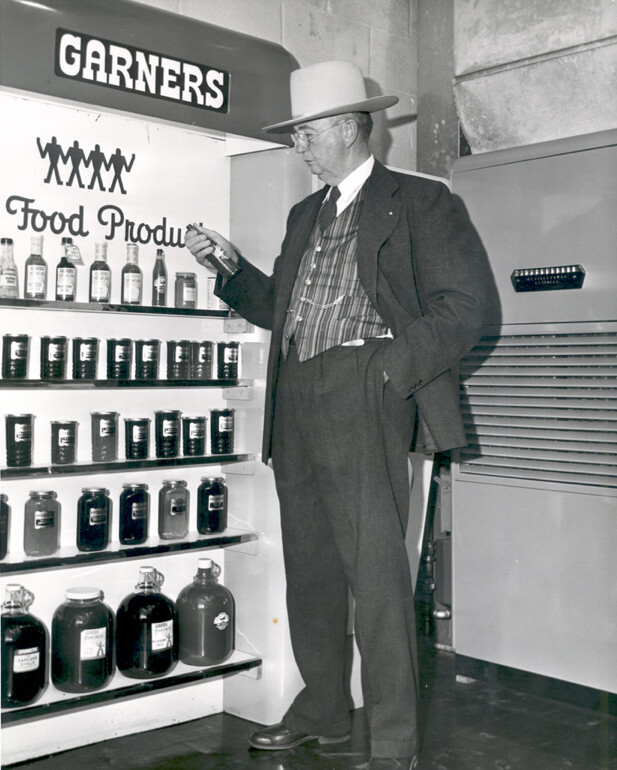 The cowboy logo that the company trademarked for Texas Pete 64 years ago looks a little different today than it did back then. The original 1953 cowboy had a face similar to that of actor Tom Mix, Riddle says, and capitalized on the Western films taking over the big screen. The red cowboy logo you’ll spot on a bottle today was designed in 1962.

Though the design has changed, the hot sauce is still produced in Winston-Salem and Garner Foods is owned by descendants of the original four Garners. It’s highly doubtful that they’ll be leaving the Twin City anytime soon: In 2016, the company moved its headquarters to the Nash-Bolich building in downtown Winston-Salem in an effort to deepen its community involvement and revitalize Fourth Street and the surrounding area. All but one of the company’s products are still made in the distributing plant that stands on Indiana Avenue, where the original farmhouse used to be. There’s never been discussion about leaving Winston-Salem.

“We live here,” Riddle says. “We grew up here. We wouldn’t go anywhere else.”

“It’s our home,” says Glenn Garner, chief marketing officer. “And it’s where we want to stay.”

The company also began hosting the Texas Pete Culinary Arts Festival in 2014, a food festival showcasing different chefs in Winston-Salem. It is held in the Arts District every September. 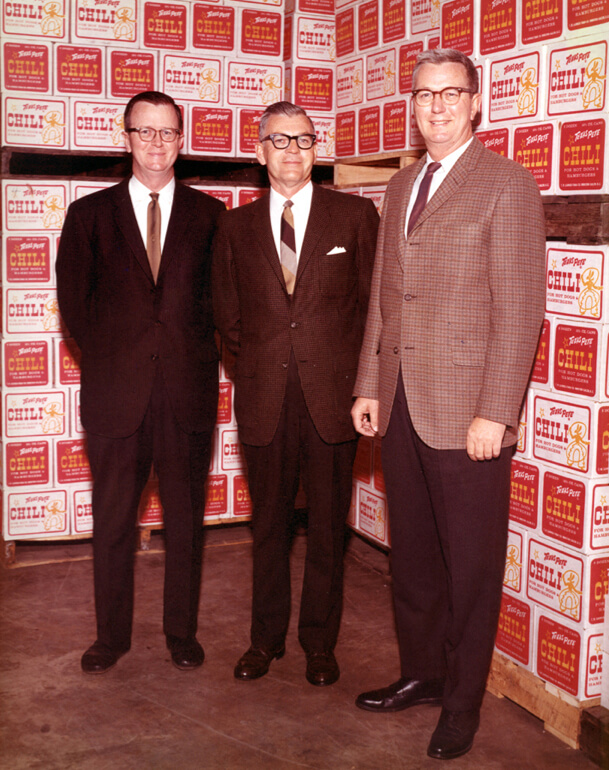 Not only does Texas Pete have local fans across North Carolina, but the hot sauce’s fan base spans the United States and beyond. Thanks to a contract with the United States military, Texas Pete is available on all operating U.S. naval ships. After many meals in the commissary, service members will come home knowing what hot sauce they like best.

“Our consumers are very loving people,” Riddle says, who answers many of the emails the website receives personally. “They like to write about us and tell us how much they like our products. They’re a lot of fun.”

“I have one little friend that I sent stickers or something about a year ago,” Riddle says. “And he writes to me every now and again and says, ‘I love Texas Pete! I still love it!’ And I write him back and I say, ‘It’s good to hear from you! Happy day! You made me smile!’ Just silly little things … I just enjoy writing back and forth with him.”

Recently, I decided to take my dad’s advice, and tried putting Texas Pete on the breakfast sandwich I eat each morning heading into the Our State office. I have to say, I think I finally understand what he’s getting at. He’s right: Breakfast is better with a little kick. I guess you could say an affinity for the hot sauce runs in the family — just like the company that makes it.