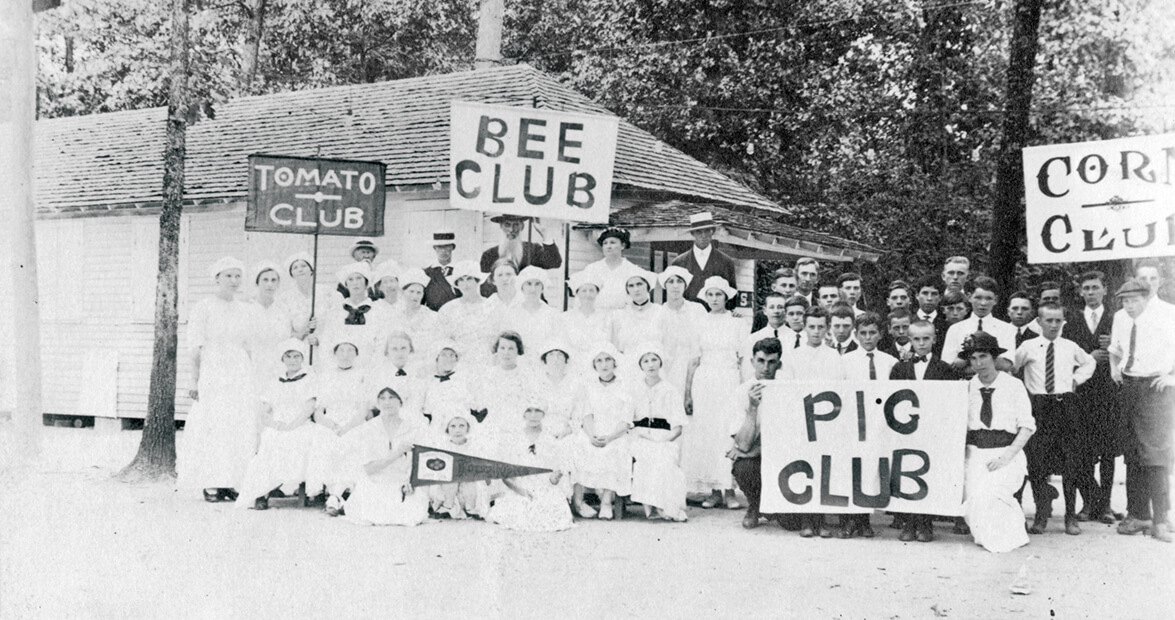 In 1913, a Warren County farm girl named Sadie Linner composed an 11-page report on her tomato garden. She wrote in her neatest cursive and most formal prose style, and tied the pages with a green ribbon.

In the report, she described making her own fertilizer from cottonseed meal and acid phosphate. She told of battles with cutworms and drought. She recalled washing her plump ’maters in a lard tub and packing them into No. 3 tin cans, providing both dinner and income.

“My tomatoes supplied the table for a family of six all summer, as we had no others,” she wrote, adding that she sold the excess for a dollar and a dime. “A girl can make money for herself if she desires and still stay right on the farm.”

This relic is preserved at the State Archives along with the fruit-growing memoirs of dozens of other Tomato Club girls, pioneers of small-patch gardening.

Tomato clubs came to North Carolina under the leadership of Jane McKimmon, the Raleigh-born giant of home economics. Through her home demonstration programs, she handed rural women a far larger role in family life in the days when the majority lived on farms and few had electricity or plumbing.

In those days, farmers lived a hardscrabble life earning scant money, and they weren’t always interested in hearing about the newest agricultural techniques. Boys around the state had already formed their own Corn Clubs, teaming up to grow side crops on an acre of land apiece, turning out yields that outpaced their fathers’.
So McKimmon urged girls to join their own version of those clubs, but turning out tomatoes instead — a less strenuous and less sweat-inducing crop.

“The boys had money in their pockets,” says Wilma Hammett, executive director of the N.C. Extension and Community Association. “The girls said, ‘Why not us?’ ”

Across 14 counties, North Carolina girls planted their tomatoes in patches covering one-tenth of an acre, growing them to eating size and then packing them in tin cans. Lizzie Norris of Holly Springs recorded harvesting 2,000 pounds of tomatoes and selling 800 cans, turning a profit of $78.

It’s clear from the club reports, many of them more than 10 pages long, that these young gardeners hadn’t ventured far from the farm. Clubs of any sort were hard to come by, and belonging to a tomato-themed association provided much-needed social interaction.

“I met some very nice girls there,” Sadie Linner wrote. “It will be a pleasure to keep up the acquaintance with them.”

The clubs evolved into more formal farm education, but in their brief history, they served a mighty purpose. You can see the girls in the club portraits, proudly waving their tomato pennants, showing off the grit and know-how they gained with their fingers in the dirt.