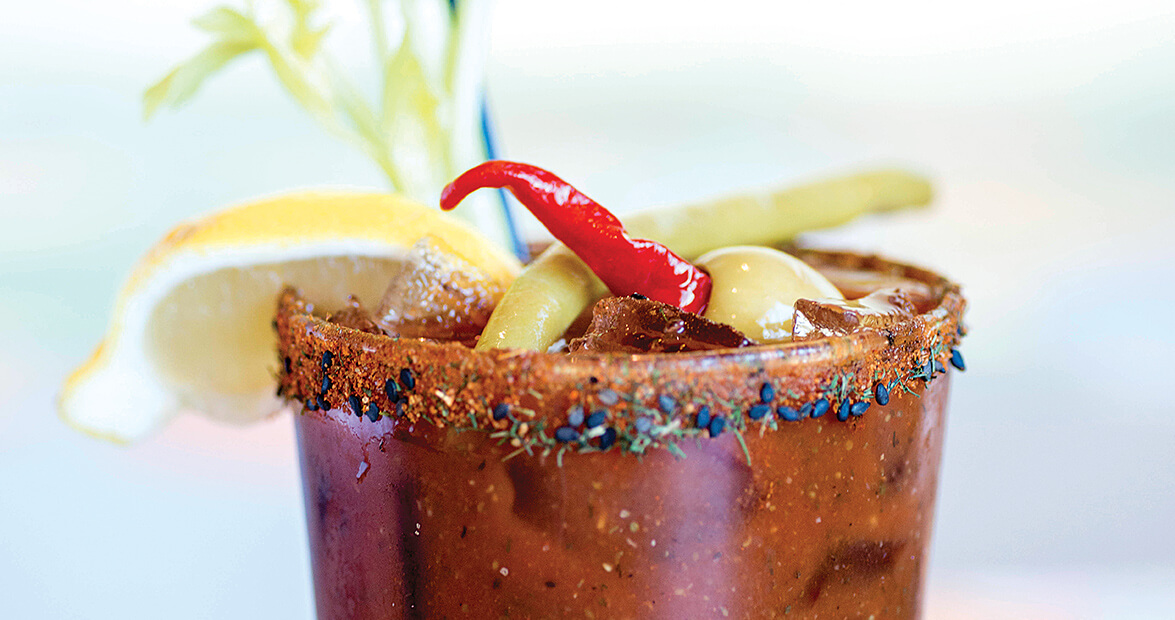 There may be no better way to claim victory over the workweek than with weekend brunch — and ordering a Bloody Mary is like planting a flag in decadent soil. It’s a drink order that declares, “Hello, weekend. I deserve a treat.”

Raleigh residents in the know treat themselves at NOFO at the Pig, in the Five Points neighborhood, where the Bloody Mary is thick and spicy and has been awarded “Best Bloody Mary” year after year by local publications.

Owner Jean Martin isn’t sure what makes her restaurant’s signature cocktail so popular, but she knows that people will order it at any time of day. A woman called the restaurant recently to see if NOFO serves brunch on Friday. No, just Saturdays and Sundays, Martin told her.

“Well,” the woman said, “that’s not really what I want to ask. Will you have Bloody Marys?”

“Come on in,” Martin replied.

NOFO, named for its original location, on North Fourth Street in Wilmington, isn’t just a restaurant. Upstairs, vestiges of the building’s past as a Piggly Wiggly are preserved in its retail area, where local products are displayed in old coolers. There, people can buy tall jars of NOFO’s Bloody Mary mix to re-create this special drink at home.

But really, the Bloody Mary is just one part of the NOFO experience. Martin grew up in Five Points, and she’s happy to give back to it. “I’m pleased to bring life back to a building that has such history, that people love so much,” she says. She thinks of all the brunchers, all the leisurely mornings spent at her restaurant. “We hope they feel they’ve done something special.”

Impress your guests with this unexpected summer refresher. Senior Editor Todd Dulaney shares his recipe for an inverted twist on a classic cocktail.

Purée 4 pounds of ripe tomatoes with jalapeño pepper, white pepper, and celery salt. Pour mixture into a cheesecloth-lined strainer placed over a pot and let set overnight in refrigerator. Pour 4 ounces of the collected spicy tomato water into an ice-filled drink shaker. Add two ounces of vodka, shake, and strain into a salt-rimmed martini glass. Add a skewer of frozen grape tomatoes to keep your inside-out Bloody Mary chilled while you sip.