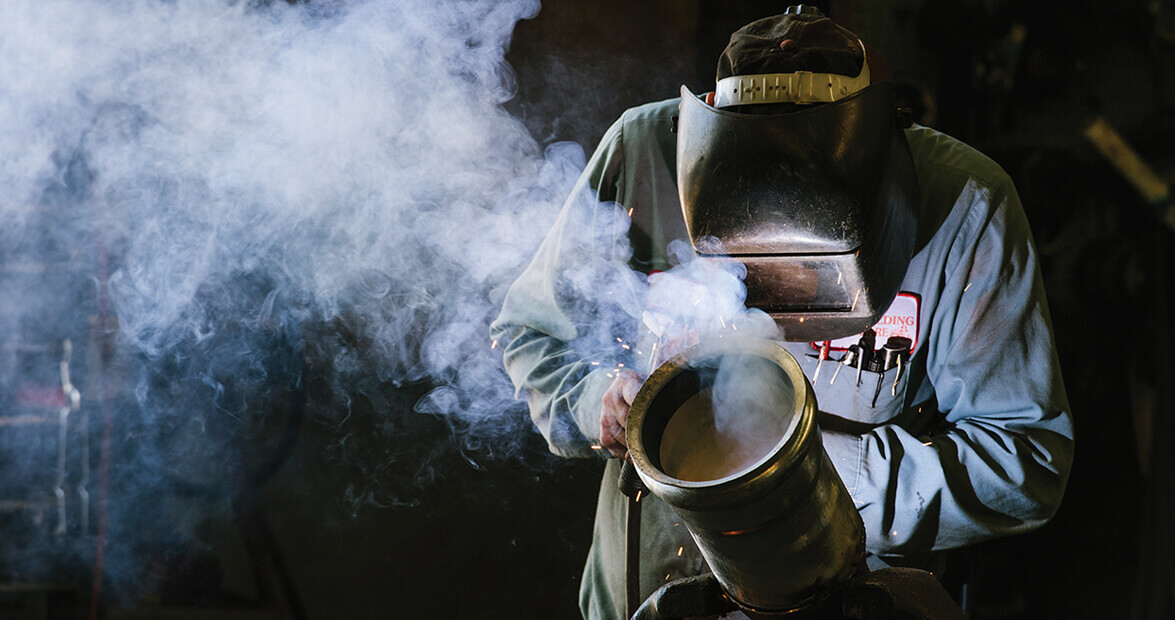 “When you see rows of chairs in the store, who’s sitting in them?” Robin retorts. “Not women.” Sounds like a win.

Robin’s worked here 32 years, which means, yes, she knows not only who sits in the chairs, but also where the thousands of store items are. A young employee in a red polo shirt — the store workers all wear them — says she’s having trouble finding an item. “Walk around and look,” Robin says. After the employee wanders down an aisle, Robin shrugs. “She still hasn’t figured everything out yet.”

Throw open the door to W.E. Nixon Welding & Hardware, a wide, brick- and aluminum-sided building behind a fine-gravel parking lot, and whatever you’re looking for is here. But unless you’ve been here before, you won’t be able to find it. 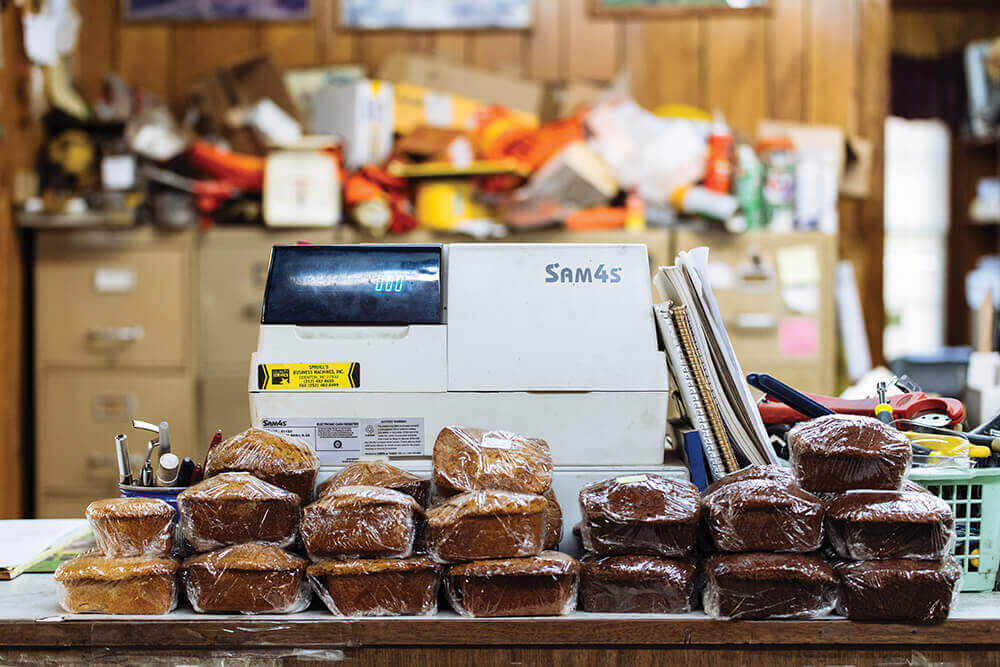 How about a homemade muffin to go with that hoe and hummingbird feeder? photograph by Andrew Kornylak

Eight air-conditioning units try to keep the enormous space cool, although an intricate network of oscillating fans seems to do a lot of the work. The floor is concrete. The lighting, fluorescent. Photocopied ads for used tractors are taped to the windows.

Nobody here can go about his business quietly. Robin’s father-in-law, Earl Nixon — sorry, Mr. Earl — arrives every day, even at age 86, and talks to everyone.

In comes Wayne, looking for screws to fix an old table. “Wayne!” someone says.

In comes Mr. Steve. Then Mr. Dennis. Lotta Misters. The next guy buys a cap for a PVC pipe. And a Mountain Dew. “Welp, back to the grind,” he says as he leaves.

The next guy in line is buying tape (which he found himself), a quart of motor oil, potato chips, and dog food. He signs a sales ledger and leaves. Nearly everyone has an account. The cash register barely rings.

Beside the main store is yet another building, a cathedral of steel — dark, hot, and smelling of solder. Here, Robin’s husband, William, works, usually sweating behind a welding mask among rebar, metal, and farm equipment in various states of repair. If you want a piece of equipment that Nixon’s doesn’t sell, William can probably make it for you: sprayers, cultivators, road shavers, and irrigators, especially when it’s dry. “If he sees it,” Robin says of William, “he can make it.”

You need something after-hours? Got an account? If what you need isn’t too large, call ahead and Nixon’s will put it outside for you in a brown paper bag, with a handwritten receipt.

Nixon’s is what hardware stores used to be, maybe not in appearance, but certainly in character. It stands out, because today’s hardware store is different from what it once was, and has been for decades. “The biggest problem facing retail hardware stores today is a decline in their competitive position,” reads the first line of an article in the Journal of Marketing — in 1964. As retail moved to malls, hardware stores hunkered down in the center of small towns. Catalogs, department stores, and big-box stores horned in on what had traditionally been hardware store territory. The nostalgic hardware store you grew up with, in a storefront with a friendly shopkeeper who planned to pass his place down to his children, is largely gone. At first, these changes make Nixon’s seem all the more remarkable. Nixon’s isn’t just in the middle of nowhere, it’s at the edge of nowhere. The store sits 12 miles up the two-lane from Edenton, 19 miles from Hertford. It’s the only place with a parking lot for miles around. Still, Robin says, “We’re evidently in a good spot, because we’re always busy.”

A lot of folks out here seem to be other Nixons (family members have branched out into catering, fishing, construction, and plumbing), but customers drive in from Murfreesboro, Gates County, and even across the border in Virginia to buy clothes or farm equipment. A nearby neighborhood, Arrowhead Beach — originally a vacation community along the Chowan River — is now full of year-round residents who shop at Nixon’s.

The store keeps growing, chunk by chunk. The original section, with four poles holding up the ceiling, is the hundred-year-old mule stable where Mr. Earl opened this store more than 60 years ago. Made of corrugated metal, the newest part, containing strewn cardboard boxes and shelving, was built three years ago. There’s no real use for the space now other than storage, and it’s nowhere near full, but someday Nixon’s will need the room. And that’s a clear sign that this country hardware store in the middle of nowhere is more than hanging on: It’s thriving.