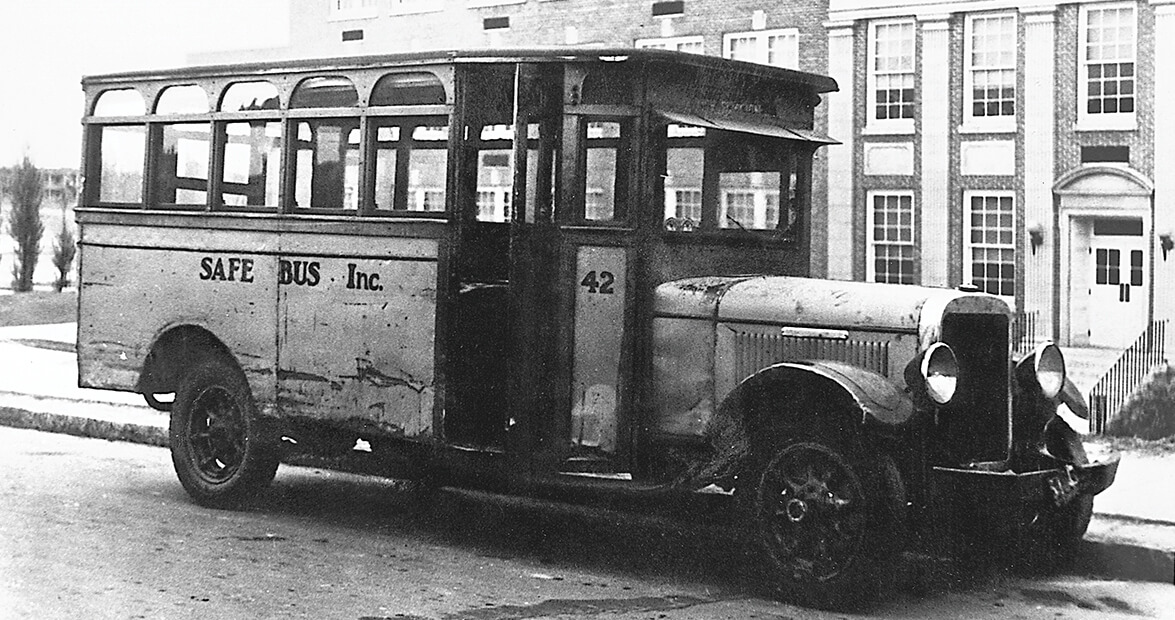 It started as a way to get to work.

R.J. Reynolds was building a tobacco empire in Winston-Salem, so the jobs were there. But transportation wasn’t — at least not for the city’s black residents. Streetcar service went only into white neighborhoods. So in 1914, a contractor converted his Model T into a jitney, or small bus, and used it to transport employees.

By 1926, that idea had grown into Safe Bus Company — at one point said to be the largest black-owned transportation company in the world.

But Safe Bus was about more than convenience. It became a big part of the community it served, and it remains a point of pride in Winston-Salem 44 years after it closed.

The company’s success is one reason for that. In a 1935 brochure marking the transit company’s ninth anniversary, its president, C.R. Peebles, said that Safe Bus was “managed with a view to permanency and a justification of the ability of Negroes, when given an opportunity, to handle affairs of merit and responsibility.” The company, Peebles continued, “has increased in strength, stature and ability from year to year.” 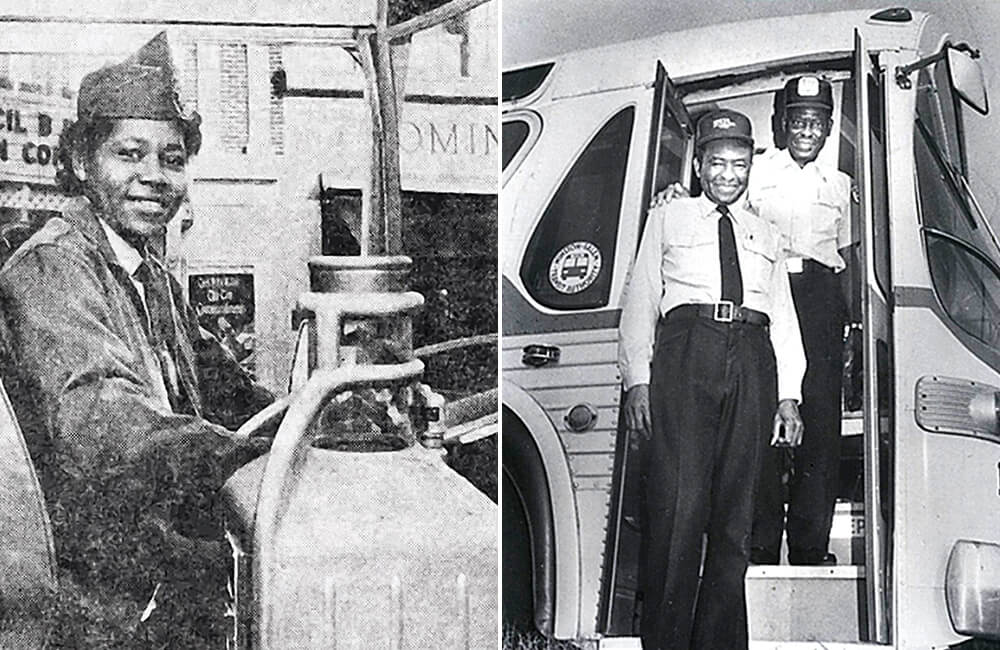 Safe Bus was consistently more successful than Duke Power, which provided public transportation in white neighborhoods, or City Coach Lines, which took over those routes from Duke in 1955, says Tina Carson-Wilkins, head of marketing for the Winston-Salem Transit Authority (WSTA).

It also attracted national attention, with stories in magazines such as Jet and Ebony.

But perhaps most significant, in a time of Rosa Parks and the Montgomery bus boycott, Carson-Wilkins says: “It meant our folks didn’t have to sit in the back of the bus.”

Before Safe Bus, there was that first jitney. It was such a success that others started operating jitneys, giving them names like Lightning Express and Blue Haven.

By 1926, at least 22 men were operating 35 jitneys. But the lack of licensing, poor roads, and competition for passengers made it a risky business. So that year, at the urging of city leaders, some of the jitney operators formed Safe Bus. The operators put up $100,000 for the company, which got its charter that May and hit the streets in June. The ninth anniversary brochure describes the first buses — 35 “of a very antiquated type” — charging a fare of 5 cents.

The company did a lot of things right in those early years — sticking to short, profitable routes, for example, and having skilled mechanics repair buses, rather than buying new equipment. And it provided a needed service: getting the city’s black residents to work, to school, or downtown to shop.

But what many people remember most about Safe Bus are the smiling faces behind the wheel. From Day 1, Carson-Wilkins says, drivers wore uniforms. And they took their jobs seriously.

“Many people say that segregation gave birth to Safe Bus and integration ended it.”

James Connor came to Safe Bus in 1967, after serving nearly 10 years in the Army. He made a career at the company, and represented employees as union president during the last years of Safe Bus. But what is he most proud of? “I never did have an accident,” Connor says, and he was a driver for Safe Bus and the WSTA for 37 years and eight months.

Priscilla Estelle Stephens started driving for Safe Bus in 1966 and worked at the company until 1972. She later drove for Greyhound until she retired.

Stephens has her own place in the history of Safe Bus: She was the company’s first female driver. There were no problems, she says. “I always tried to carry myself to where if anybody said anything about me, it would be something good.”

When drivers were hired, they were assigned their own routes. That meant they got to know their passengers.

“The regulars didn’t want us to take a vacation,” Connor says. “We knew where they lived, and sometimes when they weren’t there when we showed up, we would wait for them.”

Connor had two uncles and a cousin who drove for Safe Bus, and both he and Stephens were passengers long before they were drivers.

It was as a passenger that Stephens got to know a driver who became a legend at Safe Bus: Clark Campbell. Campbell later trained her, and he told her that he was “tickled pink when I put in an application to drive,” Stephens says. “He told me: ‘I’m just pleased with you. You’ve always been special.’”

Campbell came to Safe Bus in 1944. He started in maintenance, and was joined by his brother, Theodore, a couple of years later. Both brothers soon became drivers.

“The Campbell brothers had a long reputation as really nice guys,” Carson-Wilkins says. They knew the community, and they were both good drivers, often training new hires. Clark also was known as a bit of a teen heartthrob among students who took Safe Bus to the city’s black high schools, Carver and Atkins, and downtown to go shopping.

“My mama, when she was a little girl, she would ride the bus … and from what she told me, a lot of the girls had crushes on Clark Campbell,” Carson-Wilkins says. “They would get on the bus and ride all day long with Mr. Campbell.”

Theodore retired first, but Clark stayed on with the WSTA. He stopped driving in 2006, but remained on the active driver list until his death in 2008. In 2007, the WSTA renamed its transportation center for him — making it the first building in downtown Winston-Salem to be named for a black person.

Safe Bus ended its long run in 1972, but not without once again making history. It became, according to a Washington Post story from 1969, the only black-owned transit system in the country to serve the entire community.

In 1968, after years of losing money and a long strike, City Coach Lines simply stopped operations in Winston-Salem and drove its buses out of town.

By 1971, the company had discontinued routes and cut hours. It was getting federal and city subsidies, but that wasn’t enough. After a referendum, the city took over Safe Bus’s operations in 1972.

Cassandra Greene Miller, daughter of Safe Bus President Buster Greene, may have explained it best: “Many people say that segregation gave birth to Safe Bus and integration ended it.”

The WSTA kept the Safe Bus staff, including its general manager, Hampton Haith, who took on a different position. The new administration building was named for him.

Still, many longtime customers didn’t want the city to take over. Safe Bus was something special, James Connor says. “They would go to other cities and brag about it: We had our own bus service.”