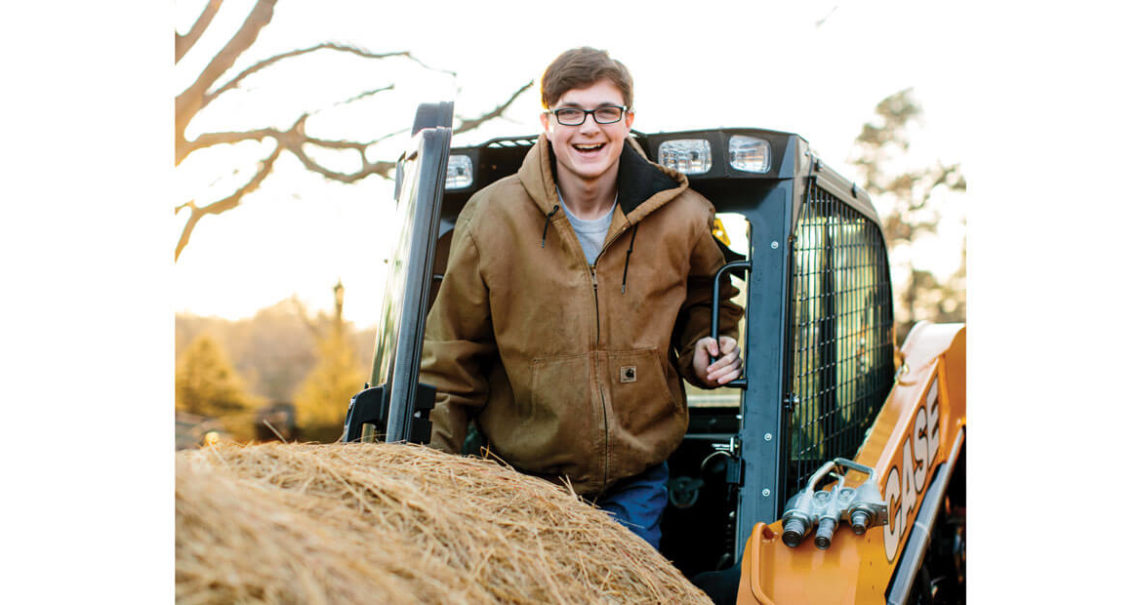 Chase Hawkins looks a little tired as he watches two pregnant heifers scamper as best they can toward their trough. He’s just pulled the night shift at Hoof Beat Farm in Hillsborough, at the ready in case either of the cows gives birth. He scratches their ears, then gives loving pats to the five steers that are already happily devouring their food.

Hawkins, 16, helps run the farm with his younger brother, Ayden. It’s been a lesson in responsibility and work ethic, but to these boys, who’ve raised animals here since they were old enough to tie their shoes, any other way of life just wouldn’t make sense. “I’ve learned a lot of life lessons out here,” Chase says, looking across the pond. “I wouldn’t trade it for anything else.”

The Hawkinses started Hoof Beat Farm on family land when Chase was 10 and Ayden was 7 as a way for the brothers to raise and show livestock with their father, Jason. The land was being leased to relatives, but neither father nor sons were willing to give up on the hundred-year-old barns that were constructed with wooden pegs, or the big tractor that Jason remembers his grandfather driving. What the farm lacked in capacity, they would make up for in creativity.

On the rare occasions when he’s relaxing inside, Chase often watches videos of other farmers.

While Chase and Ayden run the meatier side of things, the whole family pitches in to manage 186 acres of corn, wheat, oats, soybeans, and barley. The boys often bring their friends to assist with the biggest tasks, like making last season’s nearly 5,000 bales of straw. “We’ve got kids that live in subdivisions that have never been on a farm who show up in shorts and T-shirts,” Jason says. “They’ll just be so happy to be around tractors and stuff, and getting paid.”

That’s how it used to be, Jason says, back when most of the kids in Hillsborough worked on family farms. Now, Ayden and Chase are something of a rarity.

“I don’t talk about farming at school,” says Ayden, who plays lacrosse and enjoys hunting and fishing. Chase chimes in: “I do! That’s all I talk about. People have to tell me to stop.” His passion for farming doesn’t even slow down when he does: On the rare occasions when he’s relaxing inside, Chase often ends up watching videos of other farmers on YouTube. 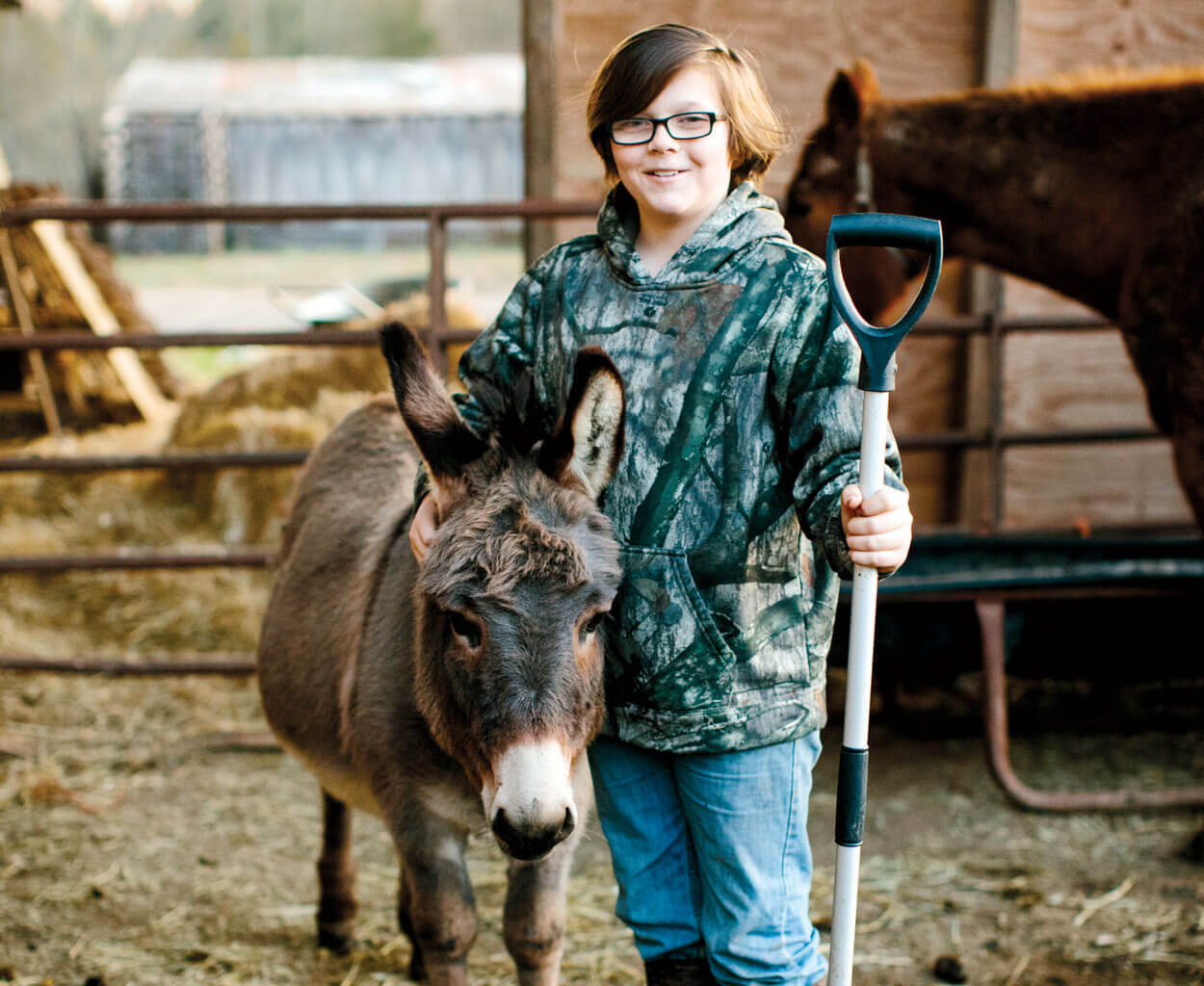 The cows at Hoof Beat Farm feast on grain that’s been used to make whiskey and bourbon. Ayden also takes care of his donkey, Luke.

At Hoof Beat Farm, cows spend six months lounging, taking summer swims in the pond, and eating until they’ve doubled in size. But the real treat is what’s in their troughs. Besides the usual grass and hay — and about 2,000 apples — these bovines are also served a sludgy delicacy: The Hawkinses sell their grain to local distilleries, which then return the remnants after they’ve been processed for whiskey and bourbon. “It looks like oatmeal and it smells like beer,” Jason says, though the soppy grain has no alcohol content. And the cows? “They go crazy for it.”

Besides selling directly to customers who visit the farm, the Hawkinses supply two local restaurants, Village Diner and The House at Gatewood, with “beer-fed beef” for patrons who want to eat clean meat with a tender, buttery texture.

It’s hard work. After late dinners of what the family calls “the four food groups for boys” — pizza, tacos, burgers, or spaghetti — the Hawkinses are in bed by 9 p.m. But Jason says that the lifestyle is developing his boys into competent and independent young men whom he trusts to go outside and do just about anything that needs doing, from mowing to tilling to bushhogging. “I hear people talking about their kids and how they wish time would slow down,” Jason says. “I’m excited to see where these guys end up.”