If the sound of worship music is leaking out from her nondescript commercial kitchen tucked behind a warehouse in Hickory, it means that Jessica Anaya is in the zone.

“I’ll turn music on and just see where the board takes me,” she says. “There are pretty much endless possibilities. It calms me.”

Anaya has always enjoyed working with food and studied culinary arts at Asheville-Buncombe Technical Community College. She prefers to work intuitively rather than feeling hemmed in by precision or recipes, making charcuterie an ideal outlet for her creativity. When she started Simply Jam’n Boards in early 2021, she wasn’t sure how it would be received in her hometown of Hickory. Within months, though, her business took off. She spent Mother’s Day busily fulfilling custom orders for charcuterie boards and boxes. 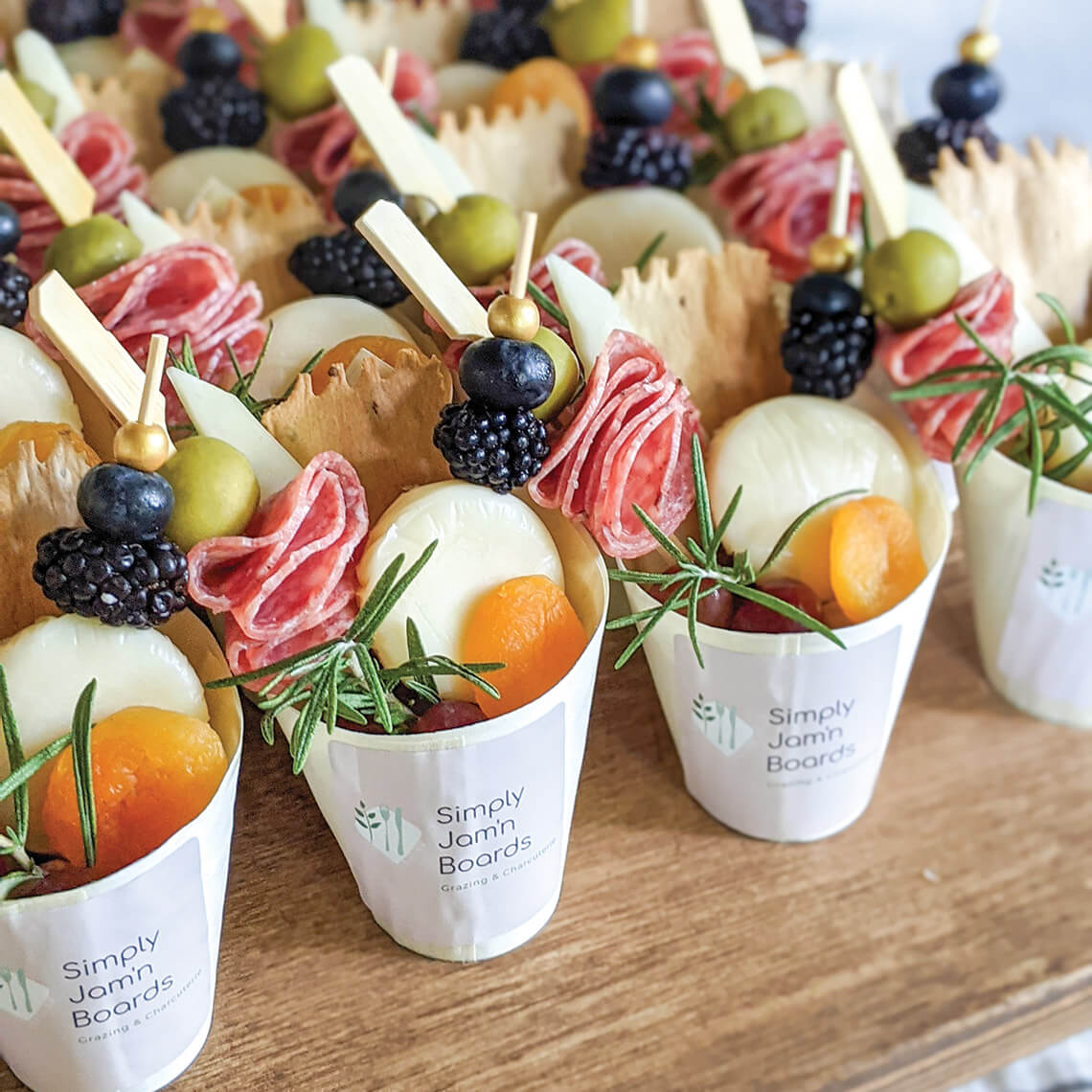 “It’s been a short, wild ride so far,” she says. “I didn’t realize that the market would be as good as it’s been. It’s been a blessing.”

Across the state, the charcuterie business is booming. The idea of a meat-and-cheese board isn’t new, but social media has helped the visually compelling format rocket to new heights of popularity. Charcuterie may have been a popular add-on for catering orders in the past, but new businesses focused solely on beautifully arranged grazing boards are opening at a startling speed around North Carolina. 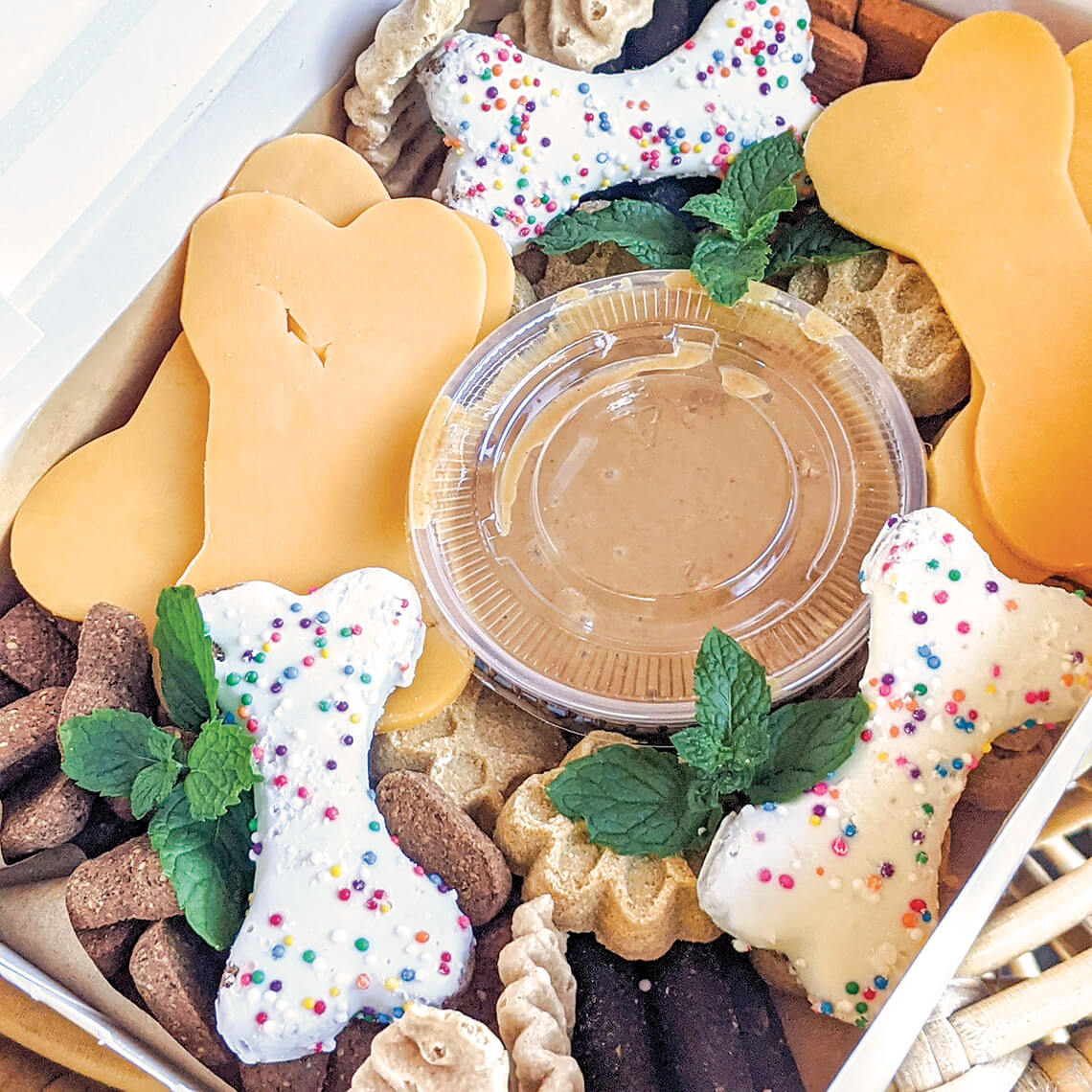 The trend isn’t confined to urban centers, either. Newly minted entrepreneurs are customizing trays with ingredients like Genoa salami, tangy Manchego cheese, and spicy fig jam for football tailgates in the mountains and beachfront dinners alike.

For Anaya, her charcuterie workshops quickly grew into one of her most popular offerings. She’s expanded to a food trailer, which will allow her to reach wineries and events in nearby communities like Morganton and Lenoir. She even started offering a “bark-cuterie” box for dogs, complete with dog-friendly vegetables and all-natural treats. Soon, she says, she hopes to open a storefront.

Aya Okale-Weeks recently did exactly that. After spending more than a year doing popup events, attending markets, and taking custom orders, Okale-Weeks flung open the doors on a physical space in Research Triangle Park. Meat & Graze is one of about a dozen new stores inside the “Boxyard,” a complex of shops composed of refurbished shipping containers.

Okale-Weeks, who lives in Durham, still works her full-time job at a local foundation. But after her brother was tragically killed in 2019, she found that making charcuterie boards for friends and family “was one of the only things that put a smile on my face. 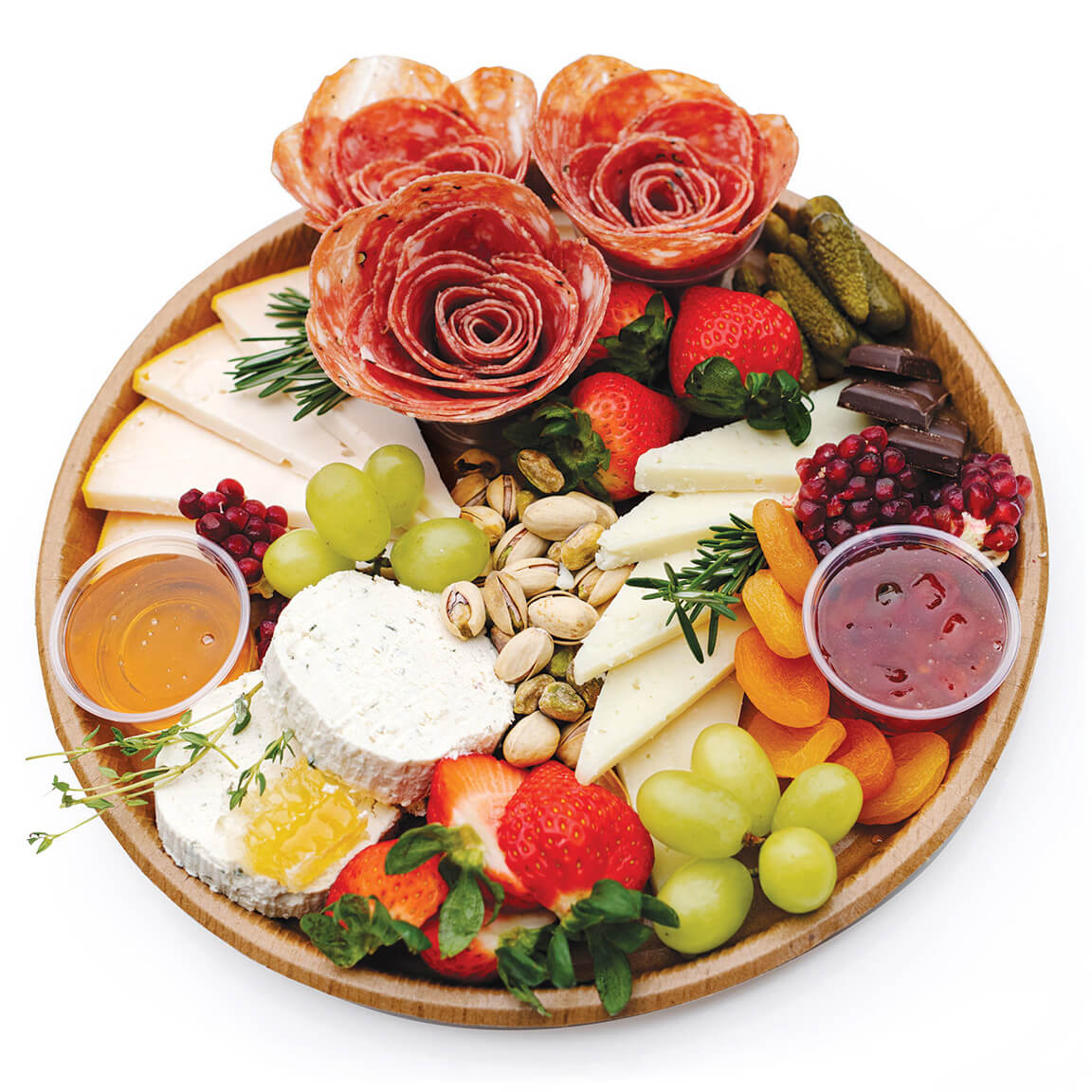 “I think it was just the notion of sharing something with someone else, both with creating something you’ve made but also it being something that brings people together,” Okale-Weeks says. “I really liked that there was so much to know about cheese. I’m convinced that you can live a whole lifetime and not know everything there is to know about wine and cheese and food.”

She finds small ways to subtly weave memories of her brother into her work. Rosemary, known as the herb of remembrance, is present in all of her trays, and Okale-Weeks often adds dark chocolate, a nod to her brother’s “dark, rich skin.”

“We talked so much about entrepreneurship,” she says. “I try to honor him.”

Like her counterparts across the state, Britany Rawlins never imagined a career in charcuterie. A few years ago, such a thing didn’t really exist. The 22-year-old native of Little Washington had planned to graduate from the University of North Carolina Wilmington with a psychology degree before pursuing a doctorate. But once her hobby of making charcuterie boards with friends took off last year, she decided to put her education on hold to see where the business could go.

“I wish I was a business major and that I had a little bit of background,” Rawlins says. “I do everything myself, and it’s been a big learning process. Nobody in my family owns a business or knew anything about this.” 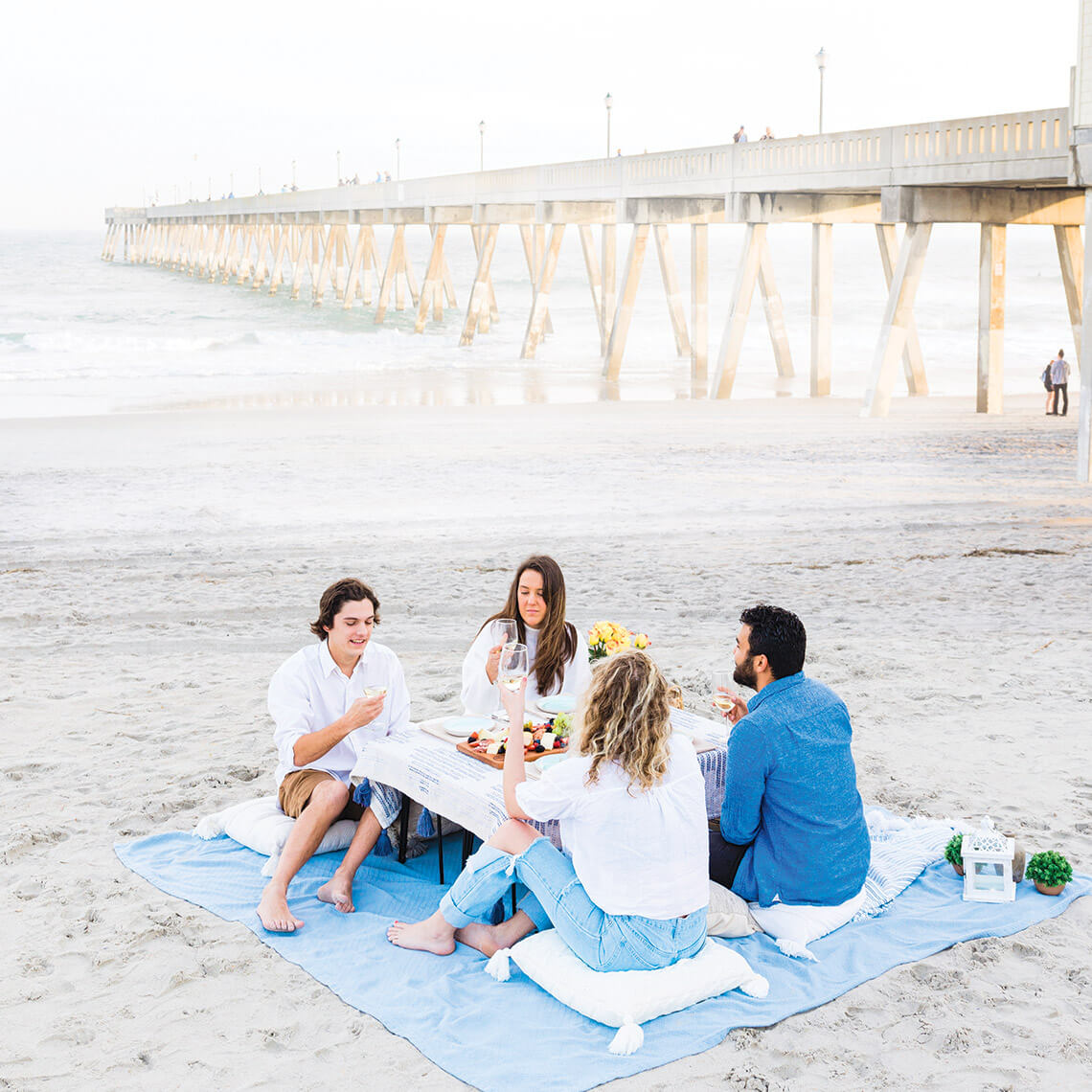 The owners of Seaside Charcuterie can set up picnics, preparing grazing boards that match the beauty of local backdrops like Johnnie Mercer’s Pier in Wrightsville Beach. photograph by Matt Ray Photography

Rawlins and her business partner, Luke Mitchell, haven’t let that stop them. Launched in April 2021, Seaside Charcuterie is already popular with locals in Wilmington, and it has started to catch on with out-of-town beachgoers as well. In addition to custom orders, Seaside also sets up picnics — Rawlins recently laid out a romantic spread for a couple in front of their Carolina Beach hotel.

“We’re really flexible, and we would love to do anything that would make people happy,” she says, adding that Mitchell can custom-engrave the charcuterie boards. “We can really do anything to make it personal and what they want.”

“I like to create a delicious memory,” she says.

Harter grew up in Banner Elk but had been living in Florida with her husband when the pandemic hit. After having a baby, they moved back to western North Carolina. Lying in bed one night, trying to figure out her next career move, it clicked — Harter often made charcuterie boards, and she’d seen someone in Florida turn them into a successful business. Nothing similar existed in Boone at the time.

Now, several local breweries, a winery, and a coffee shop stock her treats. Wedding and tourist season in the mountains kept her particularly busy last year.

Boone Boards dedicates a portion of proceeds to Semper Fi & America’s Fund, which supports combat-wounded, critically ill, and injured service members, their families, and veterans. Harter’s husband, a Purple Heart recipient, previously benefited from the program, inspiring her to pay it forward.

Discover 21 portable dishes that you can prepare at home, then pack up your basket and spread out a blanket for a perfect picnic — anywhere.

Find the recipes at ourstate.com/portable-picnic.