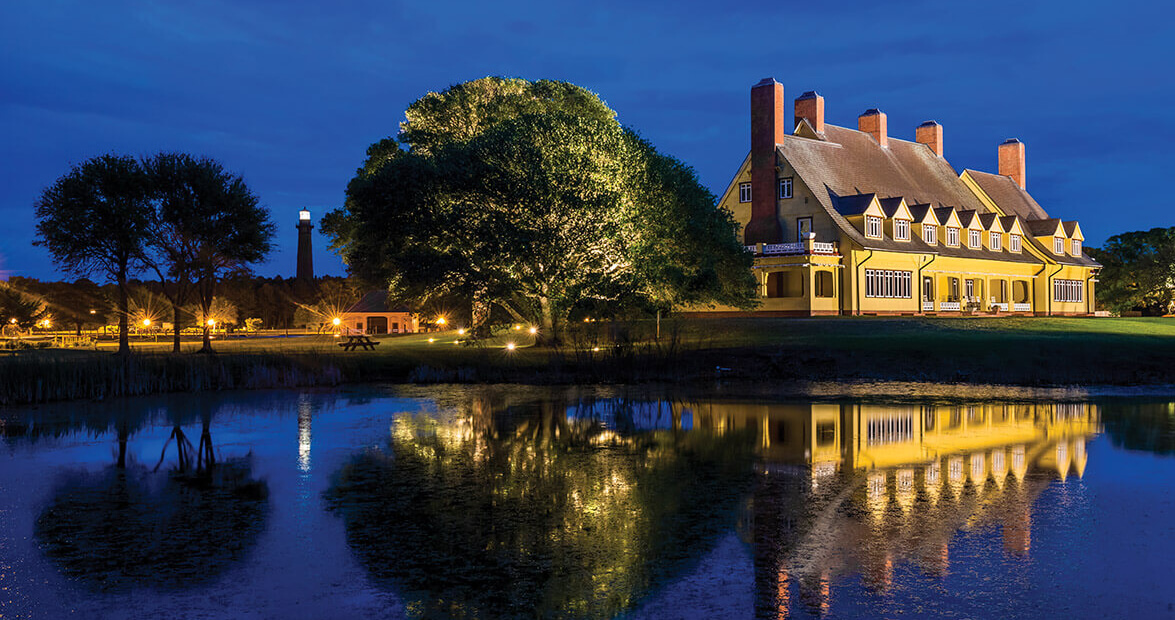 Sure, enduring tales of pirates, shipwrecks, hauntings, and the Lost Colony speak about the dead — but they say more about the living. In the South, our fears and values as a people are best captured in a good ghost story. Here are four classics from the Outer Banks to get you in the Halloween spirit.

After Whalehead Club’s completion in 1925, owner Edward Knight and his blushing bride would only spend nine hunting seasons in the stately home. Within three weeks of arriving at Whalehead Club for their annual retreat in October 1933, the Knights abruptly left with no explanation — never to return.

The property changed hands many times in the decades that followed, serving as a bunker for the U.S. Coast Guard in World War II, a boys school, and a scientific research facility. It also sat empty for a number of years.

Due to its constant metamorphosis, parts of Whalehead Club’s history remain unknown, but one thing is certain: Here, the past lingers like cigar smoke.

“More than once, we’ve had people say, ‘How could you allow smoking in a museum?’” docent Karen Wilson says. “I say, ‘Well, we don’t.’” That’s when she knows to check the dining room.

Every so often, the sharp, undeniable smell of tobacco eddies around room, where a portrait of Mr. Knight — who’s holding a cigar — hangs.

Related Video: A trip inside the world’s largest distributor of costumes, right here in North Carolina.

The phenomenon was first noticed decades back, when researchers from Atlantic Research Corporation — rocket scientists, mind you — slept in the dwellings upstairs.

“Now, this is a wooden house. You don’t want to smell smoke in a wooden house,” Wilson says. “They’d come down, tiptoeing around to see where the smell was coming from.” Sure enough, the portrait was emitting a curious haze. It happened so often that the portrait eventually had to be restored due to mysterious smoke damage. 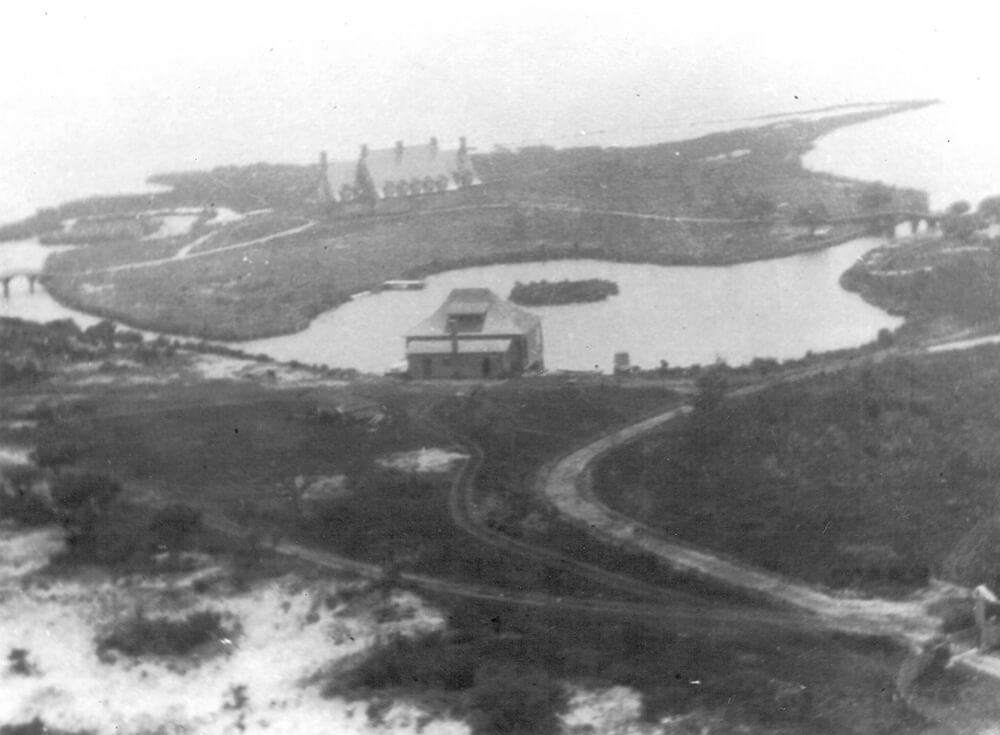 Does Mr. Knight haunt Whalehead Club? No one can be entirely sure, but several spirits are believed to take up residence here. Learn these stories on one of the property’s two tours ghost tours, one held in the evening or another in the afternoon, which is geared toward younger audiences.

The Haunting at Teach’s Hole — Ocracoke

With all of the shipwrecks that have taken place along the coast of the Outer Banks, they don’t call it “The Graveyard of the Atlantic” for nothing. And with a sinister name like that, there are bound to be a few ghost stories hidden beneath the water’s surface.

The Outer Banks’ treacherous tides are one reason why piracy, smuggling, and wrecking were once rampant along our shores. Pirate Edward Teach, better known as Blackbeard, made Ocracoke his primary haunt in life — and some might add — in death.

Just a few days before Blackbeard was captured and beheaded in 1718, he threw a bash for some fellow pirates at Springer’s Point, which remains as a largely undeveloped maritime forest on the island. The late Roy Parsons, a musician and beloved Ocracoker, dared to venture into Springer’s Point on numerous occasions. He had some spooky run-ins now and again, but it wasn’t until a large man, a dead ringer for Blackbeard, chased him through the woods that Parsons decided never to return.

Those who claim to see Blackbeard’s ghost today commonly say you can find him roaming the shore along Teach’s Hole, carrying a lantern while looking for his lost head.

The White Doe of Roanoke — Roanoke

What happened to the Lost Colony? For years, it’s a question that has set tongues wagging among historians, archaeologists, and North Carolina fourth-graders alike.

When Governor John White returned to the area in 1590, the only vestige of the fabled colony he could find was the word “CROATOAN” ominously carved into a tree. As the years passed after the colony’s disappearance, a legend emerged that perhaps its most famous member, Virginia Dare, still roamed the area — but in the form of a white doe.

Those who believe the story tell it like this: Dare, the first English child born in the United States, was raised by the local Manteo tribe. She became known as Winona-Ska and grew up to be the romantic interest to several men in the tribe. Chief Okisko wished to marry her — as did an old witch doctor, Chico. When Dare turned Chico down, he went into a jealous rage and used magic to turn her into a deer, so that no man could be with her.

Various written accounts of the legend, dating as far back as 1888, portray the doe’s fate a little differently. The doe fell victim to either a silver arrow or bullet — the subject of who shot the deer and why is up for discussion — but once the projectile hit the doe’s heart, the animal transformed into the lifeless body of Virginia Dare.

In many ways, our continued fascination with the legend of the white doe is rooted in our desire to make sense of the disappearance of the Lost Colony. People like having something to believe in — perhaps that’s why some still report seeing a ghostly white deer scampering about Roanoke to this very day.

Truth is stranger, and sometimes scarier, than fiction. It certainly was for the U.S. Coast Guard officials who discovered the abandoned Carroll A. Deering in 1921.

Before the schooner ran aground on Diamond Shoals, it caught the attention of a Captain Jacobson, who was manning the Cape Lookout Lighthouse. He reported that the crew was “milling around” rather suspiciously, and one man aboard told him that the ship had lost its anchors.

When the Coast Guard came across the ship two days later, the sails were set and the lifeboats were missing, but the crew was nowhere to be found. All personal belongings had vanished, yet food had been laid out as if the crew were about to sit down to a meal. The bizarre details surrounding the ship’s discovery are what made this maritime tale a legendary one.

To this day, no one quite knows what happened to those on board the Carroll A. Deering, but various theories point to piracy, mutiny, and rum-running. Some even say there’s a paranormal, albeit unsubstantiated, explanation: The Bermuda Triangle, which the ship happened to pass through during its voyage, sealed the crew members’ mysterious fate.