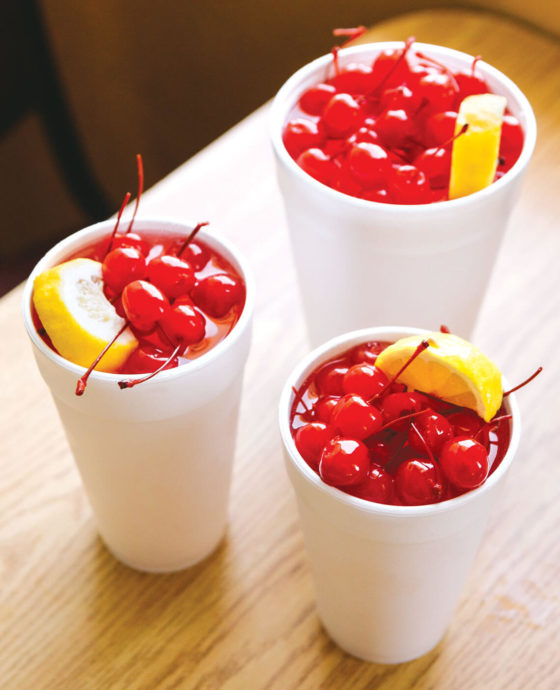 It’s been a classic since 1959. Even Guy Fieri of Diners, Drive-Ins and Dives is a fan of the fried chicken dipped in sweet/hot barbecue sauce with onions, but locals generally go with the Westside Burger — two (three-ounce) patties with melted cheese, mustard, onion, chili, and coleslaw.

There are no speakers under the covered parking area, but an energetic carhop will come by quickly. While Blackwood’s has a good burger, don’t forget the homemade Cherry Lemon Sun Drop with added maraschino cherries (ours had 16 in a single cup).

You can order from your car or go inside and order on a telephone from your booth. Either way, Cardinal is a family-style classic for burgers and shakes.

Part of a chain with about a dozen locations, mostly around Raleigh, this spot specializes in charcoal-grilled burgers made to order. You have to walk up to the window to place your order, but the original location still looks the same as it did when it opened in 1959.

With exclusively curbside service now, you don’t even have to order from the take-out window to be rewarded with Mount Airy’s classic: the ground-steak sandwich, a sort of Sloppy Joe that apparently dates back to the 1930s. The ice cream is awfully good, too.

The 1955 original on South Boulevard is gone, but the second location, built in 1959, has survived all the changes on Independence Boulevard (U.S. Highway 74). 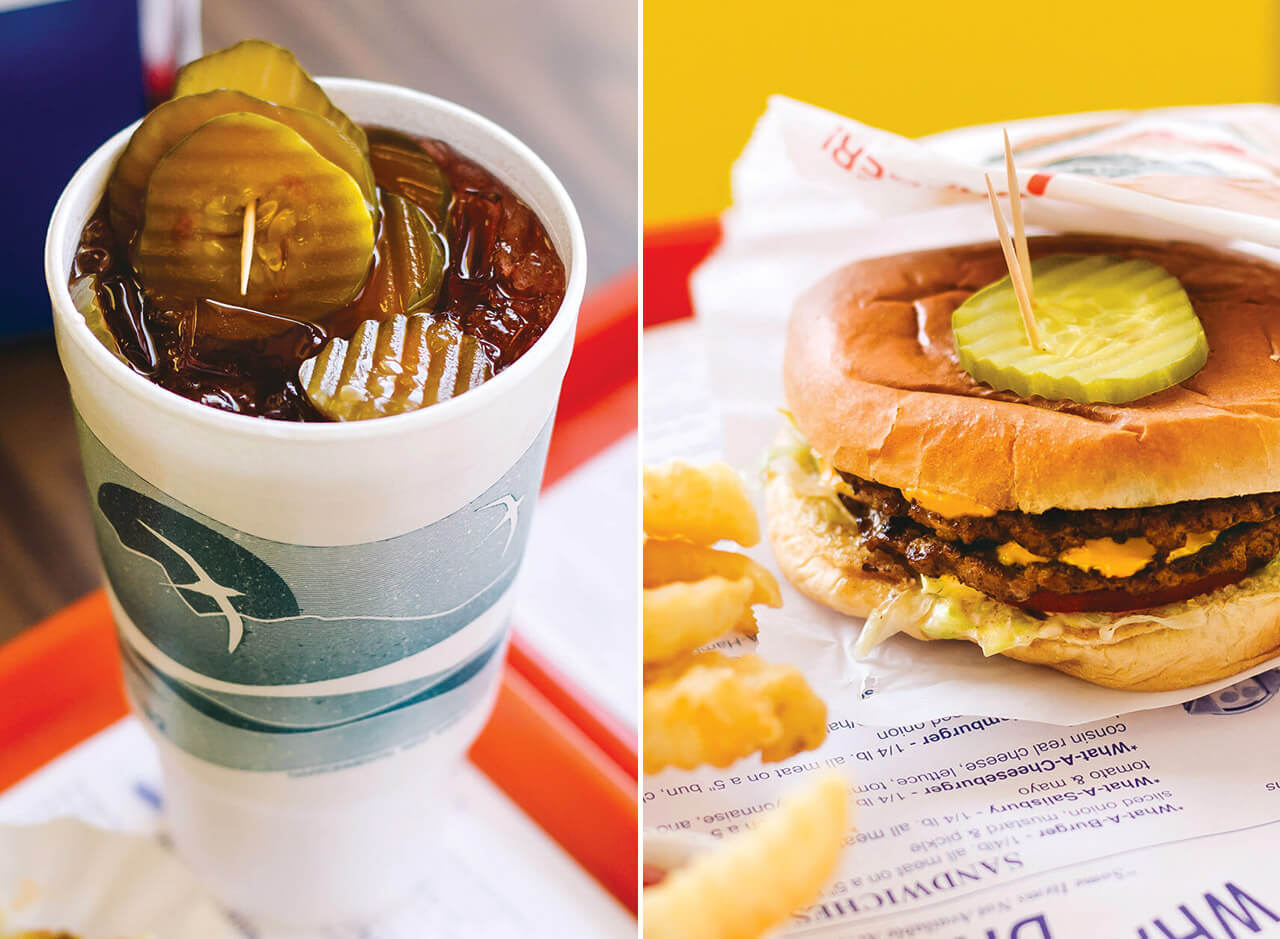 The Witch Doctor may have been named for the 1958 novelty song by David Seville, but no one knows for sure. You can still order a Double What-A-Burger with crinkle-cut pickle slices. photographs by Joshua Vasko

No, we didn’t forget What-a-Burger. Not all of them are owned by the same family, so there may be variations in the curb-service style and the menus.

[Related: Read more about the history of What-a-Burger]