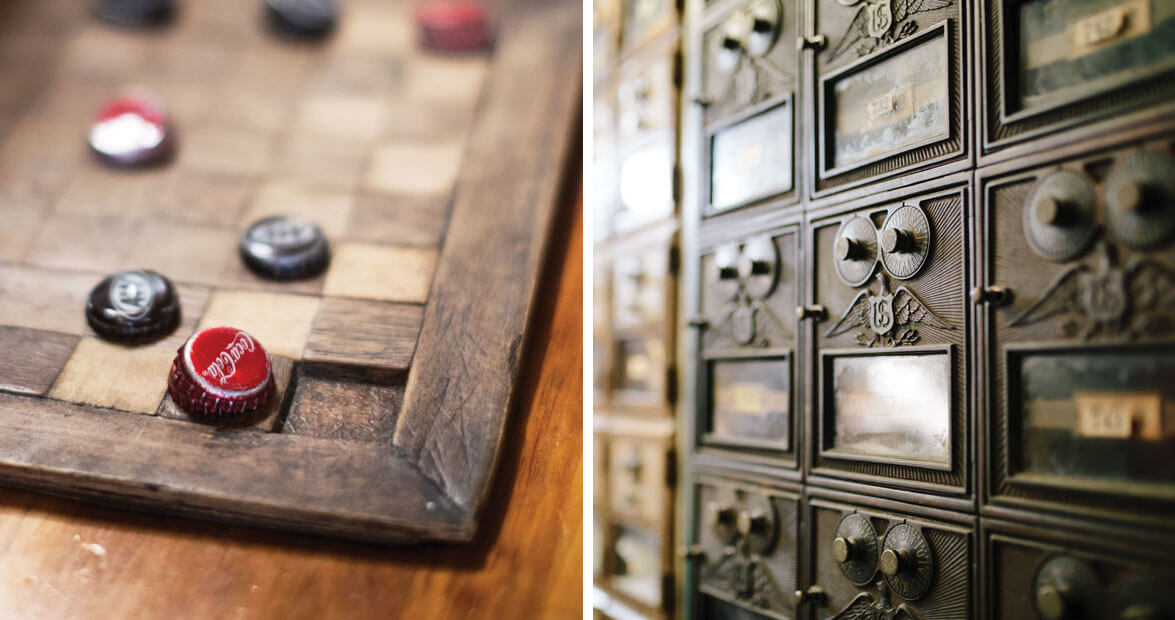 John and Faye Cooper weren’t the first owners of Mast General Store. But, as far as anyone knows, they — along with their two young children — were the first people to live in it full-time. The building was constructed by Henry Taylor in 1883. Back then, it was known as The Taylor General Store. In 1897, W.W. Mast bought into the business, and in 1913, he purchased it outright and gave the store its current name.

When John and Faye first saw the store in the late 1970s, it had been owned by a series of people who hadn’t had much success in continuing what the Mast family had established. But the Coopers were enchanted by the way the building’s screen door felt like a portal into history. So they sold their house and much of what they owned to gamble on their dream of opening a provision shop. With everything they had invested in the business, they decided it would be financially prudent to take up residence on the store’s second floor and in its attic. That’s where they were living when they reopened the store in 1980. 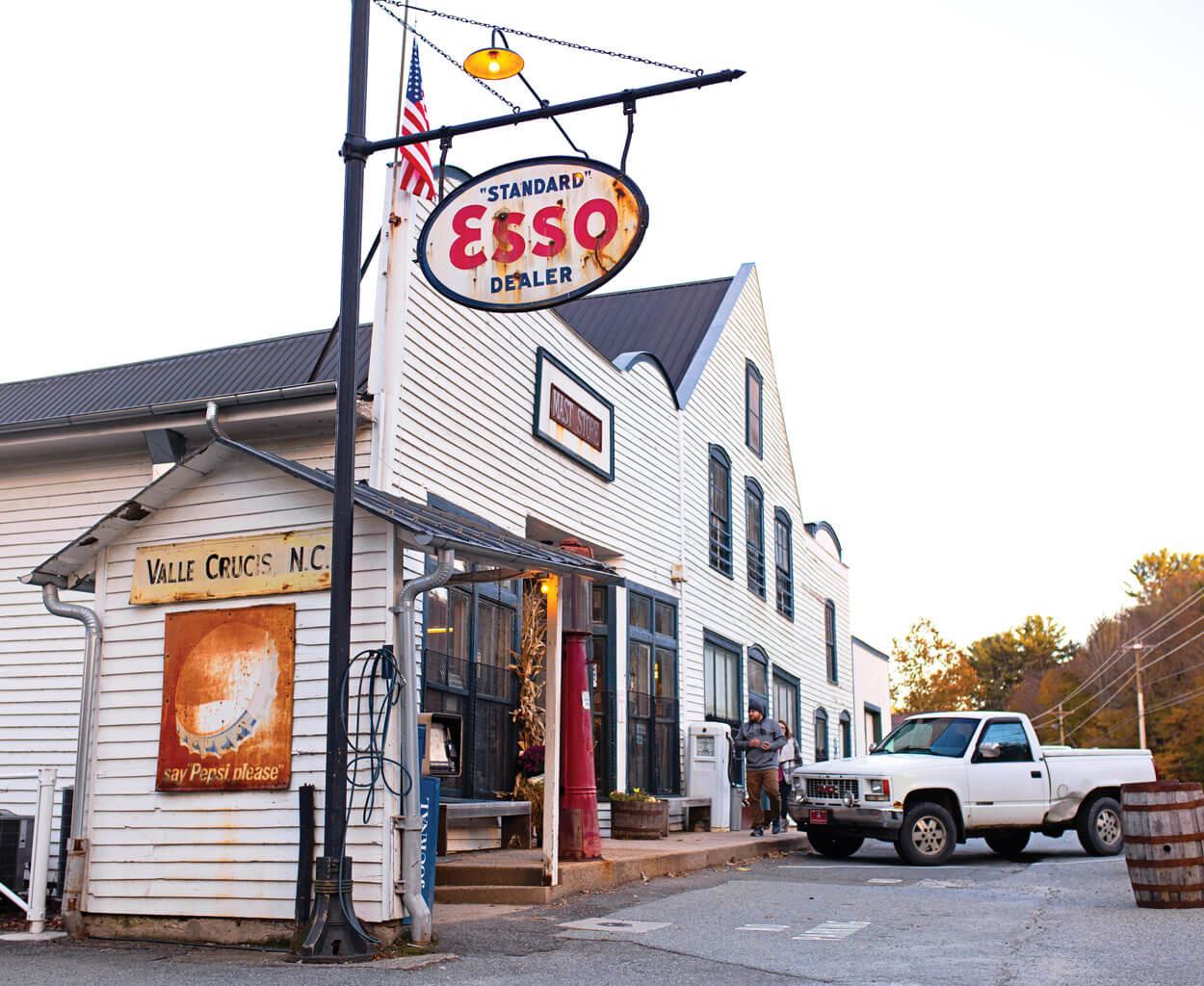 There are nine Mast General stores in North Carolina, South Carolina, and Tennessee. The original one in Valle Crucis occupies a charming 1883 building. photograph by Revival Creatives

In the winter, the attic was cold, heated only by the residual warmth of the woodstove flue that came from the retail space below. Each night, while wind howled along the Watauga River, John would climb down the creaky steps so that he could feed the fire that comforted his family. Sometimes, he’d pick up a carton of milk from the cooler on his way back upstairs, so they’d have it for breakfast the next morning.

The family decorated the store with antiques that had been displaced when they’d settled in upstairs, and the sight of the memorabilia inspired some of their first customers to bring things from their own attics to add to the walls. Often, the items were goods that had been bought at the store generations before. 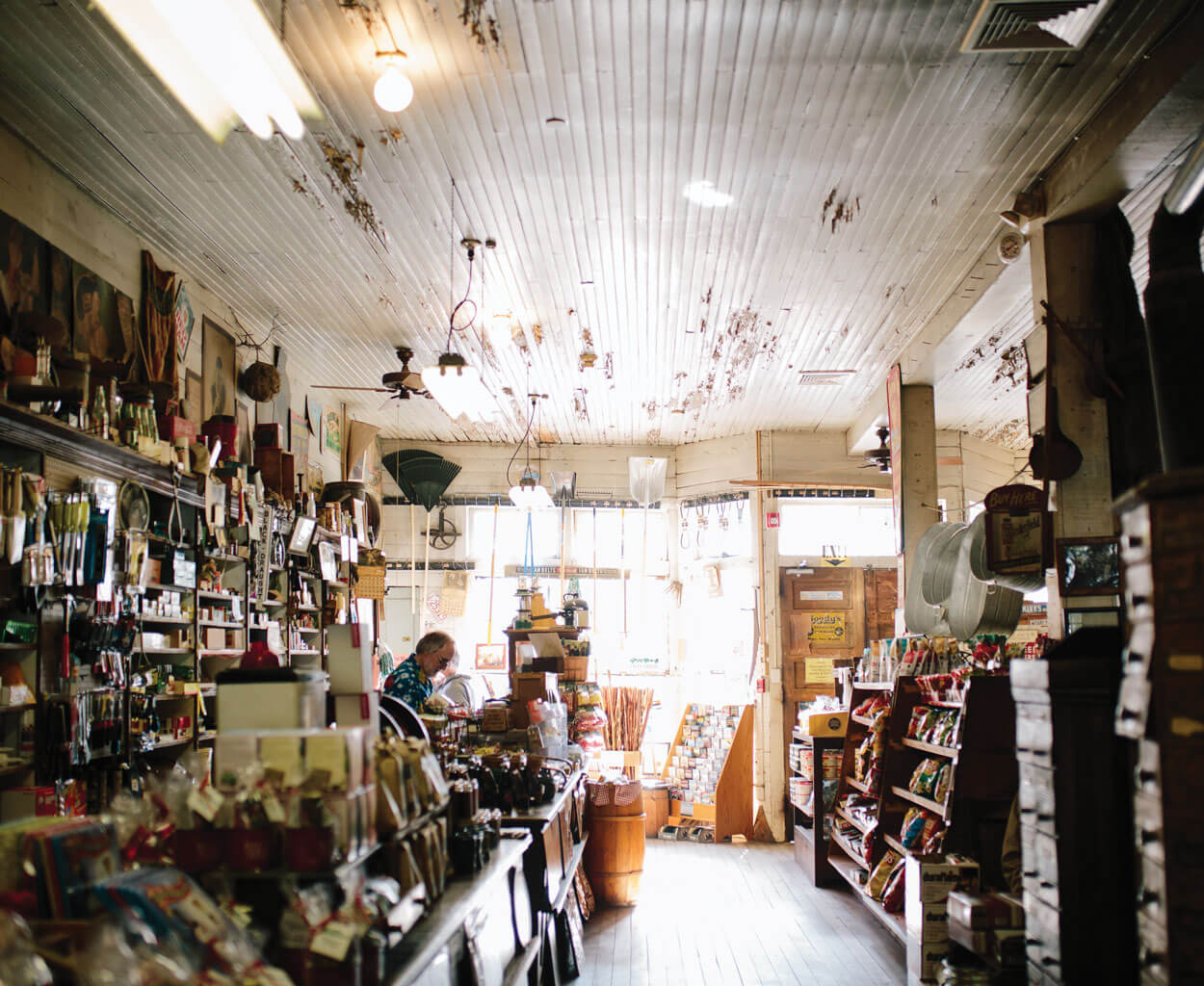 The shop that has it all stocks local history with its penny candy, winter boots, and other gear. photograph by Revival Creatives

In those early years, John frequently asked customers what they could recall about the store from its days under the Mast family’s guidance, and he did his best to re-create the past. That’s how the store regained its iconic checkerboard. In Valle Crucis — where outdoor pastimes are often stymied by harsh weather in winter — word quickly spread that, once again, it was possible to while away icy afternoons with a board game and old-timey candy, surrounded by kind neighbors.

The Coopers knew that the store used to have a post office in it — a place of daily ritual that was sorely missed — so they set about getting it back. Unconcerned with payment for the service, they requested a $1 fee from the U.S. Postal Service to operate it. Surprisingly, the application was declined. John called to see what had gone amiss, and a government official pointed out the substandard fee he’d requested. When USPS had seen the measly amount, they’d thought he was kidding.

The family moved out of the store in 1984 because they wanted a real home and to make the upstairs into an office. It wasn’t long before their enterprise outgrew the entire building. Their prowess with camping gear and cast-iron cookery eventually led to a string of stores across the region.

John and Faye’s daughter, Lisa, became president of the company three years ago, and she feels that it’s important to continue her parents’ tradition of revitalizing abandoned structures as the company expands. “It’s meant a lot to us to bring buildings back to their heyday, and to restore the idea of general stores as hubs of community,” Lisa says. “Each place has its own charm.” 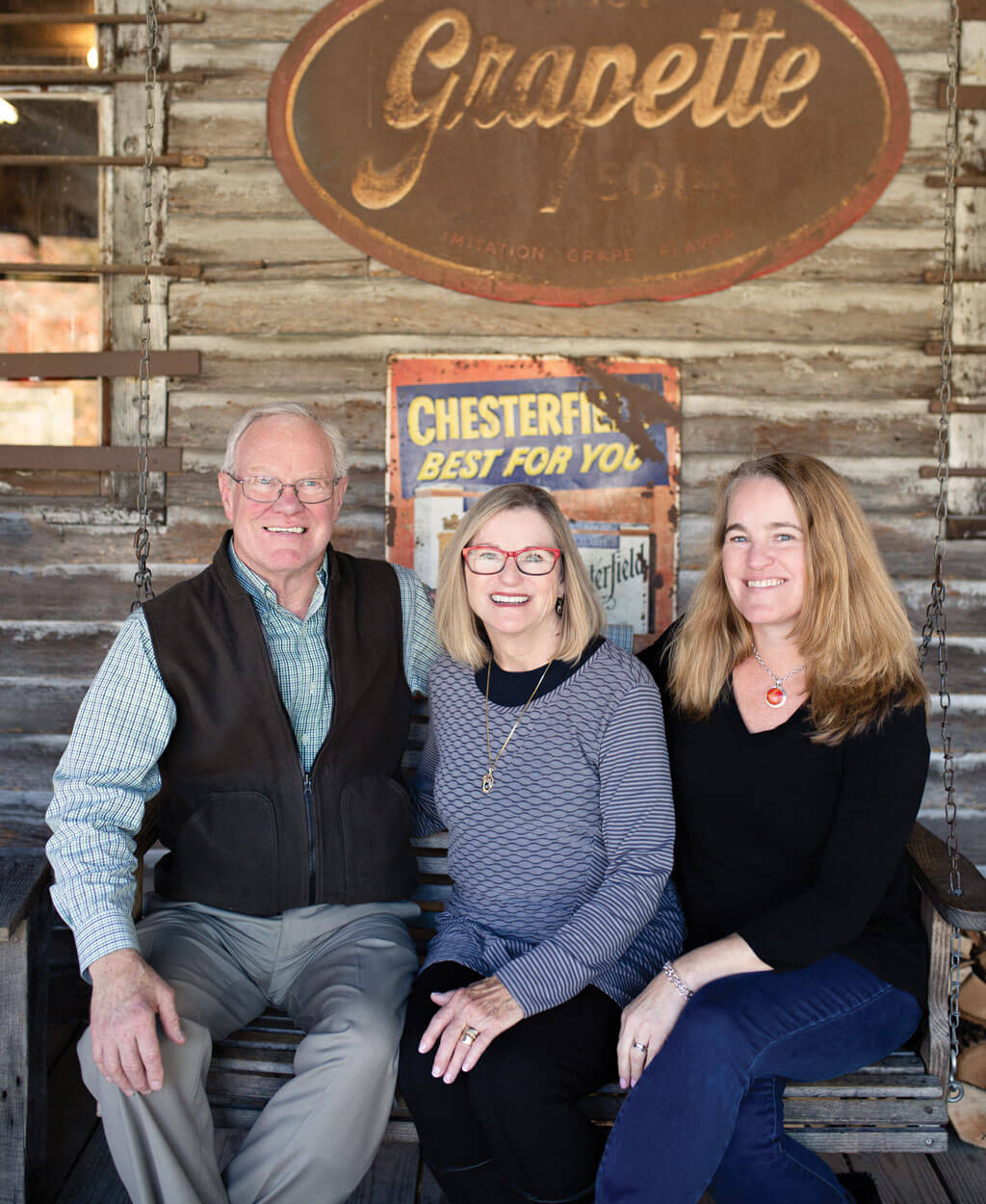 But there’s no denying that there’s something special about that flagship location. On snowy days in the High Country, people still show up to huddle around the woodstove that John once tended in his pajamas. Sometimes, after a game of checkers, customers will grab milk from the cooler to take back up their mountain for lunch. A few people even leave with magazines and handwritten letters tucked under their arms. Because, ultimately, the Coopers were successful in their quest to reinstate the store’s postal operation. “There’s not much money involved in running the post office,” John says, “but it pays in goodwill … and living tradition.”

There isn’t a single place in the state with a Valle Crucis address outside of that building. All the rural routes in the area have become attached to adjacent communities like Sugar Grove and Vilas through redistricting. The Original Mast General Store alone gives its community a zip code to call its own. And for countless locals and visitors alike, it still feels a lot like a home.