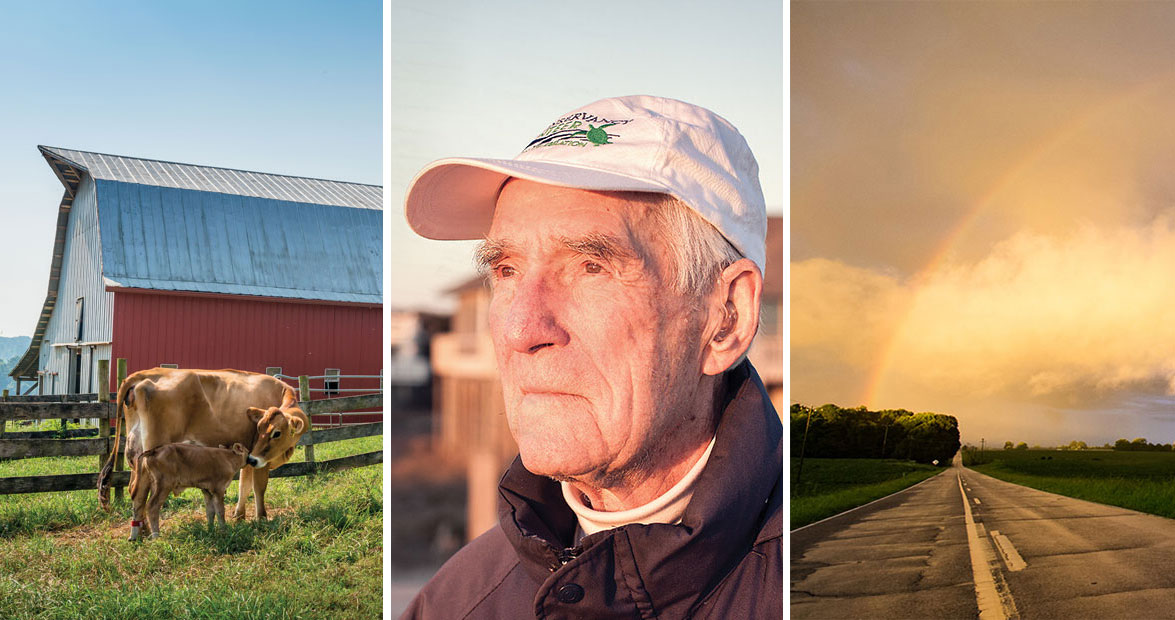 Growing up in Randolph County, I learned to appreciate the importance of family farms and the beauty of North Carolina’s pastureland. Iredell County ranks No. 1 in the state for dairy farms and milk production — my home county is ranked second — and I was thrilled to research and write our photo essay “The Cows of Iredell County” to celebrate North Carolina Dairy Month. The June 2014 issue’s cover, a peaceful, pastoral scene of Stamey Farms’ herd of cows in Statesville, remains one of my all-time favorites.

“The Generator Society of Bald Head Island,” May 2013

For most of its existence, Bald Head Island, just off Wilmington’s coast, had been an uninhabited barrier island with no electricity or running water. In the 1970s, an adventurous group of 19 families showed up by motorboat and built small houses, using kerosene lanterns for light and CB radios for communication. They called themselves the “Generator Society,” marking an era of pioneering on the coast that’s unheard of today. Michael Kruse wrote an incredibly insightful and memorable portrait of these people and this one-of-a-kind place.

I was having lunch with a friend outside at The Weathervane in Chapel Hill when it started “coming up a cloud,” as my grandmother used to say. My friend and I debated running inside, but the patio was covered, and we were so taken with that intoxicating smell of rain — you know that smell! — that we decided to stay put. Curious about the science behind that smell, we enlisted scientist and writer Eleanor Spicer Rice to enlighten us, and she revealed the poetic name of that smell: petrichor, or “blood that flows through the vein of gods.” This compact story won’t leave your mind for some time. Read it on a front porch, preferably during a summer rain shower.

Don’t be fooled: Duncan Murrell’s brilliant ode isn’t really about a hamburger, although it sort of is, but it’s also about memory. And landscape. And love.

In honor of National Poetry Month, we —a staff full of English majors — compiled what we believe to be an essential collection of poems that epitomize North Carolina’s geographical and emotional landscape. We included George Moses Horton, a slave from Chatham County who taught himself to read and wrote what became the first book published in the South by a black man. We also included a poem by North Carolina’s first female poet laureate, Kathryn Stripling Byer: “Mountain Time,” an evocative elegy of place and time. To me, this feature will be timely and relevant forever.

Our annual Christmas issues are always beloved by readers, and this story by Susan Stafford Kelly reached out and grabbed all of us. I learned of Sally Winey and her “hospital” for stuffed animals in need of repair when Sally herself sent me a letter, detailing the work and love she puts into the restoration of each teddy bear, some of which have been in families for generations.

The opening line — “This is what you see: On the edge of the town of Cherokee sits a grown man in a costume …” — sets the tone for one of the most powerful portraits of a place that we’ve ever published. Writer Michael Graff’s compelling story about culture and identity will forever change how you see a place that you thought you knew.

In our first-ever “What Makes Us Southern” issue, we called on acclaimed Charlotte writer Tommy Tomlinson to explore how one of the South’s simplest symbols — a glass of sweet iced tea — reveals so much about our collective character.

From June 2009 to May 2012, Chapel Hill novelist Daniel Wallace wrote and illustrated a humor column for the magazine, putting his quirky, oddball spin on topics like eating the same breakfast every morning (“AKA: North Carolina Sunrise,” January 2011), meeting the woman he’d marry at Crook’s Corner (“True Love,” February 2010), and what it means to teach at UNC (“Never Too Late to Learn,” September 2009). His light — and unusual — observational narrations on commonplace ideas lent a fresh, contemporary voice to our pages and offered an interesting perspective on things you’ve probably never thought much about.

Senior writer/editor Jeremy Markovich’s coverage of a naturalization ceremony in Charlotte was part of a selection of stories we ran on newcomers to North Carolina. Two out of every five North Carolinians weren’t born here, and this piece captures the emotion and pride of new citizenship through the lens of one character, Amra Beslagic, who fled war-torn Bosnia for America, graduated from UNC, and, in turn, became an immigration officer in Charlotte. Each month in Our State, we try to showcase the best that this state has to offer, and Amra’s story epitomizes what makes North Carolina so special: the people who choose to make this state their home.