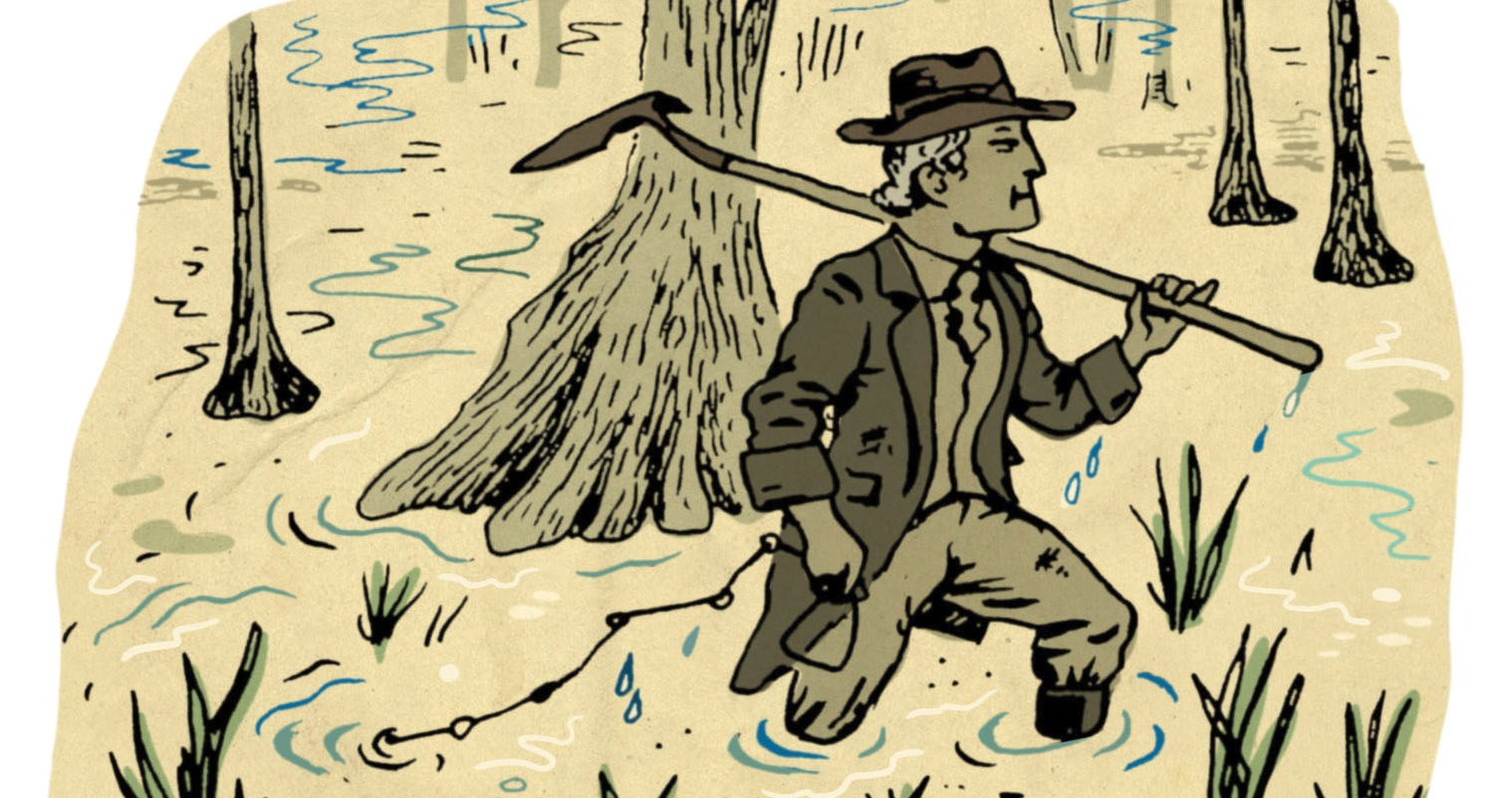 The instructions from King George II, as interpreted by his survey commissioners, were simple: Start at the Atlantic Ocean, 30 miles west of the mouth of the Cape Fear River. Then, draw a line northwest until you get to the 35th parallel. Then, head west. That was it. That’s all surveyors had to do to create the state border between North and South Carolina.

In 1737, the first survey crew stopped about 11 miles short of the 35th parallel. Oops. The next crew that came out 27 years later just started heading west from there, shorting South Carolina out of about 400,000 acres of land. C’mon. The next survey crew, in 1772, trying to make up for the mistake, decided to draw the line around a Catawba Indian reservation south of modern-day Charlotte, then head west again, this time to the north of the 35th parallel, giving South Carolina the extra acreage that it should have had in the first place. OK then!

To be fair, surveying in the 18th century was a punishing job involving heavy equipment (a Gunter’s chain!) and travel through mosquito-infested swamps and thick forests where trees had to be cut down by hand. “The remoteness of the territory and the difficulty of moving through the wilderness contributed to the original problems,” says Stephen Kelly, a visiting professor at Duke University who teaches a class on borders. Hence, it was much easier to just live with the mistake than to go back out and fix it. So here’s to you, royal surveyors. You may not have done what you were told, but you managed to give us a border that’s less boring than the one we share with Virginia.