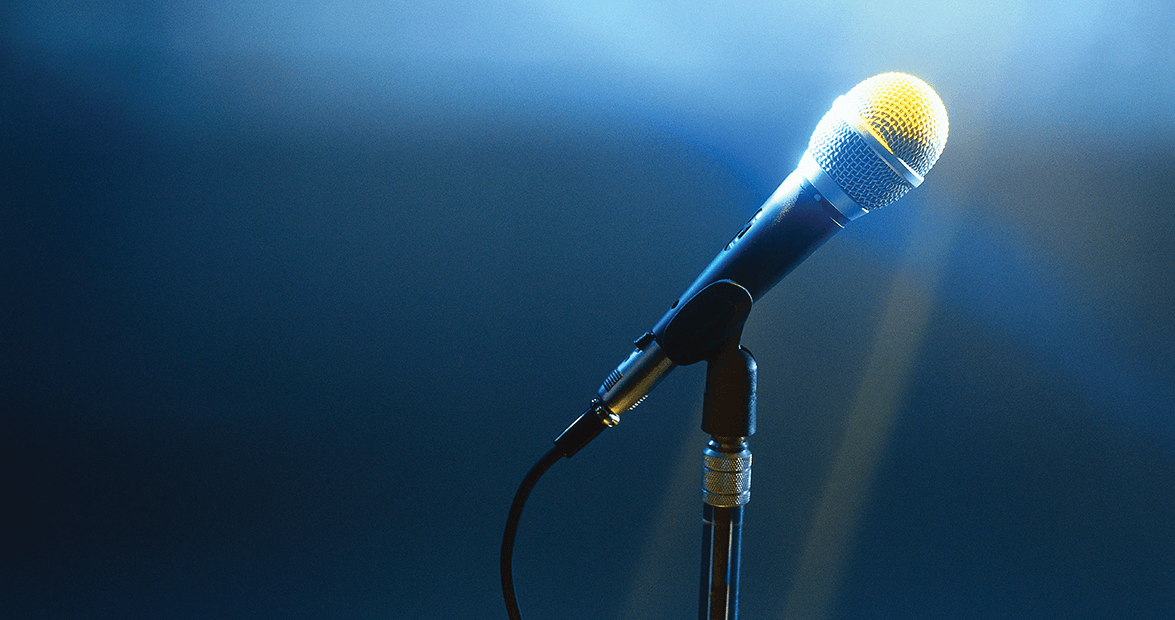 Every contestant who auditions for “American Idol” hopes to eventually hear the same greeting: “Welcome to Hollywood!” Thousands of people snake through crowded lines for hours outside of stadiums or convention centers in Boston or Atlanta or Charlotte to hear those three words. But when they think Hollywood, they aren’t thinking about an actual geographical part of California. They’re thinking about a dream, a changed life. They’re thinking about not just fame and fortune, but a sort of success so rare and fleeting, so well-lit and public, that they have turned Hollywood — a brick-and-mortar hub for entertainment and, thus, riches — into a fantasy space.

Although “Welcome to Hollywood!” is the signature line of Fox’s long-running “American Idol,” it has become clear during the show’s 13 seasons that the most interesting story the show tells isn’t where these singing hopefuls end up. It’s where the contestants come from. Because, as it turns out, much of the show’s success has come from the South. And in the South, no state has thrived more on the show than North Carolina.

In May, Asheville native Caleb Johnson was named the Season 13 winner. He became the third North Carolinian to win on the show, following High Point’s Fantasia Barrino in Season 3 and Garner’s Scotty McCreery in Season 10. No other state can boast three “American Idol” winners, and only one other state, Alabama, has two (Ruben Studdard, who beat North Carolina’s Clay Aiken in Season 2, and Season 5’s Taylor Hicks). North Carolina’s success on the show, however, isn’t limited to winners. Some of the contest’s most famous singers are people who didn’t win, but who still went on to earn postshow fame. The list includes McLeansville’s Chris Daughtry, Albemarle’s Kellie Pickler, Raleigh’s Clay Aiken, and plenty more. McCreery has a platinum record. Pickler won “Dancing With the Stars” and has a slew of successful tours under her belt. Daughtry’s first album was the best-selling record of 2007, according to Billboard magazine. Barrino still sells plenty of records and has performed on Broadway. Aiken used his “Idol” fame to move into local politics as a 2014 Congressional candidate.

North Carolina contestants on “American Idol” have not only found success, they’ve maintained it over time. So you have to wonder: What sets North Carolina singers apart? It would be easy to claim that this is some sort of coincidence or anomaly, but there’s just too much evidence. In addition to the names above, we’ve seen top-10 finishes from other North Carolina singers, like Cary’s Anoop Desai, Rockingham’s Bucky Covington, and, this year, Goldsboro’s Majesty Rose. So there is, as they say, something in the water here.

There are theories as to what that “something” is. Keith Urban, New Zealand-born country singer and one of the show’s judges, has argued that the South’s success comes from its unique musical history. Others have cited the influence of church music. There is probably some truth in both of these ideas, but they are also small pieces of a larger puzzle, easy answers for a difficult question. But, if we’re to figure out how North Carolina keeps winning, these aren’t bad places to start.

So we move away from the large white letters of the Hollywood sign and toward, say, a water tower that reads “Downtown Garner,” or the huge silver wings at the entrance to the Seymour Johnson Air Force Base outside Goldsboro. These are towns with their share of churches. Majesty Rose, the 22-year-old singer who placed ninth on “American Idol” this year, says, “My grandmother put me in front of a church when I was 2, and I sang with my sister.” That was just the beginning for the young singer. “I sang at all the churches [in Goldsboro]. I don’t even know a church I didn’t sing at,” she says, half laughing. And she’s not alone in this start. Scotty McCreery came up in First Baptist Church of Garner. Fantasia Barrino recorded and performed gospel music with her family. Clay Aiken sang in the Raleigh Boychoir. Church provided those young singers with an audience to practice in front of, an audience built to be supportive but which also had expectations, and which sought out and rewarded not just the beauty of music, but also dedication to it.

So, then, the experience these young singers gained was not only a religious one, nor was it one limited just to church. Anoop Desai, once a child actor on the WRAL show “centralXpress.com” and sixth-place finisher in Season 8, gained experience as a member of UNC’s a capella group the Clef Hangers. Chris Daughtry cut his teeth playing in bands like Absent Element in and around Burlington. Caleb Johnson followed a similar path, playing in the band Elijah Hooker in Asheville. Clay Aiken had both experiences, singing outside the choir with his local band Just By Chance. The paths these “Idol” contestants took mirror the ones traveled by young rock bands playing in Carrboro or Burlington or Greensboro. There are communities of players in those towns who are not so much interested in fame (at least not immediately) as they are in creating a scene, a place where they all play well, where people come to see them and, hopefully, where other people want to play. At a grassroots level, these musicians have a place to build their dreams. They don’t need huge white letters overlooking studio lots across the country.

If these spots for musical invention and dedication can be called “grassroots music,” then history has given North Carolina singers fertile soil from which to bloom. The South is certainly rich in musical history, but North Carolina has its own path through American music, a path on which “Idol” winners follow musical legends, and which leads in all directions. This fall, Fantasia Barrino and Clay Aiken are sharing an honor with the likes of John Coltrane and Shirley Caesar: They are being inducted into the North Carolina Music Hall of Fame. The Hall of Fame boasts an eclectic who’s who of modern music: Caesar. Coltrane. Max Roach. Earl Scruggs. Charlie Daniels. James Taylor. Jodeci. Ben Folds. We’ve got gospel, jazz, bluegrass, country, folk, R&B, and pop, and that’s just in recent memory. And it’s not just the names that have come from North Carolina; it’s how they came up that tells the real story.

John Coltrane was born in Hamlet and spent his young life in High Point. He, too, had a connection to religion, as his grandfather was a presiding elder of the A.M.E. Zion Church. But when both his father and his grandfather died between 1938 and 1939, a loss that sent his mother to long hours of work at Emerywood Country Club, Coltrane found solace and an outlet in music. He joined Warren B. Steele’s community band on alto horn. After the success of that group, Coltrane helped found another band at his school. He moved from alto horn to saxophone in part by practicing with Charlie Haygood, a local restaurant owner. After high school, Coltrane moved to Philadelphia and went on to record with Dizzy Gillespie, Miles Davis, Thelonious Monk (born in Rocky Mount), and other jazz legends on the way to becoming a legend himself.

But Coltrane’s start in High Point reflects the start of a lot of Carolina musicians, young and old. Roberta Flack, who was born in Black Mountain, worked as an English teacher in Farmville before becoming a famous singer. Andy Griffith had intended to become a preacher, but he changed his focus to music at UNC, then taught music and drama in Goldsboro before starting his career in entertainment. Earl Scruggs played on local radio with his brothers before becoming a member of Bill Monroe’s The Blue Grass Boys and founding Flatt and Scruggs. And Jodeci, an R&B group known in the ’90s for their sexually charged music, got their start in Charlotte on the Furious Black Family Gospel Songs compilation. The history of music in North Carolina is one that tangles music and family and church and community. These players’ music, and success, came about because they didn’t leave their homes behind. Instead, they learned from their communities, served them, and communicated with them. 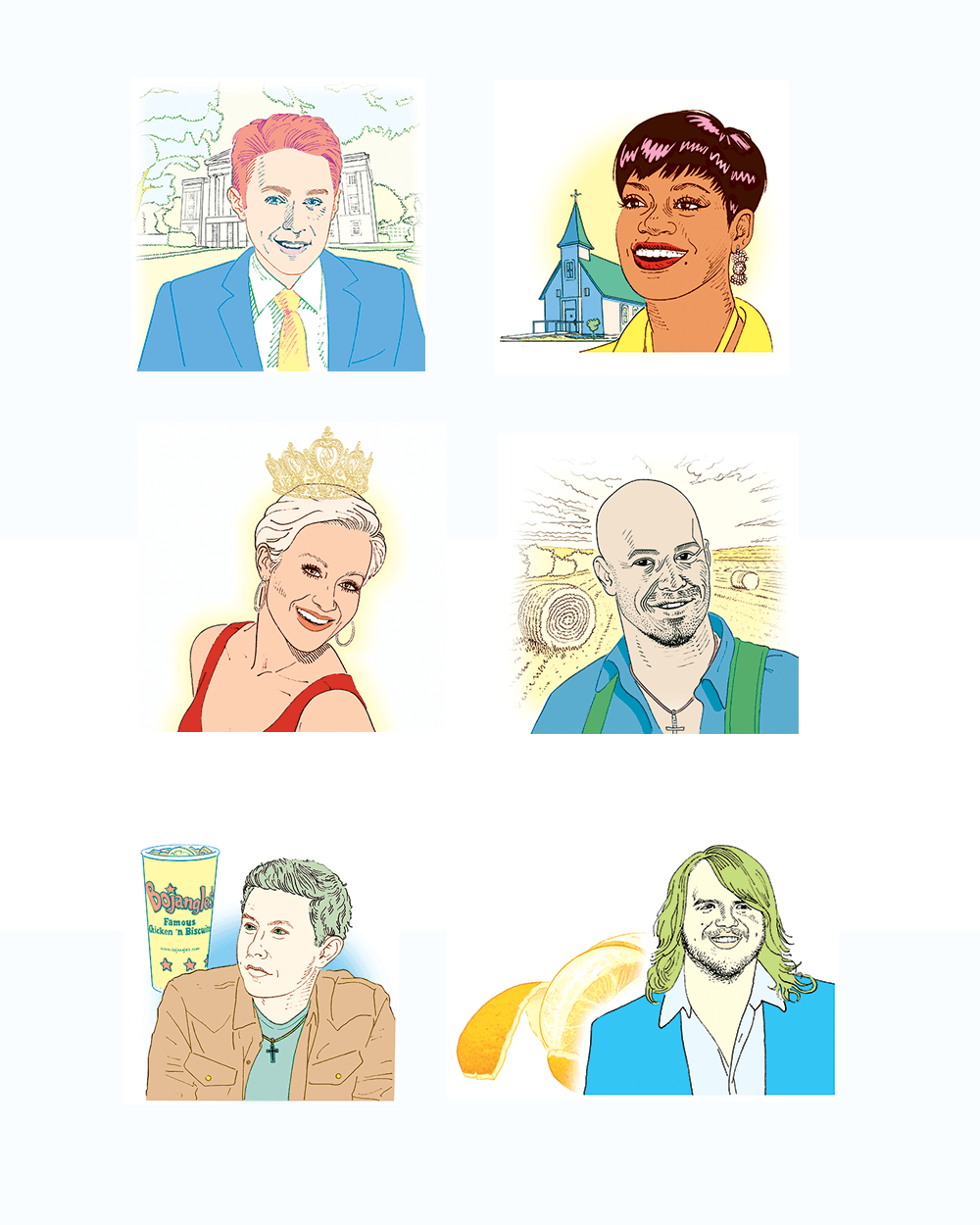 No matter how they found their voices, though, the best of those performers provided brief examples of the combination of elements North Carolina offers. The state’s success on a televised singing contest is only one chapter of a larger story about why music thrives here. It’s not just traditions in the church, or the rich musical history. At least, it is not those things alone. What distinguishes North Carolina is the way music both creates and rises up out of true community. Churches here bleed out into the neighborhoods. Our cities bleed out into suburbs, and the history of North Carolina ties it all together — community, tradition, and culture — to bleed out into the country at large. Coltrane may have made his name in Philadelphia, but he started out in those local bands in High Point. Roberta Flack is world-famous, but she also taught children how to find their own voices. Before Shirley Caesar was one of the biggest names in gospel music, she was a 10-year-old girl singing in her father’s quartet in Durham.

There are thriving communities like these all over the country, of course, but North Carolina — with its mix of deep-rooted history and influence from transplants — is a powerful example of how we still crave connection. For all its made-for-television constructions, from the cringe-worthy humor of early auditions on down, this connection is part of “American Idol,” maybe in spite of itself. The show predates MySpace and the boom of music blogs, sites that set up the musical democracy that is the Internet, which allows virtually anyone to get their music out there. The Internet has helped bridge the gap between musician and fan. But “American Idol” does this on a grander, if less organic, scale, with more universally popular music. However, it’s still fans who decide, who develop relationships with the contestants, who find favorites, who vote for not just what they love, but what they relate to. The show’s ratings may be falling, but the smaller audience might be evidence of a devoted community defining itself, rather than a sign of waning interest. North Carolina is full of more versions of these communities. It’s a state that gets its share of national attention — for food, for music, for culture — but always keeps it local. After Nirvana’s Nevermind came out in 1991 and the grunge-music movement went mainstream, major labels were scrambling for the “next Seattle.” Where they went to find it was Chapel Hill. But when they came to sweep away Triangle-area bands to that same Hollywood, bands like Superchunk and Archers of Loaf, most of them stayed put, pounding out shows at the Cave and Cat’s Cradle. Home comes before fame here, and even if fame does come, home informs it.

When asked why North Carolina has been so successful on “American Idol,” Majesty Rose had a simple answer. “They really want to see someone who is humble, I guess,” she says. It’s a basic idea, but maybe she’s on to something. Maybe what North Carolina’s success and musical history tell us is that “American Idol” is misnamed. Maybe we don’t want someone to idolize — someone who lives out some fantasy life for us — at all. We want someone we can relate to, someone we could imagine not on arena stages but at the local open-mic night. For all the interstellar free jazz Coltrane would get into once he was famous, maybe he never really left behind that alto horn, that community band in High Point, that home.