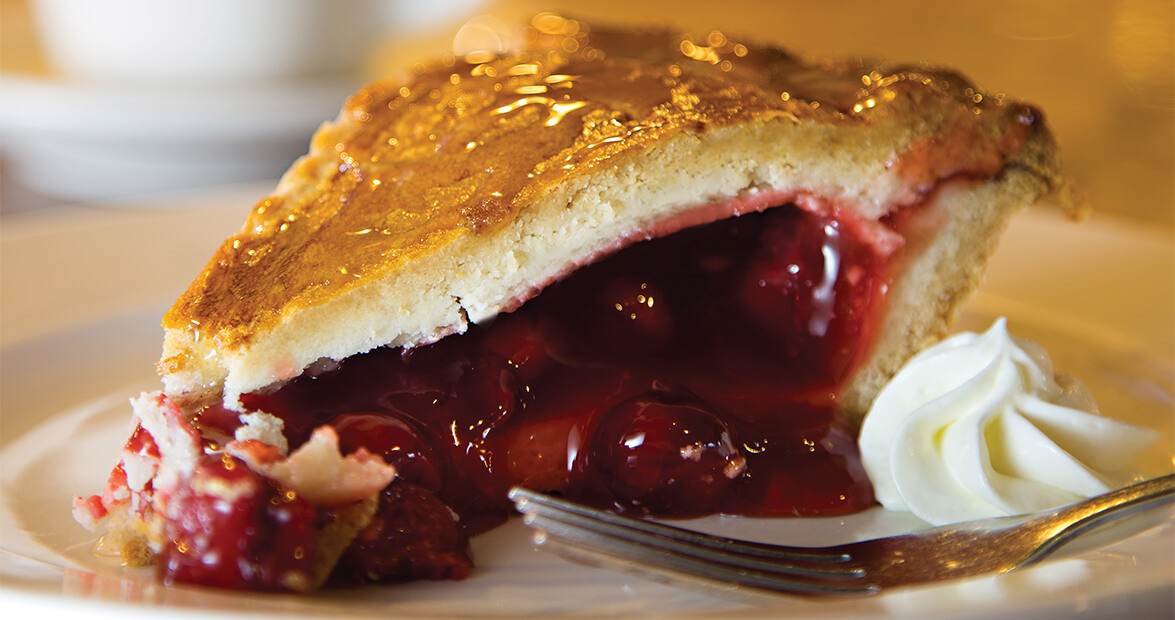 Reader, indulge me for a moment, and think about diner pie. Contemplate it.

Lately, I’ve been doing that a lot. I’ve been taking the subject of diner pie very seriously, because it intrigues me. Because what is diner pie, really? This is the only question that needs to be asked, that needs to be answered. Can it be known and defined — can it be understood — the way corn can be understood, for instance, or chicken, or even a barbecue sandwich?

Let’s break it down into its constituent parts, like the amateur culinary anthropologists we are.

Diner. Diners are romantic, mostly bygone, reminiscent of the 1950s, and as nostalgic as ducktails and lunchtime martinis. These days, it seems, any joint that serves breakfast past noon can call itself a diner, but a diner is so much more than that. A diner looks like an abandoned Art Deco train car with a counter running through it, with either one big jukebox near the swinging door to the kitchen or 50 tiny jukeboxes, one at each booth, plus a waitress named Flo and a short-order cook smoking a cigar. Other than drive-in theaters and cowboys, there is nothing more American than a diner.

Pie. I do not need to explain what pie is to anybody because all of us are born with an idea of pie in our baby brains. Pie is a sign that you’re actually alive and living in what’s known as civilization. The next time we send an unmanned probe into space to look for intelligent life, we should put a pie inside of it, because pie is the universal language.

But it becomes more complicated when you put the two words together. Diner pie. Diner plus pie creates an entirely new thing in the world. I know of no other food as specific as this: one that can only be what it is by being served in a particular place.

Here are some facts.  There are five standard diner pies: apple, blueberry, cherry, chocolate, and lemon meringue — like The Beatles, if you count Pete Best. Slices used to be displayed on diner counters, in rotating cylindrical cases — and sometimes still are — but that’s rare these days. A big question in the world of diner pies is whether it can even be called a diner pie without the cylindrical case. Another is, can you really say you’ve eaten a piece of diner pie if it didn’t come with a cup of thick black coffee on the side? And must the pie be at least one day old (atmospheric marination, I call that), or can it be eaten fresh from the oven?

When is diner pie just … pie?

How we think about food raises some of the most fundamental questions of how we understand the world. I love the specificity of diner pie. I would like other foods to be that specific. Because if we were to apply diner pie logic to the rest of the food we eat, we would have a very particular locality associated with all of it: Church Beans. Locker Room Grilled Cheese. Supply Closet Mashed Potatoes. Late for Work Eggs. Et cetera. This is what Diner Pie reminds us, what it teaches us: that it’s not simply what we eat, but where we eat it that’s important. A diner is to pie what home is to a home-cooked meal: You won’t find either anywhere else.