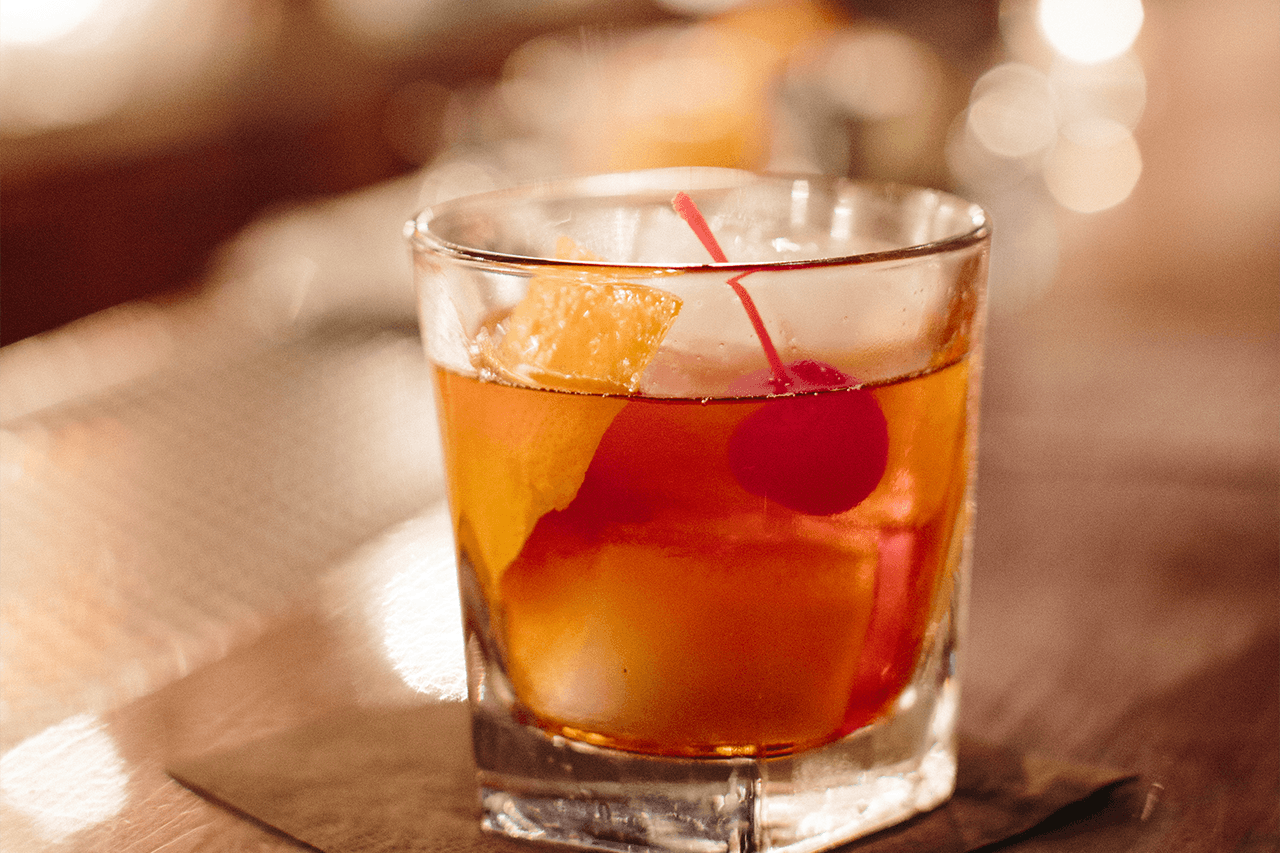 In Morehead City, it seems like the water’s a block away from everything. Maybe that’s why in Arendell Room, all of the patrons have lined up against the long bar like boats tied up for the night. Out there, they rock with the wind and water, but in here, we’re moving to James Brown’s “Soul Power,” Maceo Parker’s “Pass the Peas,” and the constant action of Denny Shrock as he shakes, stirs, and pours an endless stream of cocktails.

Shrock, a co-owner and the head bartender, is just that: a bartender. He’s not a barman or a mixologist. He doesn’t have a trendy haircut or wear suspenders or a bow tie. And when he makes a drink, it’s not for show — it’s for drinking. His approach to bartending is old-fashioned, and patrons trust him with their orders.

“We want to be the third place,” says Trace Cooper, co-owner of Arendell Room and mayor of Atlantic Beach. He doesn’t mean the third best bar in North Carolina. He means the third place for his customers: home, work, Arendell Room. To become that third place, Cooper and Shrock have worked to create a space that’s equal parts cocktail lounge and neighborhood hangout.

In addition to the vacationers and second-home owners who make this their third place while on the Crystal Coast, Arendell Room has a loyal local following — even on off-season, midweek nights, the bar is mostly full, and Shrock never stops making drinks. It’s no wonder: The place is inviting, and the cocktails are among the best in the state. 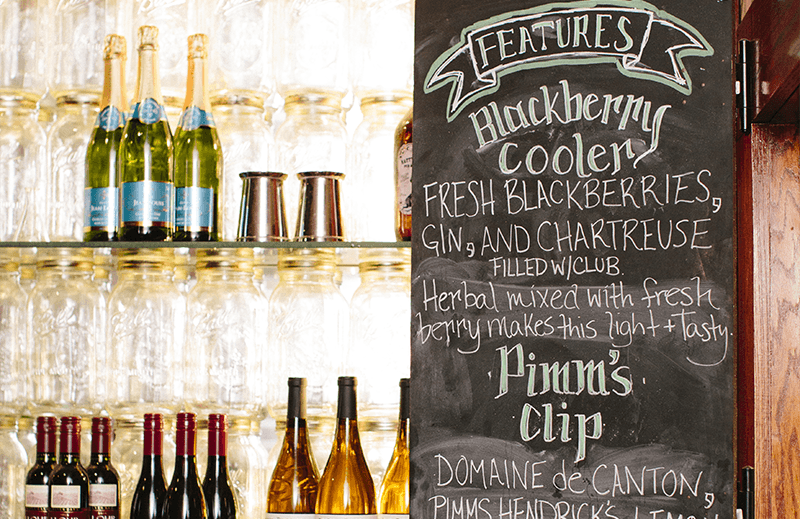 Arendell Room is a “shotgun-style” bar, so long and narrow that it’s said you could fire a shotgun through the front door and out the back without a single pellet touching the walls. The brick walls and high tin ceiling accentuate the elongated space, and the bar top’s dark wood and abundance of brown liquor drinks add to the easy, intimate feel.

But it’s the light that sets it off. Behind the bar stand hundreds of backlit mason jars supporting glass shelves lined with bottles. Diffused through layers of empty jars and full bottles, the light seems to come from nowhere and everywhere. It’s an ethereal, underwater effect that is, according to one wreck diver, “like being at the bottom, but without the sharks.”

At the front of the room is the “Layaway Board,” a long chalkboard where patrons can leave a drink for a friend. When you walk in and see your name, it’s just like in Mrs. Bilger’s sixth-grade class, but this time, instead of recess detention, you get a free drink.

The recipe for Arendell Room is that easy. Three ingredients for the third place: space, light, people.

Shrock’s approach to cocktails is similar. “Most of your classics, they’re three- or four-ingredient drinks, so we try to do the same thing, stick to recipes that taste good and let the characteristics of each liquor shine,” he says.

Shrock sets to work on a pair of classic cocktails — a Negroni and an Old Fashioned — explaining his menu as he mixes. As one of the first cocktail bars in North Carolina, Arendell Room’s menu has been around a while and gone through many evolutions. “When the craft-cocktail movement was gaining steam, every drink was a ‘-tini,’ ” Shrock says. “Our menu was mostly vodka drinks and twists on vodka martinis.”

A quick, maraca-like rattle of a pair of shakers, and he’s pouring the drinks. Even ungarnished, they look perfect.

“We began introducing new, but accessible drinks — the Old Fashioned and our take on one; a classic Dark ’n’ Stormy and our version — and saw they were getting a good response,” he continues. “Now, we rotate out the menu three or four times a year.” And on the menu, there’s hardly a “-tini” in sight.

Shrock and his bar staff spend a lot of time squeezing, zesting, peeling, pureeing, macerating, and muddling their own mixers. Why use bottled lime juice when you can just squeeze two crates of them? The extra effort, which Shrock sees as the baseline, pays off in drinks like the Cucumber Collins, a Tom Collins with a rich cucumber puree.

Shrock’s on to another drink now. He palms a trio of large basil leaves, claps his hands, drops the leaves into a glass. “Some folks muddle basil, but I spank it,” he says. “You get a better release of oils and flavors that way.” He passes the spanked-basil drink down the bar. What was it? “The most popular drink we sell,” he says. “Bartender’s choice.”