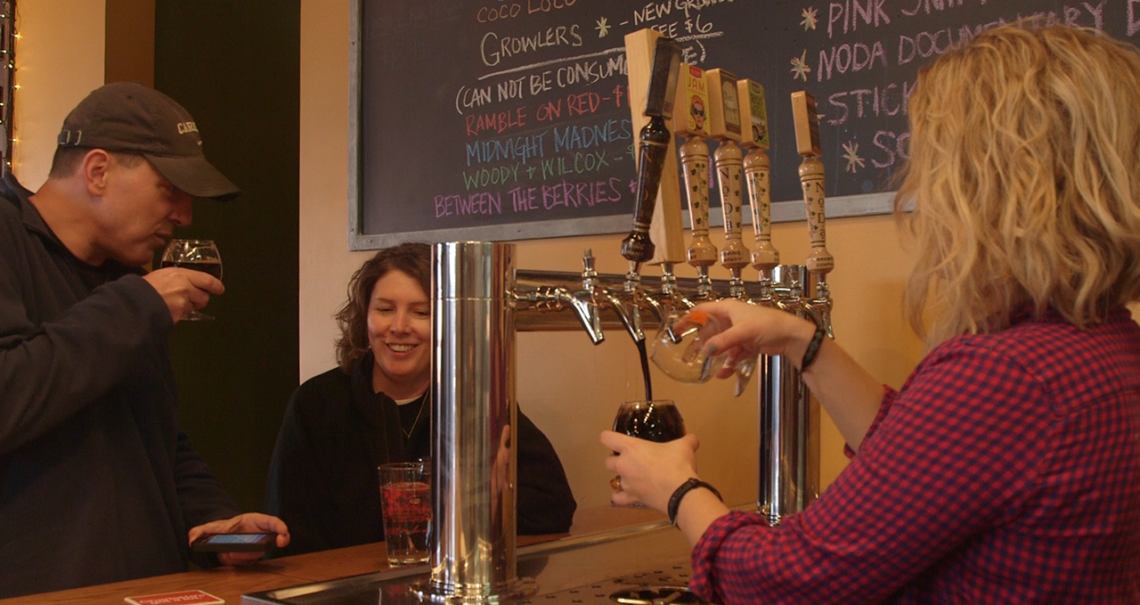 In Asheville, thirsty locals and tourists hit the gritty streets of South Slope for a unique taste of brews in North Carolina’s beer city.

On your way to Asheville to try some of these spots? Grab The Asheville Map™ for a comprehensive guide that features roads, points of interest, local businesses and attractions, all in a beautifully designed and accurate map that includes the topography of this mountain town.

Neighborhood Microbreweries in the Triad

Craft beer in North Carolina has taken off in the last several years. Greensboro, Winston-Salem, and High Point are home to many established and well-respected breweries.

For a list of NC Beer Month activities in the Triad, don’t miss this round up from Eric Ginsburg at Triad City Beat.

Inventive and Traditional Styles in Charlotte

The beer scene in the Queen City has taken off in the last several years. And they’re keeping it diverse by offering everything from old world traditional beers to new school eclectic brews.

For all the latest on Charlotte’s breweries, visit CharlotteBeer.com.

Bottle Shops and Branding in Raleigh

Local beer isn’t just for locals anymore. In Raleigh, we explore how craft brewers are showcasing their beers in taprooms and on shelves across the state.