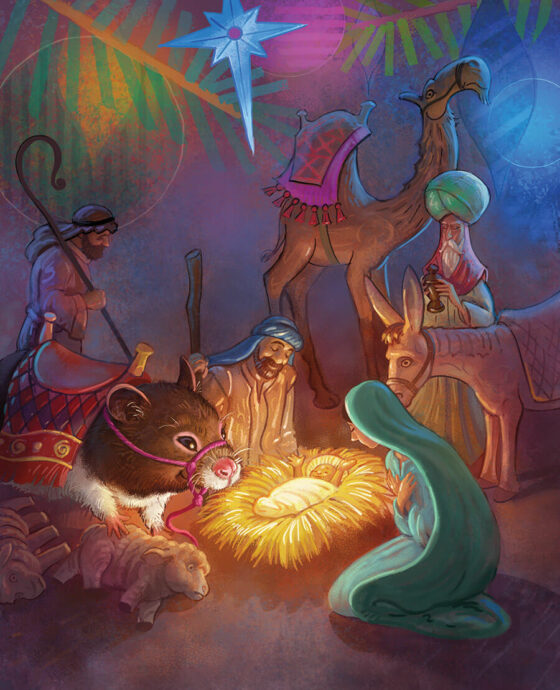 Speedy was a handful, but first you had to get your hands on him. Or her. I could never tell with hamsters. To be honest, I never tried very hard to figure that one out. So we went with “he.”

Speedy had not yet been named on that late Christmas Eve, back when Jack was maybe 7 years old, when the little black-and-white domesticated rodent earned his moniker. Jack had been begging for a hamster, and like ground-down parents everywhere, we caved. That’s how we ended up with a 14-year-old cat, too, but I digress.

After dinner and the Christmas Eve church service, we were back home, tired and with anxious kids and a couple hours of challenging toy construction ahead of us. We put the kids to bed, and I headed toward the basement, where we’d been storing the hamster and an over-the-top and unassembled “habitat” that would have rivaled some of the rides at the State Fair.

At the top of the stairs, I turned on the light, and there he was: the soon-to-be-named Speedy at the base of the stairwell, sitting on his haunches, the lights glistening in his eyes like a deer in headlights. He’d made a jailbreak from his temporary quarters in my office. I couldn’t believe it, and for a brief few seconds, it was an old-fashioned showdown. I froze and pondered my options. Speedy froze and calculated his. We stared at each other, 13 steps apart, daring the other to flinch.

I broke first, and by the time I hit the second step down, Speedy was burning rubber across the concrete basement floor.

For the better part of a decade, gift-giving for Christmas and birthdays at our house took on a pronounced Animal Kingdom flair. Something about all those mangers and Nativity scenes, perhaps, inspired Julie and I to bestow miniature livestock on our children. We were still in that early phase of parental do-gooder-ism. We bailed on our commitment to cloth diapers less than four hours after we brought Markie home from the hospital, but we still had a plan: Our kids were only going to play with wooden toys. Our kids would not be babysat by gizmos. Our kids would learn responsibility through play.

So, no, you can’t have a Sony Walkman. But here, take this half-domesticated Mongolian gerbil from the mall pet shop. Its Latin name, Meriones unguiculatus, means “clawed femur.” Happy holidays, precious. 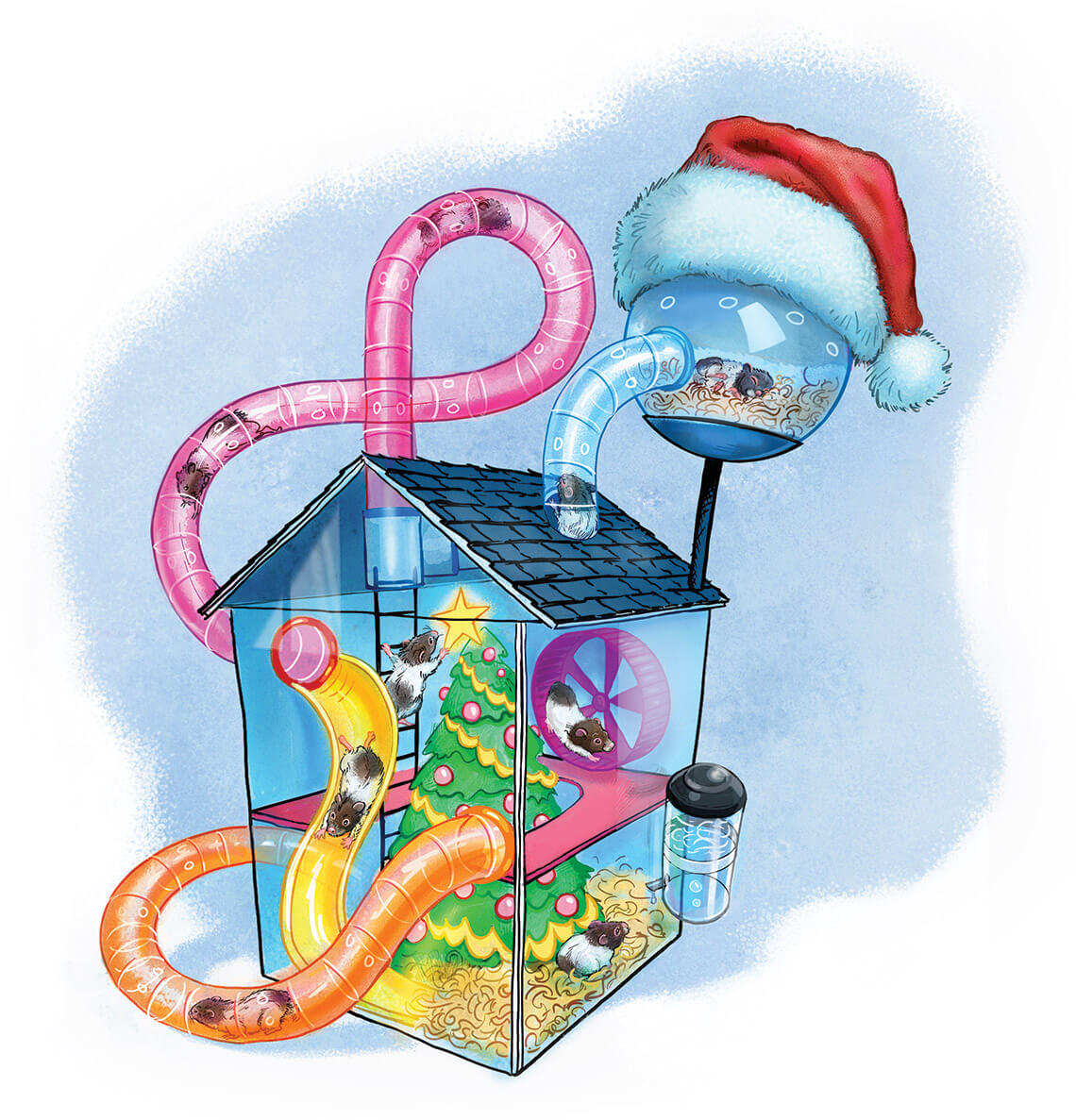 Speedy was hardly the first gift pet. I’m not sure that we ever gave Markie any of her multiple goldfish as a Christmas gift, but we did upgrade the piscine domicile for a holiday present one year. We bought an aquarium that was made to look like a faux television set. It had wooden starfish for knobs and hand-painted kelp adorning the sides. The aquarium trade, I’ve come to understand, must be in cahoots with the hamster-house people. What a boondoggle they’ve pulled over the modern parent. Hang out with Mr. Google for any time at all, and you’ll be convinced that these critters need gym equipment and enrichment activities for maximum engagement. And an 8-year-old girl is all about maximum engagement with a pet.

For a while, at least. Eventually, all of that schlepping fresh water back and forth, and fish food crumbles scattered across the bedroom, wore Markie down. She was a champ for a long time, feeding the fish regularly and changing their water. But you know how it goes. There toward the end, the goldfish were living in squalor. We’re not proud of it. But at least they are laid to rest in finery, under the backyard poplar tree where a sundial marks the final resting place of our first dog, a couple other rodents, three leopard geckos, a pair of hamsters, and King George the betta fish. I may be leaving out a few others.

Down in the basement, I chased Speedy like a lynx pursuing a hare in one of those nature documentaries. That’s how he earned his name: That little dude could cut an angle at full speed to scurry under the laundry table or dash behind the workbench, with me and a butterfly net in hot pursuit. When he hunkered down behind a set of metal shelves and I poked him with the net handle, he squirted out from his hidey-hole like a falling star streaking across the concrete.

I finally cornered the hamster, both of our chests heaving with exertion, and made a net swing that Andre Agassi would have been proud of. Speedy was mine.

“You’ve got a good life ahead of you, buddy,” I crooned. “I promise it’s a better deal upstairs than living on the lam down here in the basement like the Phantom of the Opera.”

I tucked Speedy back into his temporary cardboard box condo — secured with duct tape this time — and brought him upstairs. I still had a solid hour of assembling the multilevel interactive playhouse with enrichment upgrades while Julie stuffed the stockings and carefully arranged presents under the tree.

Just before we headed to bed, with the Santa Tracker on the news in four-alarm he’s-here-hide-the-children mode, I transferred Speedy to his plastic mansion. We went to bed not with sugarplums dancing in our heads, but with the increasingly obnoxious squeaky, screechy, scratching sound of Speedy on his hamster wheel, running flat-out as though he were in an Olympic trial.

“Dodged a bullet on that one,” I said to Julie as we faded off to a halting sleep. It was just another Christmas miracle. I’m telling you, those Hallmark movie people are missing out on a real story here.