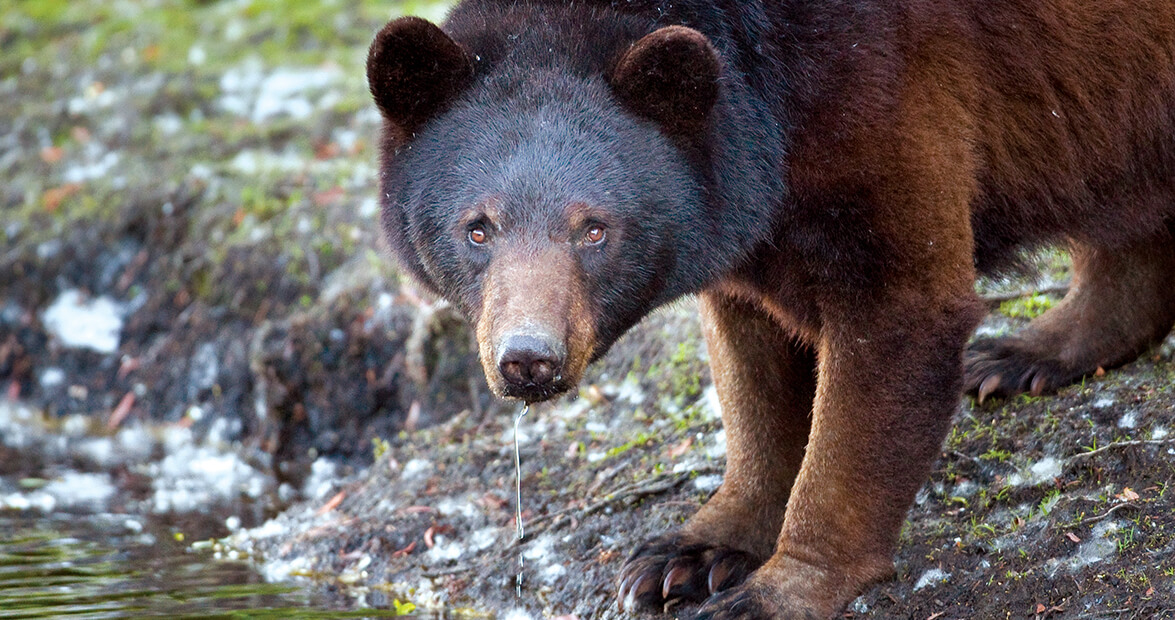 A big ol’ bear gorging himself fat and happy in a field of goober peas isn’t the most ferocious image — it’s more Bear Country Jamboree than The Revenant, really — but there you have it. The largest black bears on the planet — massive, nearly half-ton beasts — prowl through eastern North Carolina and prepare for winter not by stalking live prey, but by feasting on fields of wheat and soybeans and peanuts. Hunters have taken more than a dozen 700-pound black bears in North Carolina, and the Coastal Plain’s rising population of seriously large black bears has turned into an economic windfall. During the November and December bear hunting seasons, hotels are booked and hunting camps are full of dog packs and handlers hauled in from as far away as Canada. In 1998, Dolly Parton’s cousin Coy Parton trucked his bear dogs from Tennessee to Craven County and shot an 880-pound bear near Vanceboro. It shattered the previous North Carolina record by 160 pounds, and still stands as the heaviest known black bear ever taken in North America.

So much for the Atkins diet.

When I was growing up, black bears were mostly figured as creatures of the mountains, hidden in the misty folds of the Great Smokies. I remember camping in Joyce Kilmer Memorial Forest, waking up before the rest of the family, and sliding out of the tent to explore the banks of Little Santeetlah Creek. Between the tent and our Ford Pinto station wagon I spotted the tracks of a black bear. The footpad impressions were still wet on the stones. I could make out the claw marks in the soil. The bear had passed perhaps 10 feet from my sleeping bag. Instead of fear, I felt a visceral thrill that a wild, furtive, and powerful creature had been so close.

Black bears suffered as disease killed off a major food source: chestnuts. But over the past few decades, the bears have made such a comeback in North Carolina that these omnivores now roam across about 60 percent of the state, including, on occasion, downtown Raleigh and Greensboro. Although the mountains remain a stronghold, tangled coastal swamp forests are now home to more bears than the western counties are. In fact, the Albemarle-Pamlico Peninsula has one of the densest black bear populations on earth. Drive the remote dirt roads of the Alligator River National Wildlife Refuge at dawn or dusk, and you might see dozens of bears moving from the black gum forests into surrounding fields.

They’re on to some serious eating about now, in these last weeks before winter. North Carolina coastal bears will gorge so heavily in agricultural fields that they leave behind half-acre “eat-outs” of flattened cornstalks, wheat, and peanut rows. They’ll eat any toad, snake, mouse, fish, frog, grasshopper, or beetle grub they can get their claws on. October’s cornucopia of acorns and autumn berries round out the menu before the bears hit the sack for the winter. North Carolina bears are known to den high in hollow trees, deep in rocky caves, and even tuck away inside dense brush. They gather sticks and leaves to form a sort of giant bird’s nest, then snooze away in a deep sleep.

But not quite yet. For the black bears of October, it’s all about packing on the pounds. And no worries: Sacked out in a cozy tree or den, or curled up in a thicket, they’ll burn off all the weight by swimsuit season. Oh, to be a bear.