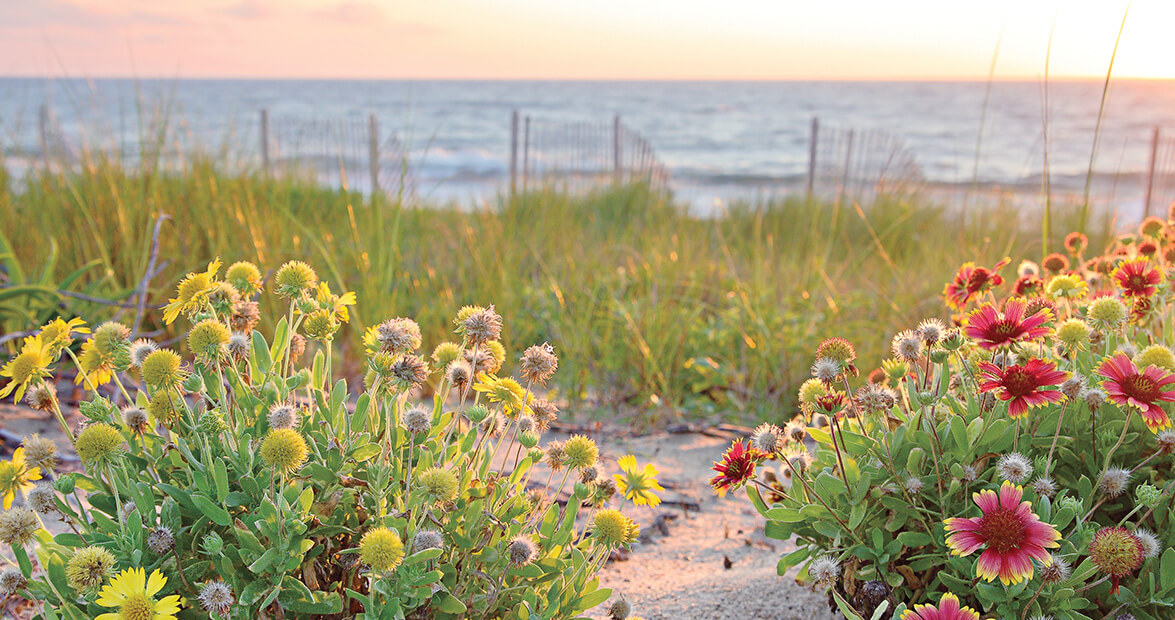 If you ask someone from Ocracoke, the story of the blanketflower is as colorful as its blooms.

There, Gaillardia pulchella is called the Joe Bell. Its name derives from the many legends about the connection between a man and the flower, all of which involve a broken heart.

According to one version, Joe Bell was a jilted lover from a prominent family in Little Washington. Grieving the loss of his love, Bell was spotted wandering Ocracoke, cradling the flower. Islanders pitied him and left him baskets of food to eat. When Bell returned the baskets, he filled them with the blanketflower. Later, when he was found dead on his boat surrounded by the flower, his name and the legend became forever intertwined.

While it’s also native to the western United States, the blanketflower has popped up on North Carolina’s sand dunes and roadsides from April to late fall for nearly a century.

You might even find it growing in coastal gardens, says Mark Weathington, assistant director and curator of collections at North Carolina State University’s J.C. Raulston Arboretum.

Because gardeners appreciate its drought tolerance and ability to withstand hours of direct sunlight, the Joe Bell has a reputation for vigor.

“It seeds so prolifically that it’s hard to say what are the old plants and what are the new plants,” Weathington says.

That prevalence leads some to misunderstand it.

“There are people who would consider this a noxious weed,” he says, “but it doesn’t displace any native plants.”

Also called the firewheel, the typical blanketflower boasts a yellow-and-red center with red petals that bleed outward to yellow.

The flower’s leaves, however, add to its stereotype as a weed. Tattered and uninviting, they detract some eyes.

Yet for most of us — like Joe Bell — it’s hard to not admire the blanketflower.

Leslie Ann Blake, a senior at UNC-Chapel Hill, was an editorial intern at Our State during summer 2013.