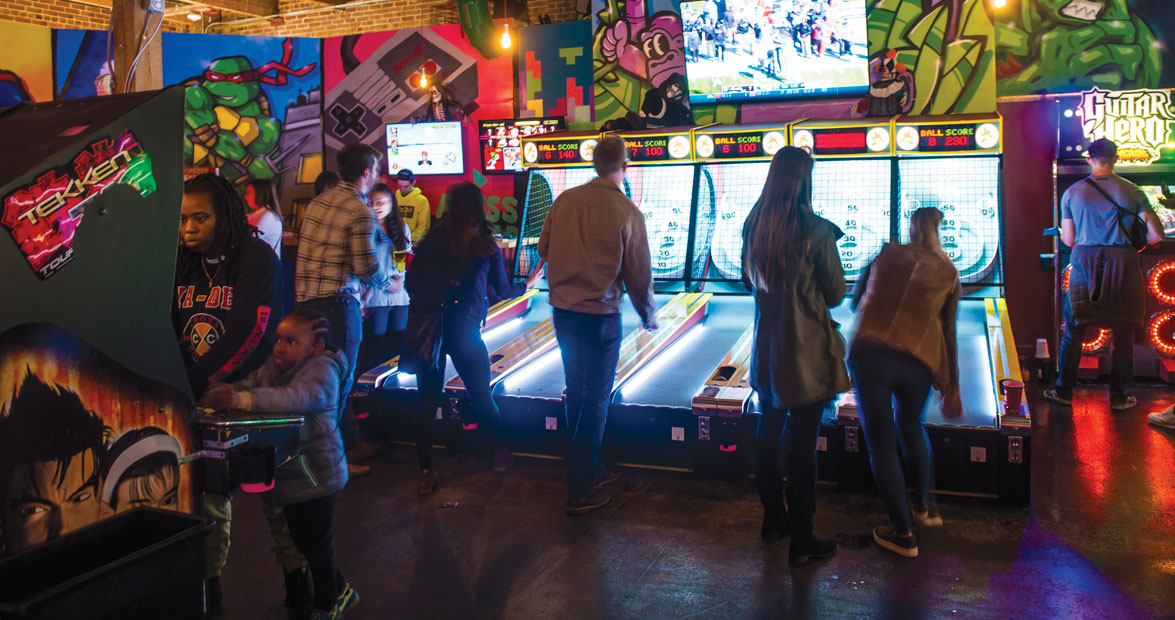 A dance battle rages at Boxcar Bar + Arcade as two young women in sneakers and cutoff jeans stomp the footpads of Dance Dance Revolution. Following the cues of the arrows scrolling up the pixelated screen, they pound and tap their feet in unison, rarely missing a step, as a small crowd looks on. Across the expansive, brick-walled space in Raleigh’s Warehouse District, numerous other showdowns play out amid the neon glow and the bleeps and zaps of roughly 70 vintage and modern arcade games. 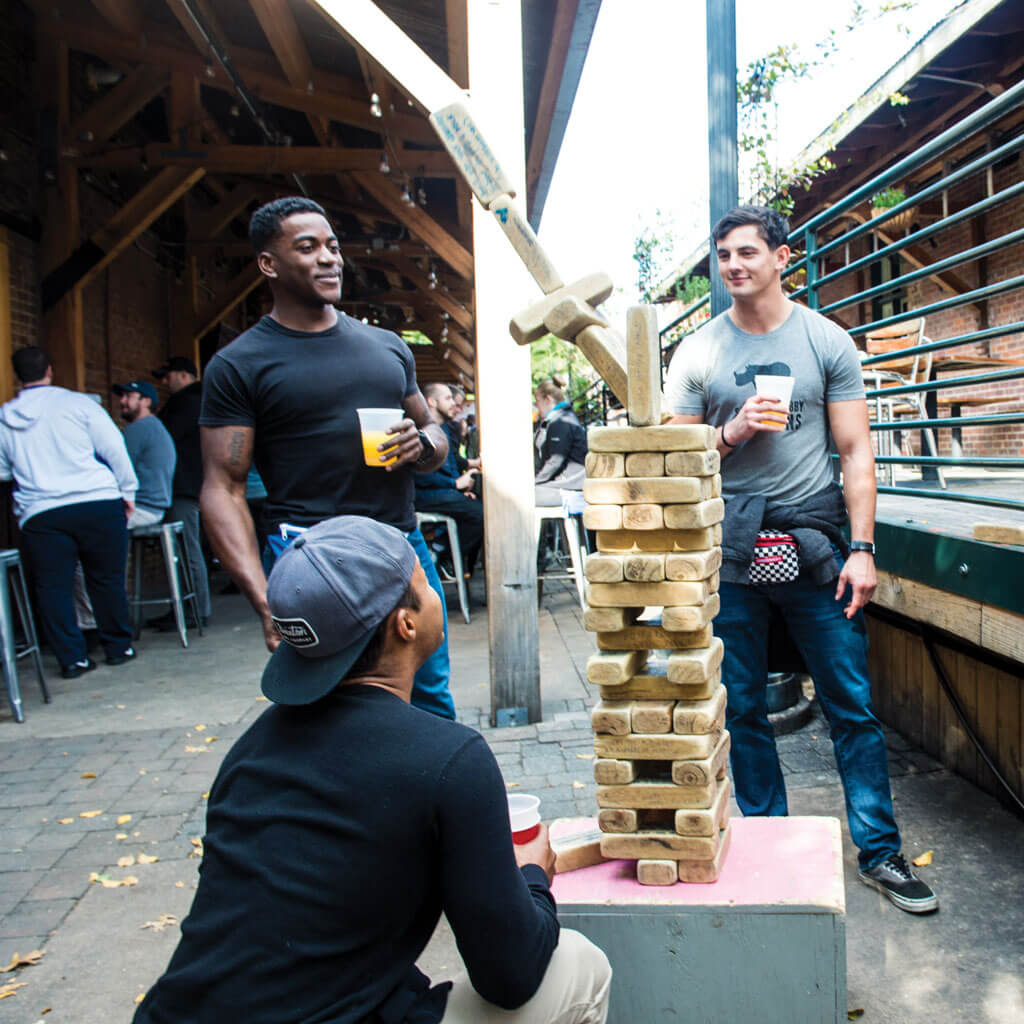 Patrons sling air-hockey pucks across tables and steer Mario and Luigi through the Rainbow Cup, pausing between rounds to sip their craft beers, which have been waiting in cup holders on each machine.

Boxcar owner Jerrad Bement, who opened the bar-arcade in 2014, grew up in the ’80s and ’90s playing Space Invaders and Frogger at an arcade near his house. (“My favorite game was — and still is — NBA Jam,” he says.) Now, he goes to great lengths to acquire classic games that patrons have requested, frequenting auctions and scouring Craigslist and eBay to round out the collection.

Around the arcade, hundreds of people dig into their pockets for tokens to take on Mortal Kombat, Donkey Kong, or Batman pinball. As they drink, mingle, and laugh, the young women in sneakers jump right and then left — and the dance-off carries on.