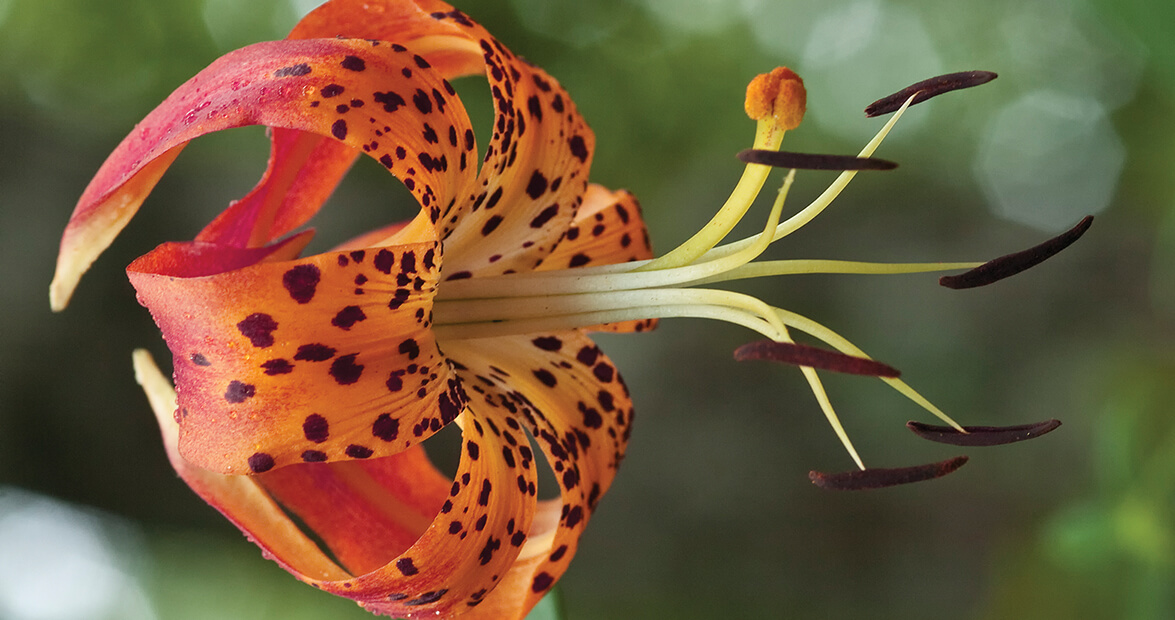 Since both of these plants bloom primarily in July and August, use careful judgment when trying to identify a Carolina lily.

Its yellow to reddish-orange blooms, speckled with brown spots, will you help you find it growing in the wild.

If you research the plant, you may find it under another common name, Michaux’s lily.

It’s named for André Michaux, an 18th-century French explorer whose travels brought him to North Carolina. Here, he moved along the Appalachian mountain range identifying new plant species, among them the Carolina lily.

A North Carolina highway historical marker now stands in Michaux’s honor on State Street in Black Mountain. Another posthumous honor for Michaux came in 2003, when the N.C. General Assembly officially adopted the Carolina lily as the state’s wildflower.

Although we now claim the plant as our own, the Carolina lily is found in 12 other states throughout the Southeast. It can be found as far west as Texas, and as far south as Florida.

Find this flower
The Carolina lily (Lilium michauxii) blooms in July and August. Find it, among other North Carolina native plants, at Coker Arboretum at the University of North Carolina at Chapel Hill.