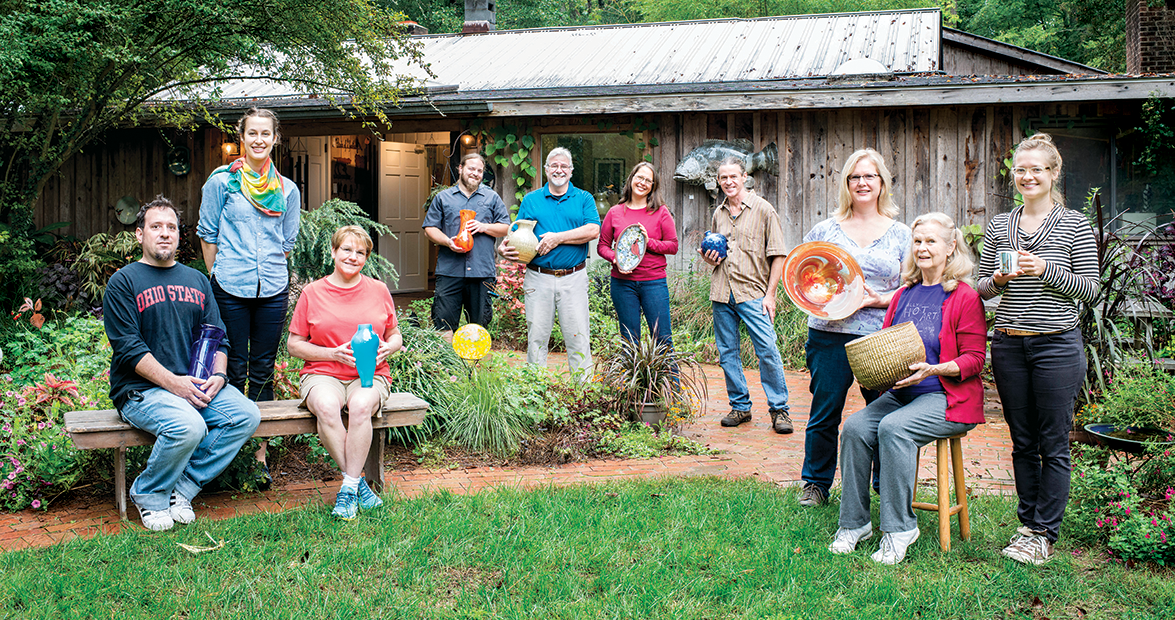 A decade ago, when she knew her father was dying, Lisa Oakley took stock of Cedar Creek Gallery, the place her parents had built. She knew she’d inherit not just a business, but also the homestead of a community of artists and artisans — and she had no idea what to do.

Her parents, Sid and Pat, had purchased the property near Creedmoor in 1968. Since then, every corner of the wooded garden had come to bear Sid’s mark. The master potter and his wife had raised this place up from a barren tobacco farm, stashing pottery studios beneath the pines and lining the paths with surreal art.

Sid seemed irreplaceable. He was the captain of the artists and artisans who learned and lived and sold their work at Cedar Creek. So Lisa asked Sid one day in July, “What will we do when you’re gone?” His answer was simple: “You’ll know what to do with it.”

But Lisa didn’t know then, and she didn’t know when her father died in January. Her parents had taken 35 years to build a home, but life gave the family only months to decide its future. “We talked about closing the doors,” Lisa says. “We didn’t have a great succession plan.”

Cedar Creek was born with few certainties: Sid and Pat knew they wanted land for their pottery studios. They established the gallery after arriving; gradually, it grew into a community.

Apprentices like Brad Tucker came for two-week stays, realizing years later that they hadn’t left. “It was a really nurturing environment,” Tucker says. Even when Tucker moved off the land, five years after he arrived, Sid knew how to keep him close: He built his apprentice a studio. Tucker remembers how Sid took his plans and doubled their footprint, planning for a future bigger than Tucker could see.

But Sid had to leave the place he’d built.

Now, Lisa and her mother reflect on the decision they made a decade ago, to keep the business open. As Lisa filled the roles that had belonged to her father, she saw the wisdom of his last advice. “He didn’t give us anything we had to follow, that we had to live up to, except what he ingrained in us,” she says. “It took a couple years for me to realize it was a gift.”

She’s realized, too, that a home lives on when its builder’s gone. It’s the residents, the people who fill a place with life and work, who make it a home. “We built it to support our own,” Pat says, “and it came to support many others.”

Among the old friends who emerge from their studios on the grounds to share lunch each afternoon, Lisa and her mother find peace.