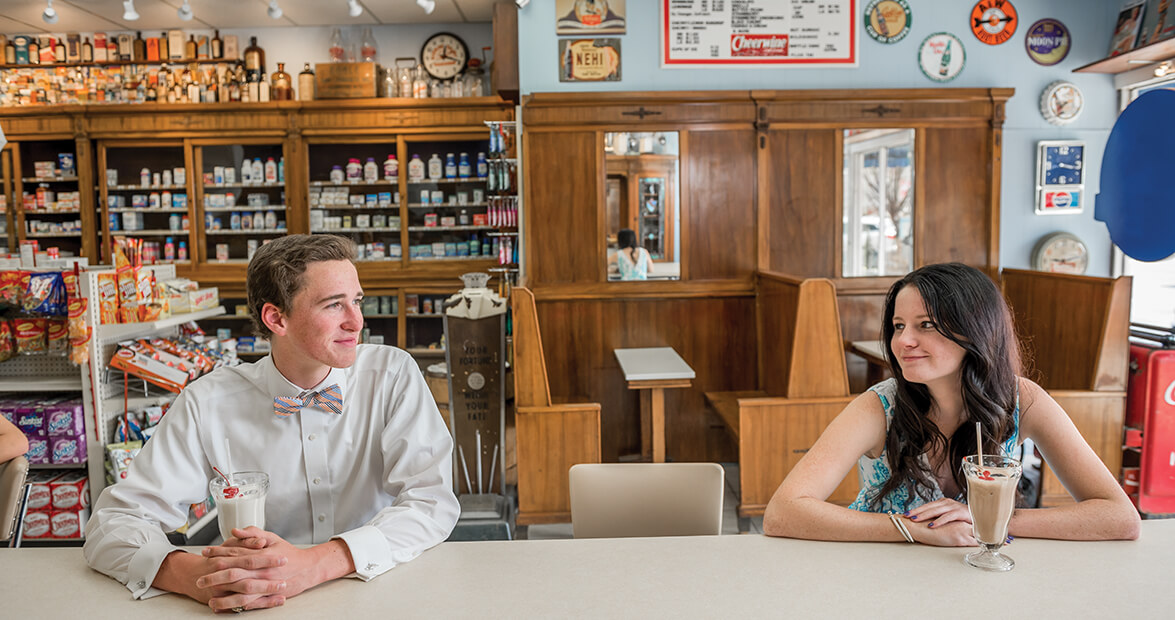 Robby Putnam keeps the history of Central Drug in photo albums, on walls, and in the nimble minds of longtime customers like 88-year-old A.G. Phifer.

But slide into one of the two wooden booths near the front of the pharmacy and soda fountain in Bessemer City, and you will find the written history of the town and its best-loved centerpiece.

The booths date to the 1920s. Robby’s father, Jessie, removed them from the store decades ago in an effort to modernize and reclaim a little space. Fortunately, Jessie stored them at his house instead of junking them.

Robby took over Central Drug in 1996, and last year he realized that many of his customers would probably appreciate seeing some of the store’s original furnishings. Jessie passed away in 2013, and, after all those years in storage, the booths were still in pristine condition — as was the 1920s-era soda fountain bar with stained-glass windows and a marble top.

Now, those treasures have returned to their rightful place at Central Drug. At first glance, the wooden booths with the white marble tops seem pretty ordinary. But the booths quietly conceal more than 80 years of history. Slide back the marble, and the wooden tables have hundreds of signatures, dates, and dreams of Central’s customers. Patsy, it seems, was here in 1944. Mike, this table says, loved T.G. in 1958.

“Sometimes,” Robby says, “we’ll have someone come in here who remembers writing their name on the table, and they’ll look for it.”

That’s exactly the kind of historical touch other soda fountains recreating nostalgia try to find. Soda shops like Pike’s in Charlotte or Mike’s on Main in Hendersonville are built to make you remember the past — even if that past never actually took place there. Pike’s has a milkshake maker that dates to the 1930s. Mike’s has a jukebox from the 1950s.

In Bessemer City, Central Drug is the town’s centerpiece. You can get prescriptions filled toward the back of the store, and you can get a cherry-lemon Sun Drop (with the good ice, the kind that crunches just perfectly) or a chocolate milkshake near the front. Somewhere in the middle, you can find out most anything that’s happening in Bessemer City.

“If a fire truck goes down the street, people call the drugstore to ask what’s going on,” says Jeremy Will, who worked at Central Drug for parts of nine years. “If there’s a news van downtown, we’ll get a call asking why it’s there. It’s the center of the town, where everyone gets together and gossips.” 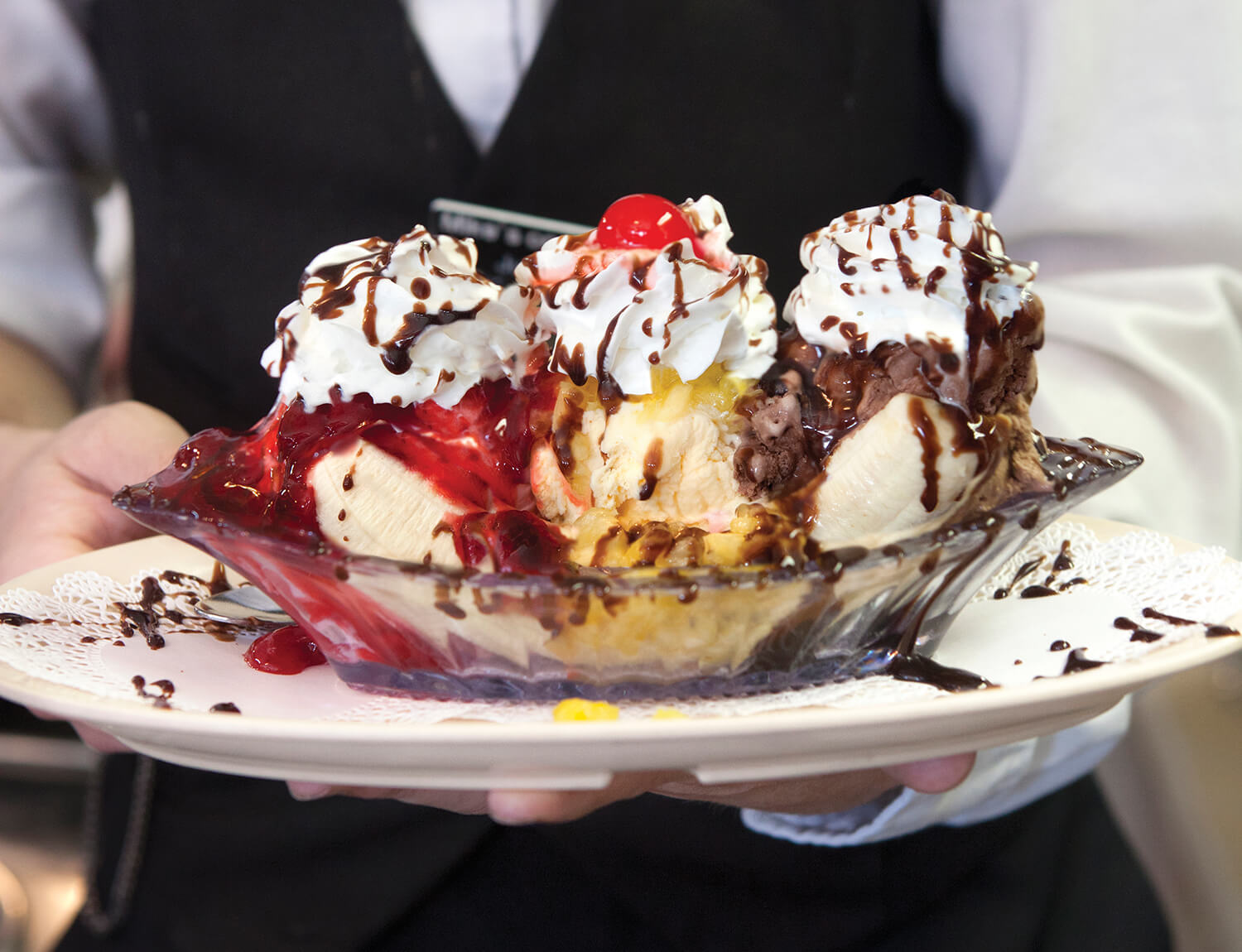 Sometimes, Central does more than just provide a venue for gossip. Sometimes, it’s a part of the gossip.

Everyone in Bessemer City eventually passes through these doors. Kids earn their first paycheck here; Robby hires two high school students every summer, and it’s the most sought-after job in town. The counter buzzes with activity every afternoon after school. Those booths have seen relationships born, blossom, and sometimes become much more.

Tricia Carpenter has worked at Central for 17 years. She’s mostly found at the pharmacy now, but she still occasionally helps out behind the soda fountain, where her version of a chocolate shake (the secret, she says, is blending vanilla bean ice cream with chocolate syrup until it reaches just the right thickness) is a customer favorite.

When Tricia first began working here, Dusty Carpenter was one of her most regular customers. Very, very regular. It turned out that Dusty liked the milkshakes, but he really liked the service. He made nearly weekly visits trying to persuade Tricia to go on a date with him. Now that they’ve been married for 11 years, well, “I can’t hardly get him to come in here at all,” she says with a laugh.

Even the Putnam family isn’t immune to the powers of Central Drug matchmaking. Robby’s brother, Andy, also grew up around the store. In the summer of 1984, one of his regular jobs was making deposits at First Union bank.

“I saw this girl I had never seen before,” Andy says. “And Bessemer City is a town of about 5,000, so when someone new is in town, everyone knows it. I went back to the drugstore after I saw her at the bank and called her up.”

She turned him down for a Friday night date. Her family already had plans, she explained. Undeterred, he devised a foolproof plan: He would call her at 9 p.m. on Friday. If she didn’t answer, he would know she had concocted a story to avoid him. If she answered, well …

“She answered,” Andy says, “so I knew she’d really had plans with her family.”

They’ve been married almost 27 years. At their wedding, Jessie Putnam presented them with a roll of quarters to remind them of where they started. 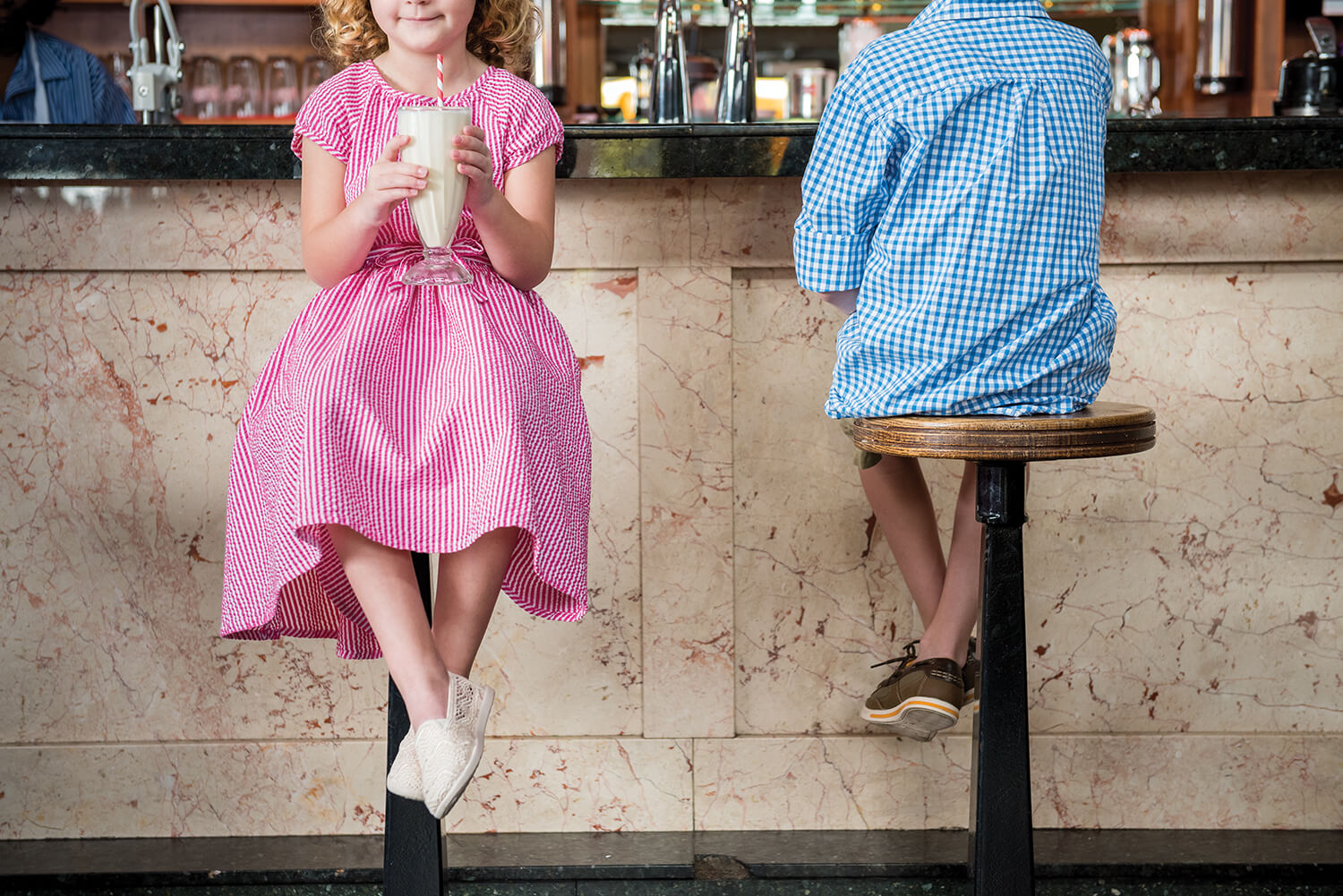 Pike’s Old Fashioned Soda Shop in Charlotte’s South End neighborhood recreates the feel, the flavors, and the food of fountains from the 1950s. photograph by emily chaplin

Central is one of the few traditional North Carolina drugstores that has survived competition from the nationwide chains. Sit at the counter around lunchtime on any weekday, and it quickly becomes obvious how they’ve done it.

“My dad always talked about customer service,” says Robby. “We can teach the people we hire the elements of the business. We can’t teach them that spirit of customer service if they don’t have it already.”

The job is also a legitimate training ground — seven of the summer employees have eventually gone to the University of North Carolina at Chapel Hill to become pharmacists.

If you’re on a first-name basis with Robby, then you’re probably also on a first-name basis with A.G. Phifer. Slide a photo in front of him, and he’ll tell you not only who is pictured, but where it was taken and what eventually happened to that building. He remembers when Andy met Jane, and when Tricia met Dusty, and he probably knows why the fire truck is squealing and the news van is hovering.

A.G. would be happy to tell you about it. But right now, the 88-year-old has to go mow his lawn. “I cheat a little,” he says, almost apologetically. “I have one of those riding mowers.”

He walks outside to his red pickup truck. He’ll be back at the drugstore tomorrow.