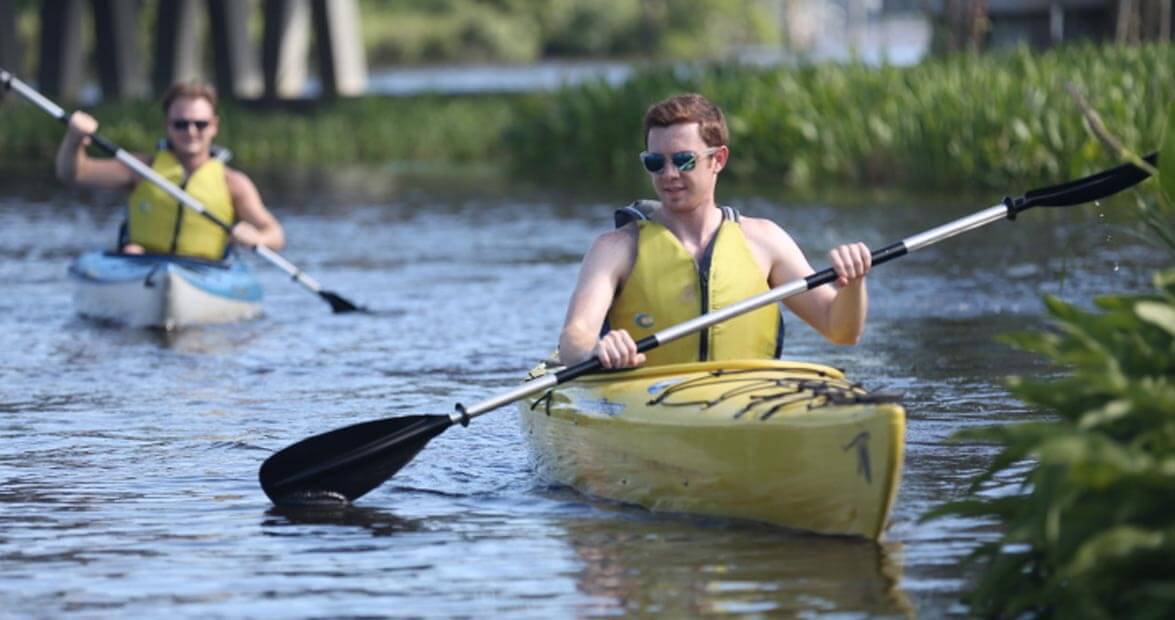 Say you’re kayaking along the Tar River, approaching the city of Washington, when you pass under the U.S. Highway 17 bridge.

You’ve left the Tar River and are now making your way across the increasingly brackish Pamlico River, probably without even realizing it.

What’s changed? Not a whole lot, actually, at least not immediately.

Given the Pamlico River’s closer proximity to the ocean, its water is saltier, but there’s no true visible difference between the two rivers once you reach the dividing line. Make your way farther along either river and you’ll notice a change in vegetation and wildlife, but for now, it all looks similar. Many people don’t even realize that the Tar and Pamlico rivers are technically one and the same.

On a recent trip to Washington, I learned this curious fact while on a boat tour, but I wanted to know more. Why are there two different names for the same river? I rang up the people at Sound Rivers Inc., which formed as a result of a merger between the Neuse and Pamlico-Tar River Foundations.

Matt Butler, environmental projects manager for Sound Rivers, and Heather Deck, the Pamlico-Tar Riverkeeper, kindly break the news to me that the answer to what has become yet another NC nomenclature conundrum is unclear.

Butler says he always seems to hear the same story about there being two separate geologic surveys that were occurring at the same time.

One survey effort supposedly started upstream, near Oxford, where there was a plethora of tar. (What else were you expecting?) Deck says she’s heard that “Tar” is a derivative of the Native American word “Tau,” meaning “river of health.” Neither Butler nor Deck have been able to verify this information for themselves.

Downstream, the other surveying group purportedly encountered the Pamlico tribe, coining the waterway of the same name, as the story goes. When the two survey groups converged upon Washington, the different names for the two parts of the river didn’t change.

When I asked Butler and Deck what year those two surveys might have occurred, they dug up information from the late historian William Powell. (For how many times I’ve referenced The North Carolina Gazetteer for this column, you might say Powell and I go way back.)

As it turns out, the Pamlico River was explored in 1584 when it was initially named the Cipo River, for sipowi, the local Native American word for “river,” according to the Gazetteer. There are some maps that also suggest the river was called both Pamptico and Pamticough in the 1600s and 1700s.

The Tar River, on the other hand, is said to have first appeared on a map in 1733, suggesting that it was perhaps named after the Pamlico River was.

For now, that’s the best answer we have.

You might wonder how these two ecologically and geographically distinct parts of the same river are relevant to your own life. If you’re a fisherman, the distinction is an important one: The Pamlico River requires a coastal fishing license, while the Tar River requires an inland license. And if fishing isn’t your thing, then hey, the more you know…