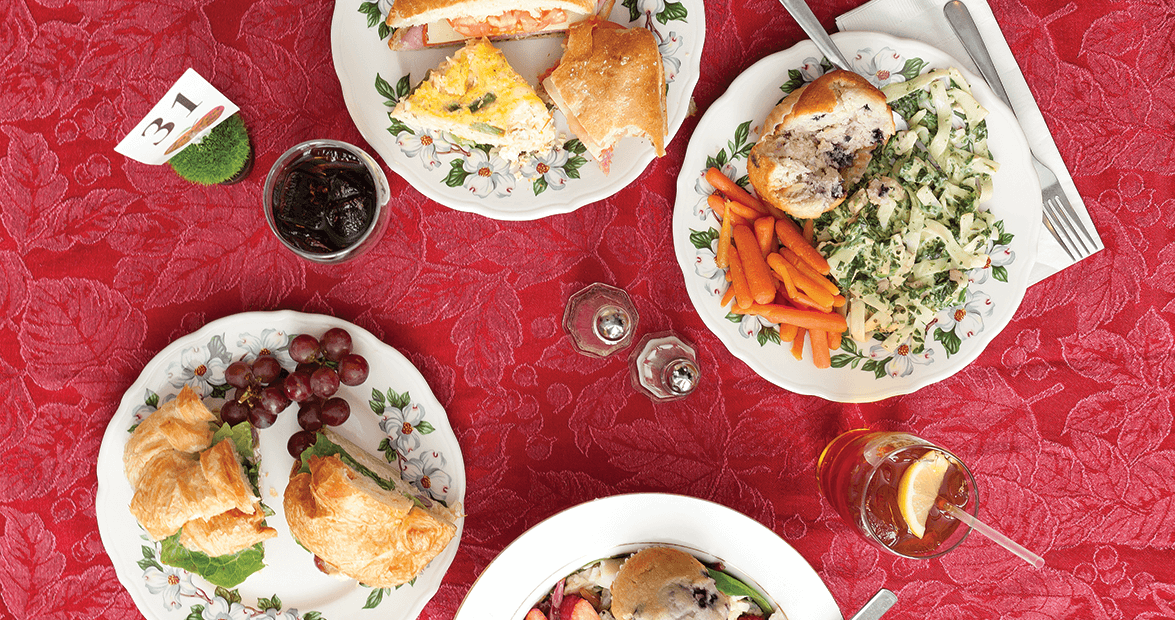 This Do in Remembrance of Me.

I remember staring at those words. They’re engraved on a wooden communion table at the front of the First Baptist Church in Mount Olive, where I grew up. When I was a boy, usually only a few minutes into the preacher’s sermon, my eyes began to wander, and having a predilection for words, my eyes often fixed on that communion table. What those six words meant I had no idea. Strung together they’re an instruction, that much I understood. But from whom and for what I couldn’t guess.

One Sunday I watched as the adults in the congregation clutched in their hands what I thought must be the tiniest meal I ever saw: a small cube of white bread and a thimbleful of red grape juice. No one seemed anxious to eat it, I noticed, and just as I began to wonder why, the preacher intoned, “This do in remembrance of me.” So commanded, in unison everyone chewed, sipped, and swallowed. It was a rare moment of near perfect harmony.

I later learned in Sunday school that Jesus spoke those words to his apostles at a meal he shared with them the night before he died. Christians know it as the Last Supper. It was one of the final moments in which Jesus could teach his 12 disciples, could tell them whatever He saw fit. I think it’s remarkable that He used it to tell them to eat. Share a meal together, He told them, to remember.

That instruction isn’t lost on contemporary Christians. Attend any church of any denomination for any amount of time, and someone will feed you. Eat there enough, and you’ll find out who can cook. You’ll be able to separate the Stouffer’s store-bought and fast-food, drive-through folks from the made-from-scratch folks.

To find those truly gifted in the practice of Southern culinary arts, look no farther than two church committees: bereavement, responsible for funeral food, and cookbook, responsible for collecting recipes. In the South, I’d argue that the cookbook committee is particularly important. Equal, although unwittingly so, to the deacons or elders.

If you think that’s heresy, keep reading. Because my experience tells me otherwise.

Once I understood that the purpose of communion — the bread and the cup — is to remember, I began to understand how food in general serves the same purpose in a church.

If today I eat an apple turnover, for instance, there’s a good chance I’ll think of a woman at First Baptist who always brings her flaky, homemade turnovers to the church supper. I’m willing to bet that whenever she passes away, more than a few people will remark that a better turnover never met their lips.

Such oral history of who made what and how good it was is often printed for posterity in a cookbook. If you have a collection, you know this is true. Pull about any one off the shelf, flip through its pages, and you’ll find anecdotes. They might explain a recipe’s name, or how it’s been passed down for time immemorial.

I know this myself because for more than a year now, I’ve been reading church cookbooks. In October 2010, this magazine published a callout for community cookbooks, and since then we’ve received them from all over North Carolina. And churches from nearly every Christian denomination — Quaker, Lutheran, Baptist, Presbyterian, and Methodist among them — have all sent copies of their cookbooks.

Each month I select one cookbook to write about for a recipes column in the food section of Our State. It’s an opportunity that allows me to read far more cookbooks than I write about. First on my list to read are church cookbooks, if only for the personal letter to the editor that’s usually tucked inside.

Often, someone who served on the cookbook committee will write and tell us certain details not found in the cookbook. In one from Mount Airy, someone wrote a note about how her mother’s chocolate pie was auctioned off at a church fund-raiser for $110. In another from Greenville, a note tells about the church’s food-pantry ministry and how cookbook proceeds help feed hungry people.

Between the lines of every letter I read there’s a palpable expression of identity. Say what you want about a deep-fried Southern diet, but food here connects people to a cultural understanding as strong and unswerving as any other. That’s one reason why a church cookbook is still important. For as long as Southern food is tied to Southern culture, there’s a future for the Southern church.

So the work of a cookbook committee carries great responsibility. It begins with soliciting, reading, and editing recipes, sure, but then its members are often church historians by default.

Search within the first few pages of a church’s cookbook, and you should find an account of that church’s history. No matter if it’s brief or elaborate, the point is it’s there; simultaneously an introduction for new members and a refresher for the Old Guard. And those paragraphs contain enough pertinent information that should a church fade into oblivion, it could yet be revived in the mind of a curious soul.

When I wonder if the church cookbook will ever cease to exist, I think about that. I think about what artifacts people will find in the future to learn about the lives we’re living now. I can’t think of many capable of evoking as much memory as a cookbook.

I know when I’m in my kitchen following a stranger’s recipe, I feel that person becoming more familiar. I can imagine what was only a name taking human shape.

It may not be immortality, but for a bunch of mortals, the cookbook is something close.