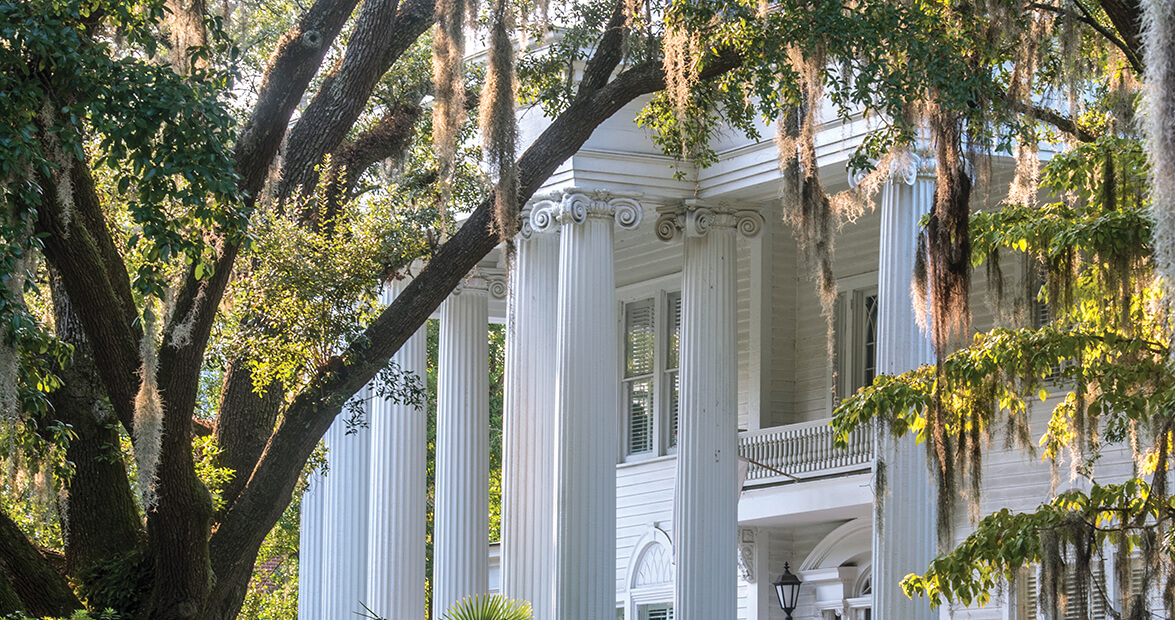 All over Wilmington at this very moment, people are taking Spanish moss for granted.

A man walks his schnauzer around Greenfield Lake and doesn’t notice the long green-gray strands drifting in slow motion overhead, any more than he would remark upon the beauty of his dog’s leash. Just something he sees every day. At the university, thick ribbons of moss shade dorms and Dumpsters and parking lots where students fight for a space, oblivious. At Sonic Drive-In on Market Street, a steady stream of customers grab their bags of burgers and merge back into the midday crush of traffic, no time to glance at roadside trees let alone what might be dripping from their branches. Meanwhile, across town at Airlie Gardens, a couple is getting married under an exquisitely moss-adorned hundred-year-old live oak — but still, the Spanish moss is just scenery, backdrop for the big event. In somebody’s backyard, a bored 7-year-old and her little brother make scruffy, curly wigs and beards out of it, until their mother yells out the window at them to stop; that stuff is full of “red bugs.” They play with Spanish moss all the time and have never seen a red bug or any other color bug, but they toss their clumps unceremoniously into an azalea bush and run inside for Popsicles. (Red bugs, aka chiggers, do not in fact make their home in Spanish moss, as is commonly believed, but, rather, in tall grass and weeds. Jumping spiders, rat snakes, and bats do live in Spanish moss, but the kids haven’t seen those, either.) Finally, as night falls in Wilmington, in a dark room overlooking the Cape Fear River, someone is gleefully stuffing a voodoo doll with Spanish moss, imagining the awful outcome. Whether the doll does its job remains to be seen; the moss, for its part, is innocent and invisible. 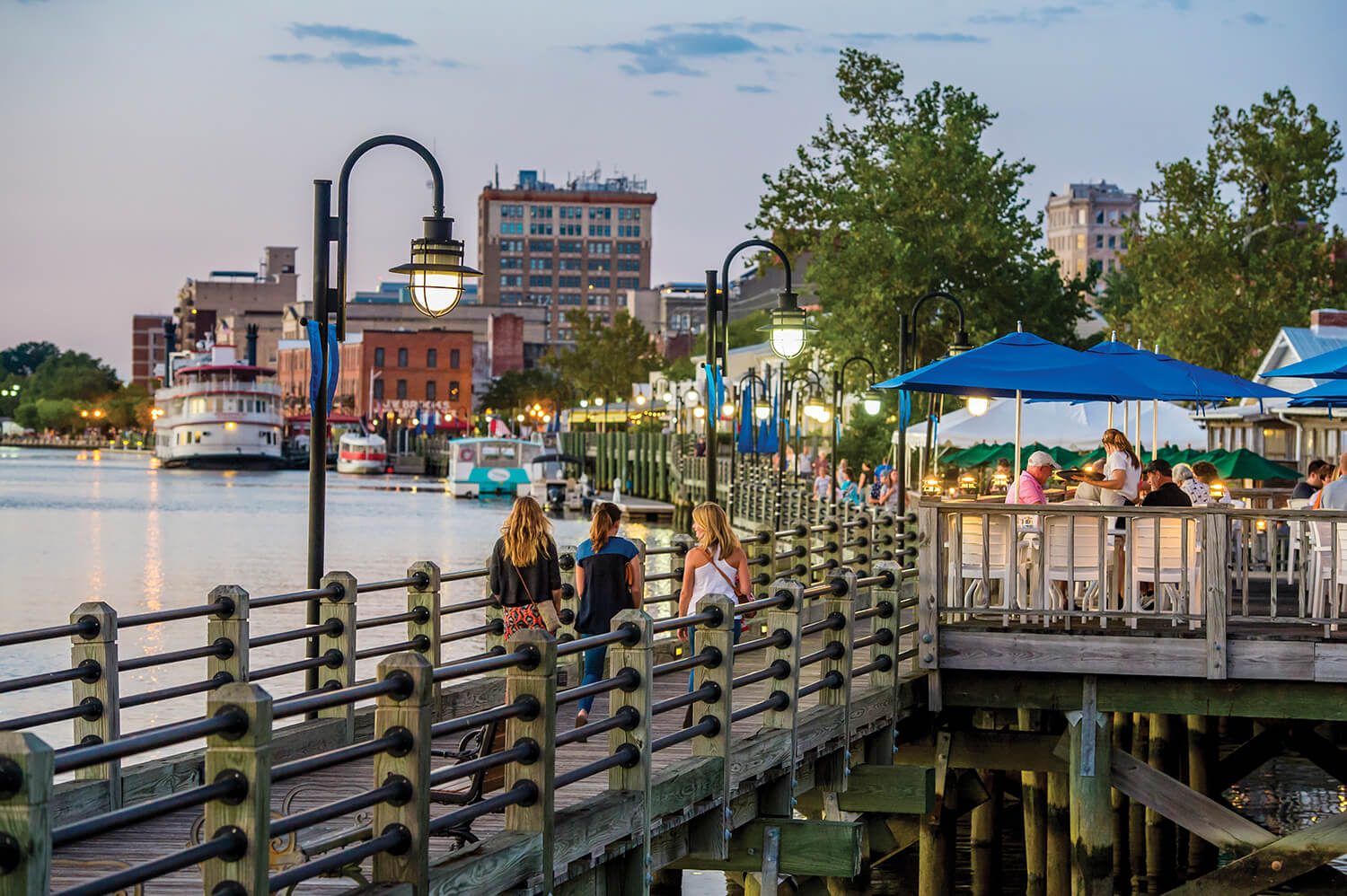 Spanish moss was literally invisible, or rather, nonexistent, to me until I was 23. Growing up in Chicago, I saw Spanish moss in real life for the first time when I moved down to Florida for graduate school. Previously, I had encountered it only in movies and textbooks about dinosaurs, and in the old Pogo comic books my father collected, which were set in the Okefenokee Swamp. I remember trying to copy the lines of Walt Kelly’s crazed, visionary cartoons in my own sketch pad, to no avail. How could I accurately recreate something that didn’t really exist, or existed only in some other artist’s head? Spanish moss was simply too weird, too beautiful, too scenic, to be real. It was only years later, as I drove through the Okefenokee — which I’d also thought fictional, a language-loving cartoonist’s wacky invention — that I finally understood. Like air, like God, like beauty itself, Spanish moss was everywhere and it was free. You either saw it or you didn’t, but it was there, ubiquitous and mysterious and not entirely of this world. All of which explains — maybe — why I cited Spanish moss on my job interview at the University of North Carolina Wilmington as the reason I wanted to live and work in this city, and why the hiring committee didn’t seem to find this statement bizarre. (Or why, even if they did, they still hired me.)

The comparison of Spanish moss to air feels inevitable, as the plant lives both in and on air, absorbing all the nutrients and water it needs from the wind that happens to blow its way. Not truly a moss or even a vine, but, rather, an epiphyte, a member of the bromeliad family, Spanish moss thus does not go around parasitically strangling trees, unlike certain other famously Southern Gothic plants I could mention (cough, kudzu). They must be one of God’s favorites, says a character in Joy Williams’s short story “Bromeliads.” One doesn’t have to do anything for them. And, as can surely also be said of God, we are all having our own private interactions with Spanish moss at any given moment. A friend of mine who substitute-teaches at New Hanover High School spots it growing on the underside of the school’s metal pedestrian sky bridge. “Sometimes, when I’m driving under the bridge,” she says, “I’ll notice little scraps hanging somewhat impossibly from beams, cement nubs, et cetera. I have no idea how they get there.” Another friend sends Ziploc bags of moss to her mother up North, to dress up her potted plants. “I run into the same bit of Spanish moss almost every time I walk to Empie Park,” a student tells me, “and I’m surprised every time. I think it’s because I watch my dog walk under it, and I just assume I’m the same height as him. In life, I assume I’m the same height as everyone.” Another Wilmington pal tells me her daughter once stuck a roll of toilet paper on a stick, drew a face on it with a Sharpie marker, topped it off with Spanish moss hair, and named it Rollanda. My friend Beau claims he once found Spanish moss in his pants, but refuses to elaborate further. (He is originally from New Orleans, where I imagine such occurrences are not uncommon.) 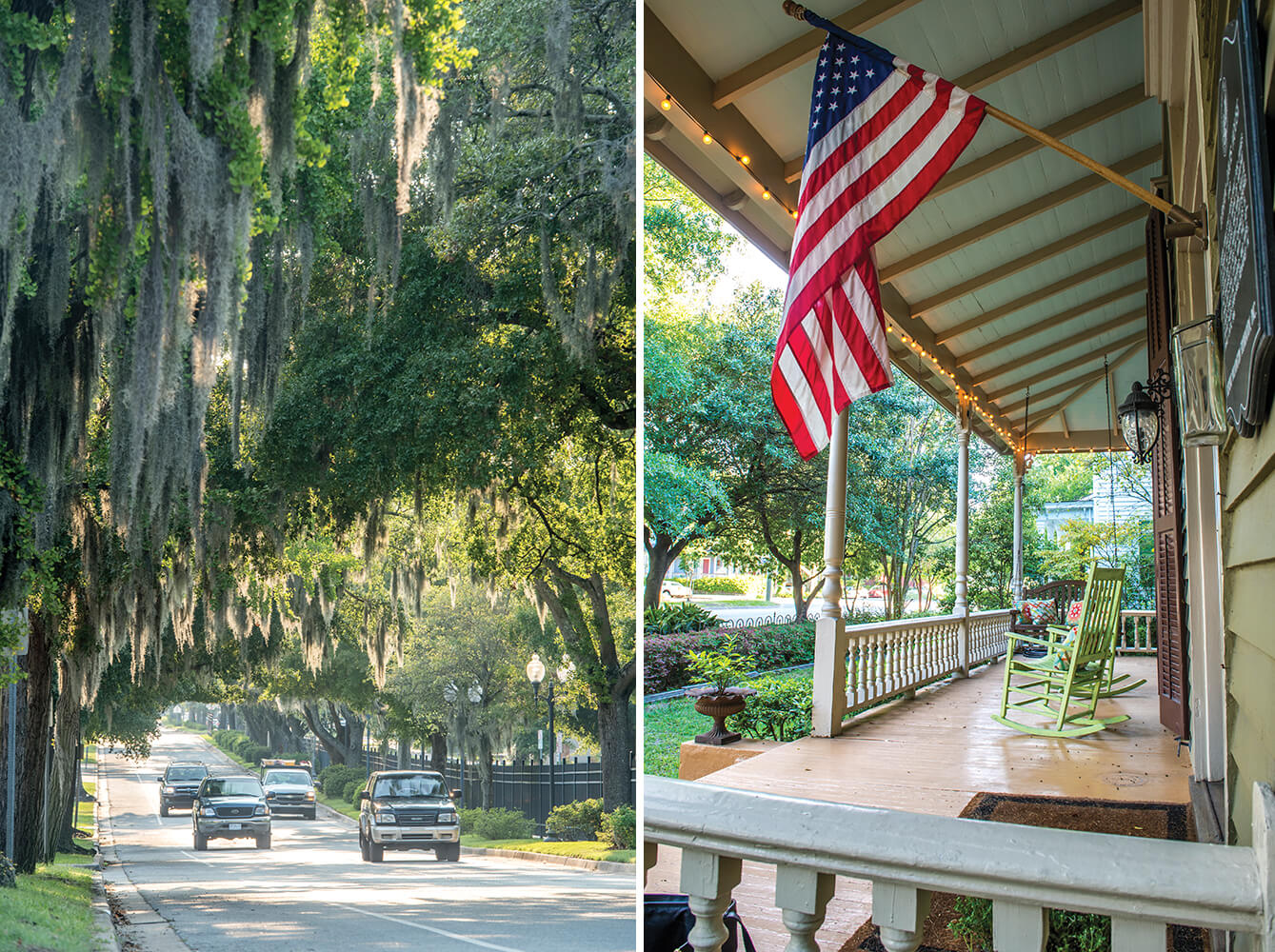 As for me, closing out my second decade here in Wilmington, I have not yet found a way to take Spanish moss for granted, and am not sure I ever want to. Every time I see it, I see it. On a Friday in August after a five-hour faculty meeting, I step into the late-day sun and look up at the long, nearly motionless tendrils and breathe. I think of swamps and settlers and nativity scenes and Gone With the Wind and people fanning themselves on front porches, the necessary grace of moving slowly in hot climates that maybe only Southerners truly understand. Air. Light. Beauty. What else did I ever think I needed?