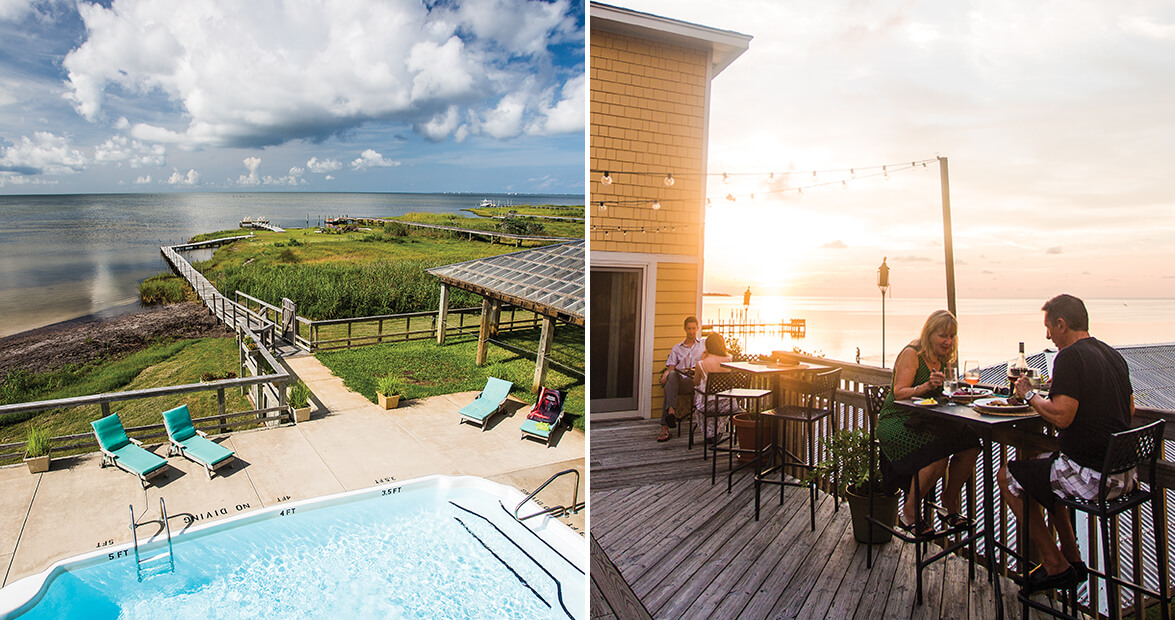 Driving down Hatteras Island on NC Highway 12 at dusk, I roll down my windows, letting the salt air wash in. The road rolls on, the sky growing darker and the stars shining brighter by the mile.

The Inn on Pamlico Sound sits on the dune ridge, back a ways from the road, flanked by twin banks of maritime oaks and veiled by a collection of raised-bed gardens. In the dark, I almost pass it.

In 2004, The Inn on Pamlico Sound opened for what owner Steve Nelson calls “a practice year.” Turns out, this first-time inn owner got it right.

“I came to Hatteras in the late ’90s,” Nelson says. “Me, I’m a mountain person, not a beach person, but my ex had heard so much about the beaches here that she booked a place and we came. By day three, I was converted. I remember thinking, ‘This is what people mean by home.’ I’d never felt that before.” 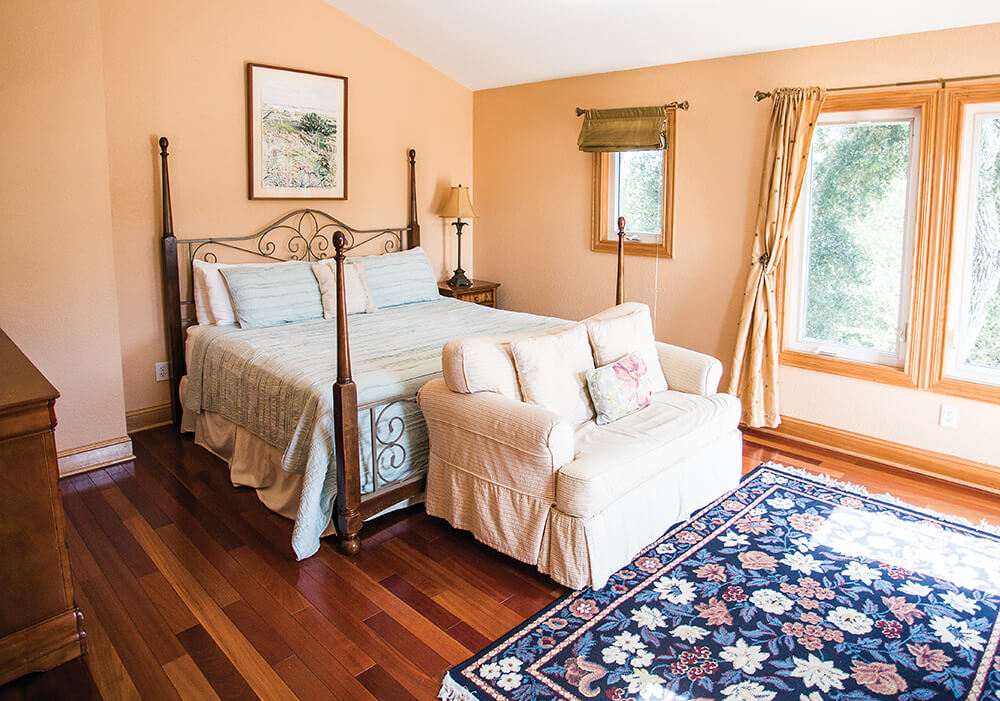 By the end of their stay, he’d bought a house on a handshake deal. A few years later he was here, running an inn.

That first inn was small and the first season was successful, so in the off-season, Nelson pulled together a crew of locals and gutted the place, reconfiguring part of it and building the rest new, including a small commercial kitchen. During his second season, Nelson’s organic approach to marketing — all word of mouth — continued to work. This little 12-room inn with a handful of full-time employees was hosting visitors from across the U.S., Europe, and Asia.

“We wanted to make this a place where you can fall off the planet and feel relaxed and safe,” Nelson says.

When I step out of my car, the smell of salt air is gone. In its place: loam, green, growing. Squash and herbs. I walk up a path set between a half dozen gardens, each one brimming with fruits, herbs, and vegetables.

“My goal in life is to be promoted to head gardener,” Nelson says. “I’d never grown so much as a houseplant before we started the restaurant, but now there’s not much more I love in life than tending my gardens.”

After his guests expressed a strong interest in fine dining, Outer Banks-style, Nelson expanded his kitchen and dining room. A chef friend helped him launch a proper restaurant, Cafe Pamlico, with a menu that elevated the local cuisine. They focused on seafood, bringing in catches from fishermen no farther away than Roanoke Island, and began using herbs and vegetables grown on the property. Soon, Nelson was making his own soil from compost and sea grass, and the kitchen gardens flourished.

“We’ve been amending our soil since 2010, and, like our advertising, it’s fully organic,” he says. “Our gardens and our chef’s menus work hand in hand, driving each other.”

That night, I step onto my balcony. I can’t see Pamlico Sound in the darkness, but I can hear it, feel it out there. The wind carries the kind of coolness that only comes from passing over water.

I’m no stranger to the Outer Banks — my family vacationed here when I was a child — but I’ve always felt like I was visiting. The next morning, I roll out of bed and return to the balcony rail. Waking to the sight of Pamlico Sound in the early morning light, I feel like I’m home.