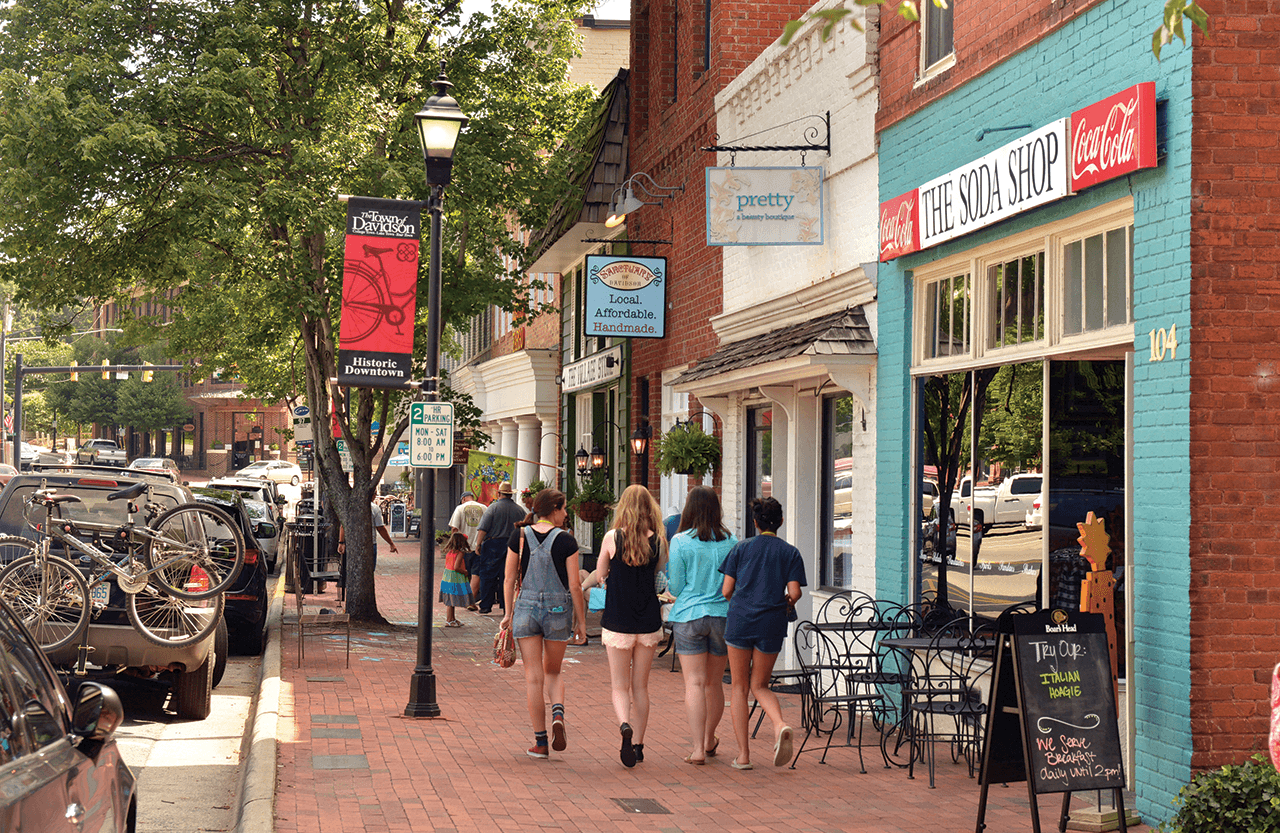 Davidson was a college before it was a town.

I didn’t know that at first — in the heavy heat of late August 1995, when I arrived as a freshman, a 17-year-old kid from New England who wanted to see something new, to get an education in the South — but it makes sense, looking back.

The small liberal arts school in northern Mecklenburg County had earned national renown. The town wasn’t much. I walked to the post office across from campus, like every student at the time, and I used the ATM at the BB&T. But Main Street seemed like stagecraft. The landmark Soda Shop produced the sense of stasis more than the comfort of nostalgia, and other stores hawked knickknacks and gnomes. We drove down to Cornelius for Harris Teeter groceries, me and my friends from my hall in my dorm, and we drove up to Mooresville for wee-hours Waffle House fried eggs and hash browns. It took no more than two turns to encounter cattle milling in meadows. The map said Charlotte wasn’t far. That’s not the way it felt. The buzzy serenade of cicadas was the soundtrack of slow Saturday mornings.

Now it’s different. Davidson is a small town, still, although it’s gotten bigger, and fancier and pricier, too, but it’s also become a college town.

Davidson these days has basketball, go team go, wintertime warmth, alumni relations that needs no office. It has Summit Coffee for conversation plus boosts of caffeine. It has the Brickhouse Tavern and the Flatiron Kitchen and the Davidson Beverage Company for hops from taps. It has the local library, with its red bricks and white pillars and the green grass out front, and it has Main Street Books. It has art crawls and farmers markets and lecture flyers affixed to windows and corkboards. Public-radio classical music drifts through the air.

More than anything else, though, a college town is a mind-set with a ZIP code. The purchase is the proximity to curiosity. The value is the built-in serendipity of a community in which the primary mutual interest is the exchange of ideas, and the annual turnover of students dictates an intellectual dynamism that elsewhere is uncommon.

In the transaction of higher education, the return on investment isn’t a vocation or even an expertise — it’s the preparation to be a better citizen, a thinker and not a taker, an attentive creator and not a passive consumer.

Semesters are sane agents of order. They temper the harried reality with subsequent shelter for thought. The illusion of productivity is the 21st century’s siren song, key clacks and screen swipes, and the pace of the race is what it is, the open tabs, the scrolling frenzy. But multitasking is a false god.

Within the escalating chaos, a college town zaps at the tempting ease of prepackaged ruts. Its rhythms are reminders. Don’t seek attention. Pay attention. The discipline is presence.

And commencement’s not the end. Commencement is just the start.