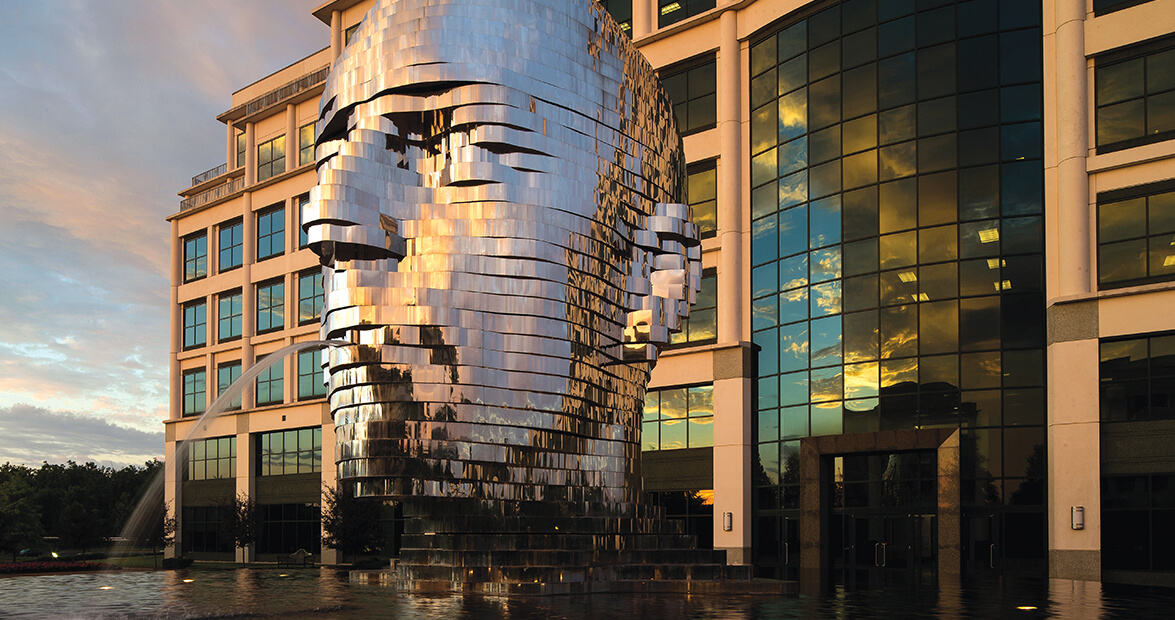 1. Barbecue, North Carolina, is the name given to an intersection on NC Highway 27 in Harnett County. There’s no post office. No mayor. No barbecue restaurants. Only a few houses and a Presbyterian church with a cemetery. Apparently, this place was named for nearby Barbecue Creek. It’s now my second-favorite place name in the state. Number one? Tick Bite.

2. There’s a wrecked Winston Cup car outside the B&D Quick Stop No. 3, an old service station near North Wilkesboro that’s now a gritty bar. Turns out that the car was driven by Jimmy Spencer, who had the nickname Mr. Excitement. (“Jimmy was a little eager,” the bartender told me. “He wrecked a lot.”) One of his crew members lived nearby, and after Jimmy had a wreck at Texas Motor Speedway in 1997, the crew member had his car brought back to Wilkes County. It now sits as a totem of the NASCAR racing that used to take place nearby.

3. The parking spaces near the front door of the Microtel in Robbinsville are narrow and short. Why? They’re for motorcycles. The twisty U.S. Highway 129, known as the Tail of the Dragon, is 18 miles away. The Microtel knows why you’re here.

4. As I passed Elizabeth City, I saw windmill after windmill to my north. There are 104 in all, each nearly 500 feet high. They compose (for now) the only wind farm in North Carolina. The favorable breezes generate power for Amazon’s data centers, as well as lend a distinctly Don Quixote flavor to the flat Coastal Plain.

5. At the Whitehall Technology Park in Charlotte, I came upon a mirrored head sculpture with 40 steel pieces within seven segments that rotate and spit water. It’s called Metalmorphosis (pictured above); Czech artist David Černý calls it a “mental self-portrait.” It is by far the most wonderfully bizarre thing you will ever find in an office park.

6. Once, I followed the billboards to Nahunta Pork Center, a pig-only supermarket in a lonely Wayne County farm field that sells every imaginable cut of pork. Hocks and feet and tails. Everything. “You have to want to come here to
get here,” one worker told me, before saying: “The billboards work.”

7. Interstates aren’t supposed to have intersections, but one of the few exceptions in the entire country is in Haywood County. Hurricane Creek Road runs directly into I-40 and winds through the mountains toward Max Patch Bald. It’s not for the faint of heart: The road is gravelly and runs right through creeks. It’s a favorite for 4×4 clubs, dirt-bikers, and people (like me) with an unhealthy obsession with the Interstate Highway System.

8. There’s a neatly kept cemetery near Cherry Hospital in Goldsboro where hundreds of decades-old graves have been marked with numbers, or have been left unmarked. Most are patients from the historically African-American mental hospital, and there’s an effort afoot to connect as many names with the numbers as possible. I found it to be a secluded, quiet place that’s not often visited, but also not forgotten.