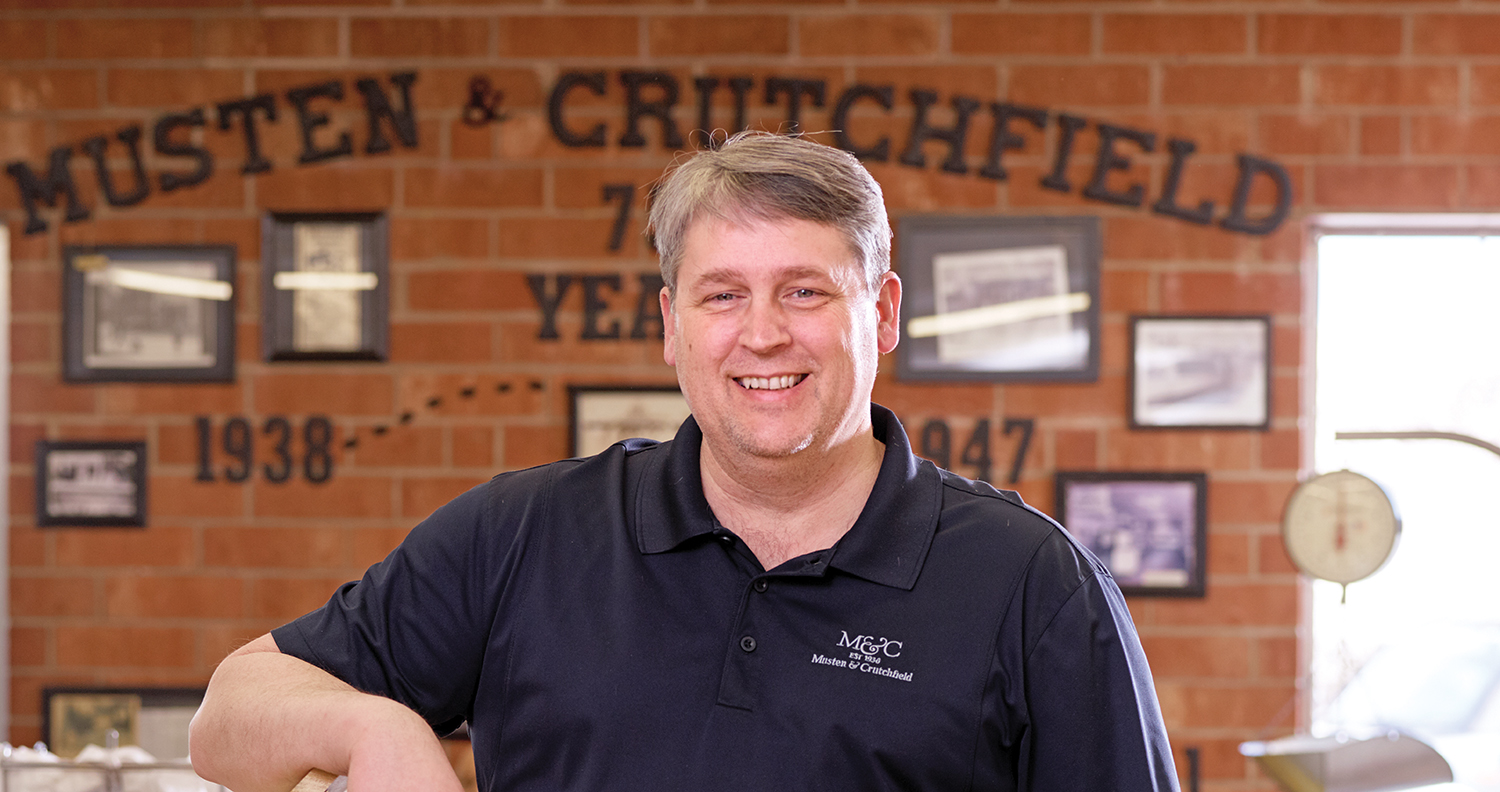 When Sallie Greenfield walks into Musten & Crutchfield, as she does once a week, every week, she bypasses the shelves of dry goods, the coolers full of fresh milk and eggs, just-made chicken salad and liver pudding. She heads straight for the back. A Kernersville native, Greenfield is in her 80s, and has been a loyal customer of her hometown grocery since its doors opened in 1938. These days, she lives over in Winston-Salem, but she still makes the drive. You see, Musten & Crutchfield has something she can’t live without. “She told me, ‘I got to have my pimento cheese. I get up in the middle of the night just to get me a spoonful of it,’” owner John Crutchfield says incredulously. “I mean, she eats it every day.”

Musten & Crutchfield has seen some changes in its 80 years on Kernersville’s Main Street. Crutchfield’s grandfather and great-grandfather opened the grocery store, and it was his great-grandmother Elva Musten who, faced with the Great Depression, created the now-famous pimento cheese using what she had on hand — cheese, a lot of mayonnaise, and maybe a little touch of magic. Four generations later, the market is smaller now, the produce a little more limited. But Elva’s recipe has never changed. “Even when we lost customers to the bigger chain grocery stores, people still came in for the pimento cheese,” Crutchfield says.

On a different Main Street, in Lexington, Conrad & Hinkle will turn 100 years old in 2019. And Lee Hinkle, the third generation to own the store, owes a lot to his grandmother’s recipe, too. “The basic recipe is the same,” Hinkle says. “It’s all about the quality of the ingredients. Some of the ingredients we use, over the years, the companies started making them more cheaply, and that makes a difference in the taste. So we’ve had to switch brands a few times. For example, we had to change our mayonnaise. We used to use —” Hinkle stops himself and chuckles apologetically. “Well, I can’t tell you that …”

No matter. The secrecy is what makes places like Musten & Crutchfield and Conrad & Hinkle so special. No matter how hard you try, you just can’t re-create their pimento cheese yourself — and there’s nothing better than the real thing: spread thick between two slices of white bread or layered on a fluffy biscuit fresh from the oven. Hinkle’s college roommate used to spread it on his pepperoni pizza. But Hinkle likes to eat it the same way his grandpa Odell Hinkle used to: on a hamburger with a fresh slice of country tomato. “Oh, you can’t beat it,” he says. And like a cherished recipe, families pass down their preference for pimento cheese, too. “I’d say more than 90 percent of our advertising is word of mouth,” Crutchfield says.

And people come from counties away. “Counties?” Crutchfield laughs. “They come from states away — Florida, Georgia, South Carolina. We’d hear them saying, ‘I have a seven-hour, 10-hour drive home.’” So Crutchfield started carrying coolers and installed a new ice machine. Have cheese, will travel. Come spring and summer — what Hinkle calls “pimento cheese season” — customers on their way to the coast make a special detour. “They fill coolers — I’m not kidding you — with 20 pounds of the stuff,” Crutchfield says. He’s taken calls from Washington State, Texas, California. Hinkle has seen his pimento cheese ride off to Alaska and even Germany. People come from up and down the East Coast. “It’s not unusual, standing at the back counter, to see people with containers stacked up to their chin, with pounds of it,” Hinkle says.

“The out-of-town customers — it’s what they grew up on,” Crutchfield says. “People don’t stay in their hometowns anymore.” But when they come home, even just for a visit, they come by.

These days, the pimento cheese from both Musten & Crutchfield and Conrad & Hinkle is carried in grocery stores around the state. But there’s something about going straight to the source. It’s a pilgrimage of sorts. “Ms. Greenfield could buy our cheese at a grocery store closer to her, but she still makes the drive,” Crutchfield says, “because she has to come to our store.” It’s more than just a Southern sandwich staple. Ask the folks who travel hours to get to Lexington and Kernersville to stock up for wedding receptions, family reunions, and Christmas gatherings. Ask the homesick North Carolinians three states away. Ask Sallie Greenfield. Just one taste and you’re home.