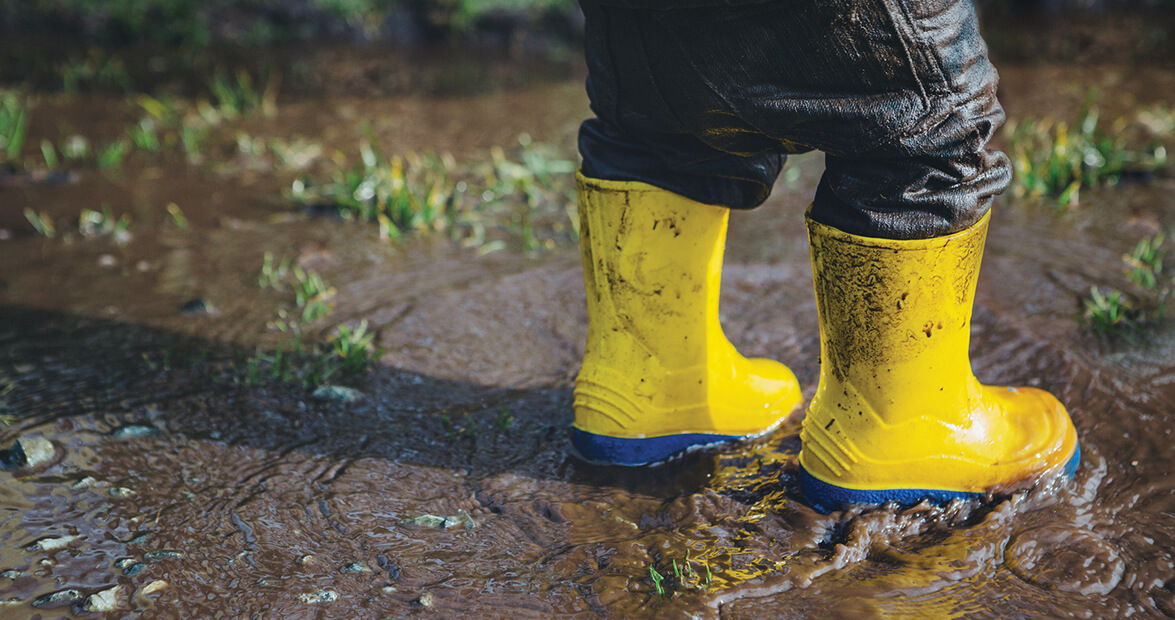 Winter. Rain for a week. Seven or eight degrees colder and we’d have snow, but no. It’s our second consecutive shut-in Saturday morning. There is not, and could not be, enough coffee. The kids are bonkers, taking laps through the house. They’d be knocking priceless heirlooms to the ground if we had any. What does get knocked to the ground: a full bowl of Rice Krispies, milk and all. “That’s it,” I say. “We have to get out.”

“The one with the snake,” he says.

What he means is Boone’s Cave Park, just outside of Lexington, which our family calls Copperhead State Park. Here is the delightful reason why: The last time we were there, The Toad found a copperhead. Full-size. Between his feet. He and I were walking along, speaking as men speak, when he stopped dead in the trail and began to scream. No words. Just screaming.

“What did I see? What did I see?” he asked me, after he got his words back, after he and I had all but levitated back down the trail. Regarding adrenaline: Had you needed anything seen, heard, or smelled within a radius of 50 miles just then, I’d have been your man. I worked, rapid-fire, through several sucking-the-venom-out scenarios. Boy Scout tourniquets. That kind of thing. “A snake,” I told him. “You saw a snake. You did just right. Don’t ever tell your mom.”

Though we did tell his mom: We were outside, and outside is where snakes tend to live, so by the transitive property of parenting, I’d done nothing wrong. She mentions the copperhead today, though, as she declines our invitation to go back to the cave. “Snakes hibernate,” I tell her, which I’m pretty sure is true. Still, she says, she’s not going; a cold weather hike is not really her thing. “Be careful,” she tells us. “Don’t worry,” I say. The boys and I layer up and head out.

The cave, where legend holds that a young Daniel Boone hung out, is at the bottom of a not-terribly-long trail, and down several hundred wooden steps. It’s almost hilariously small if you’re an adult-size person, but it’s pretty cave-like if you’re not. It also turns out to be a solid place for persons of all sizes to wait out a torrentially rainy half-hour.

Here are some questions for a long winter’s night: If two boys continually slip and fall in the winter-slick forest, and only their father is around to hear, then what is the sound of one hand clapping? What’s the remedy for first one child, and then the other, bumping his head on the roof of Daniel Boone’s alleged cave? How miserable do you have to be before you give up?

Don’t answer that last one. Just go ahead and give up. And let me recommend, once you’ve slogged back up the trail and toweled off, landing at the counter at Lexington Barbecue. It’s a huge white barn made famous by its excellent barbecue, as well as glowing write-ups in various magazines, but that’s not what we’re on about here.

What I want to say is this: Should you find yourself the bone-cold father of two bone-cold boys, and should you extract yourself, largely unhurt, from bone-cold Copperhead State Park, there’s only one thing better than introducing those boys to their first cobbler. It’s seeing the waitress clock the various missteps you’ve made in your day and week and, give or take, the past five years. It’s seeing her take your kids into her confidence and telling them no, they don’t have to choose between cherry and peach. It’s watching two obscenely large half-and-half cobblers come out of the kitchen and then make it partly into, but mainly onto, your children. It’s the stack of napkins and the cup of coffee the waitress brings without your having to ask. It’s your glasses steaming up and your sons on either side of you, breathless from the heat and the sugar and the press of winter, and what you want to say is, “Boys, this is what a cave is, this is hibernation,” but you don’t, because for one thing, that doesn’t make any sense, and then also sometimes, sometimes you manage to keep your mouth shut and just let things be.