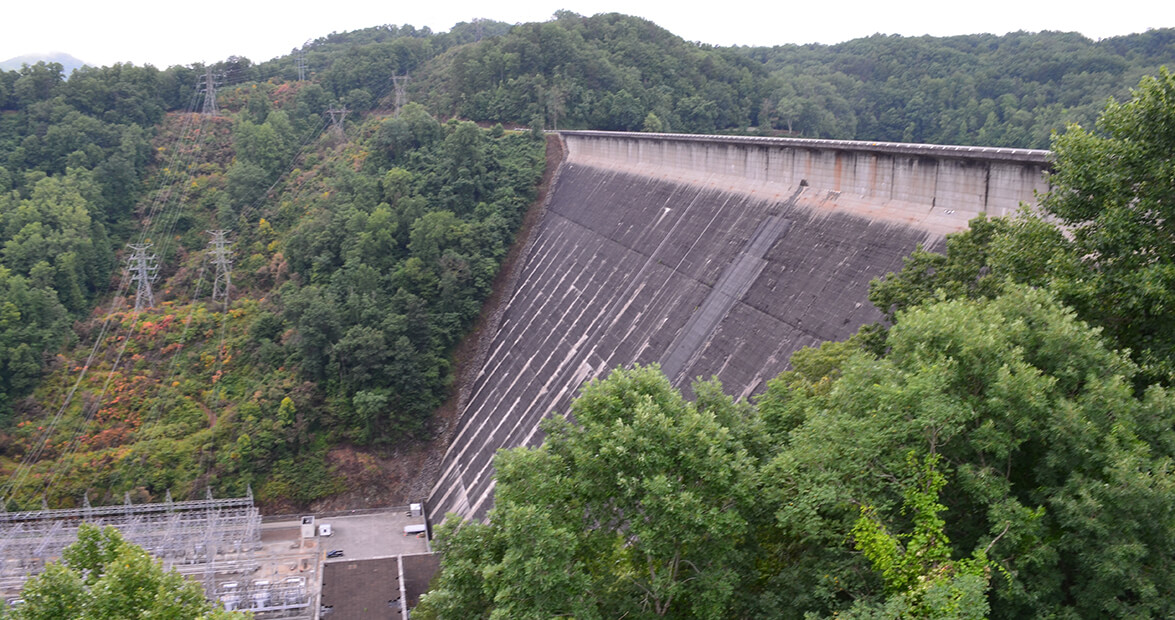 Parts of western North Carolina are clearly Tennessee Valley Authority (TVA) territory. It’s hard to drive through the mountains and forests of Graham and Swain Counties, between Robbinsville and Bryson City, and not notice the dams, and the big lakes that sit behind them. Beginning in the 1930s, the TVA started bottling up rivers to stop floods and start making power, and today there are four TVA dams in North Carolina: Apalachia, Hiwassee, Chatuge, and Fontana.

About that last one. At 480 feet high, it’s the tallest dam east of the Mississippi and was built in record time, starting just three weeks after the bombing of Pearl Harbor in 1941. Over the next three years, more than 5,000 TVA workers poured more than 3 million cubic yards of concrete. It was finished in 1944, and by 1945 was supplying power to a factory for the Aluminum Company of America 45 miles away.

Nothing, really, is close to the dam. Asheville is a full two hours away. You lose cell service not long after you pull off of Highway 74, which means for such an Instagrammable spot, there are very few actual Instagram shots. According to the TVA, only about 30,000 people check out the visitor center at the Fontana Dam every year. That presumably includes thru-hikers on the Appalachian Trail, which crosses the top of the dam.

I drove out there early Saturday morning. Except for a few joggers and one other guy in a Duke hat, I had the place to myself. I walked across it. Then I went back and drove across it. The height is impressive enough. But then, off to one side, are two giant concrete tunnels, plunging deep into the ground. 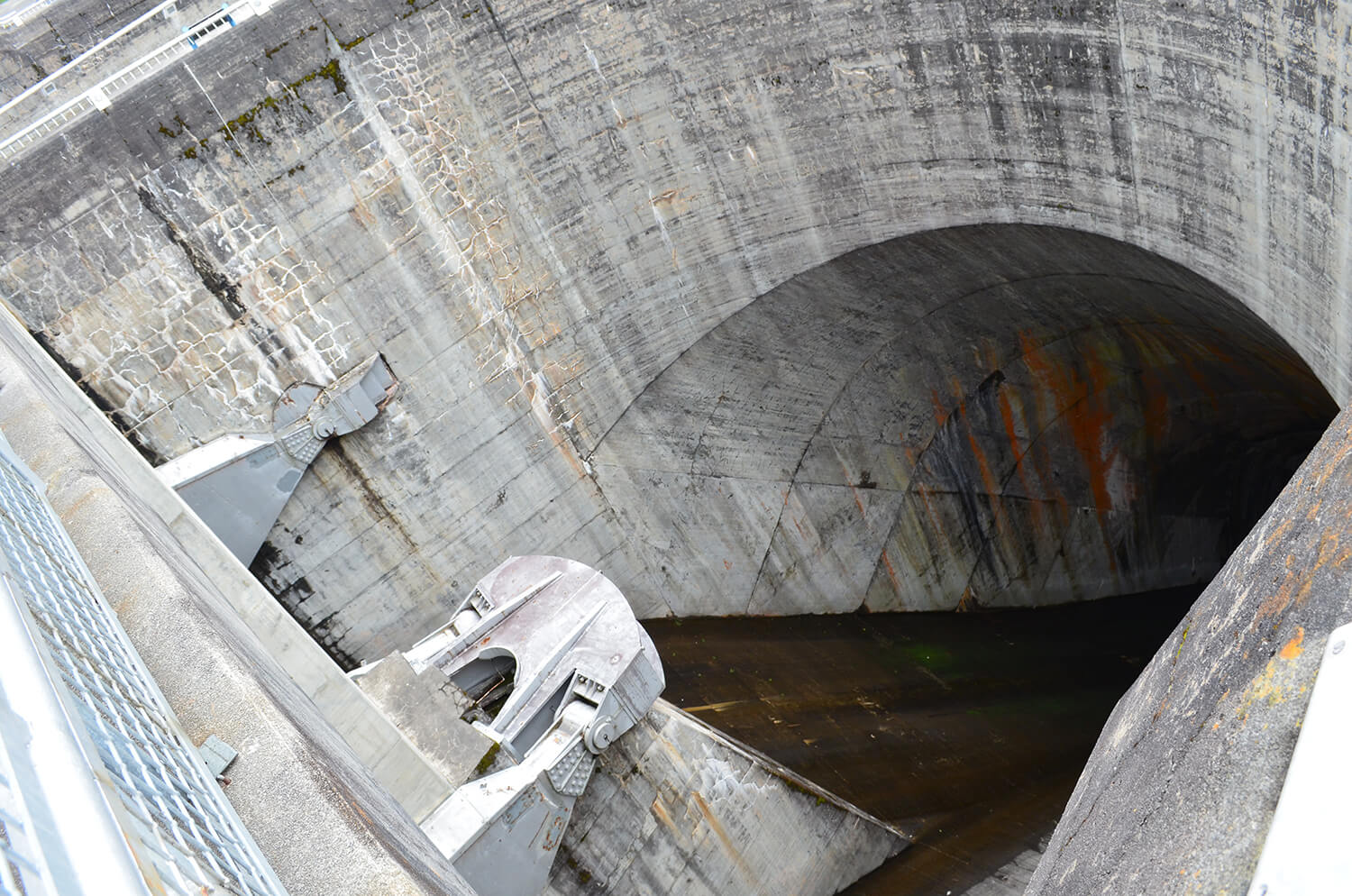 These are the spill pipes. When the lake levels get too high and there’s too much water to pass through the turbines in the powerhouse at the base, the TVA can open up a few gates and let the excess water drain directly into the Little Tennessee River below. The concrete tubes are 34 feet in diameter, run directly through the mountainside below the visitor center, and always have a trickle of water running down them. The echos from those little drops are amplified many times over, so standing next to one of these tubes makes you feel like you’re standing next to the world’s largest subwoofer, set at a low volume.

I walked right up to the side and stuck my head over the railing. Ever see a sci-fi movie where they’re building some sort of moon colony? That’s how unearthly it feels to look down inside one of those tubes.

By the way, the TVA doesn’t actually shoot water down those tubes too often. When they do open the gates, the water gets up to a top speed of 95 miles per hour before darting up a ramp and gushing more than 400 feet down the river:

If you ever get a chance to see this in person, go.