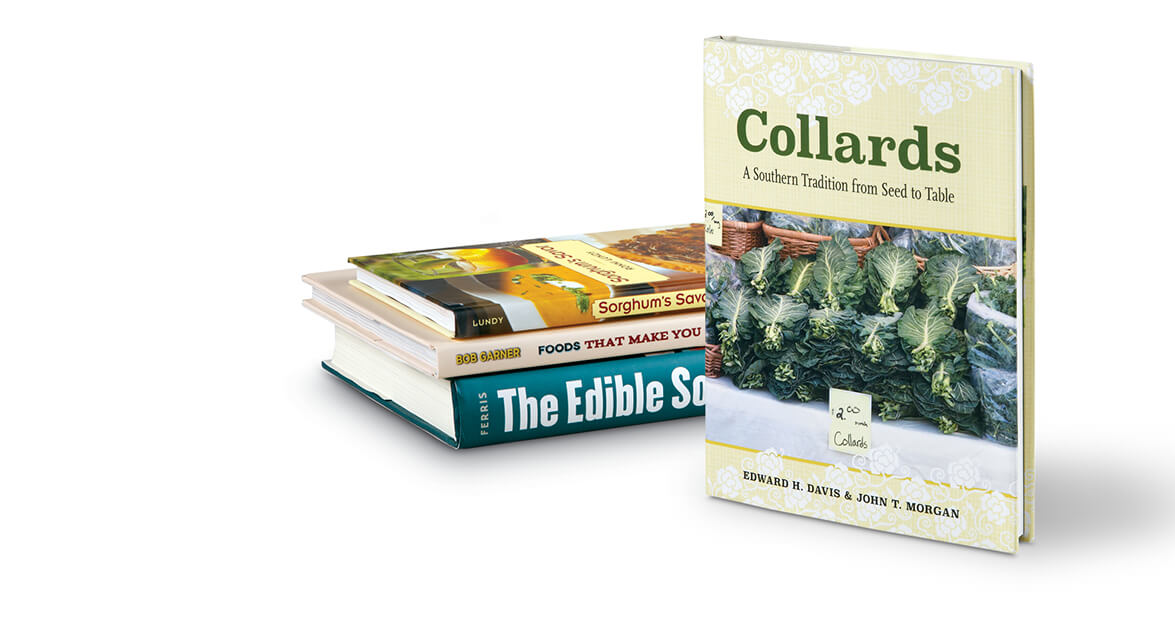 Lundy’s book — part memoir, part cookbook — reintroduces the Southern staple that has had a place in farmhouse pantries for generations: sorghum syrup. Milled, boiled, and jarred in the backyard, sweet, golden sorghum syrup harks back to an older America — to a legacy of hard work and home.

“A forkful of collards contains more Southern history than any other bite,” Davis and Morgan write. They investigate the origin of the crop, its introduction to the South, and its transition from kitchen garden to commercial farm. Indeed, this all-weather vegetable has undergone a renaissance, still bringing a bit of green to our Carolina winters.

Foods That Make You Say Mmm-mmm

Garner’s had a seat at most every North Carolina table, and he shares where to go for the state’s best dishes. He talks seafood and barbecue, banana pudding and Ocracoke fig cake. There’s an ode to sauces — barbecue and hot — and an entire section on country ham. From bites to sips, Garner celebrates the foods we call ours.

Food, Ferris writes, signifies a region’s identity. Through preserved sketches of generational tastes, she traces the culinary evolution of the South, and proves that we are hungry for the keeping of tradition. Our foodways haven’t changed so much, Ferris believes. From farm fields to urban tables, we continue to seek out our edible roots.