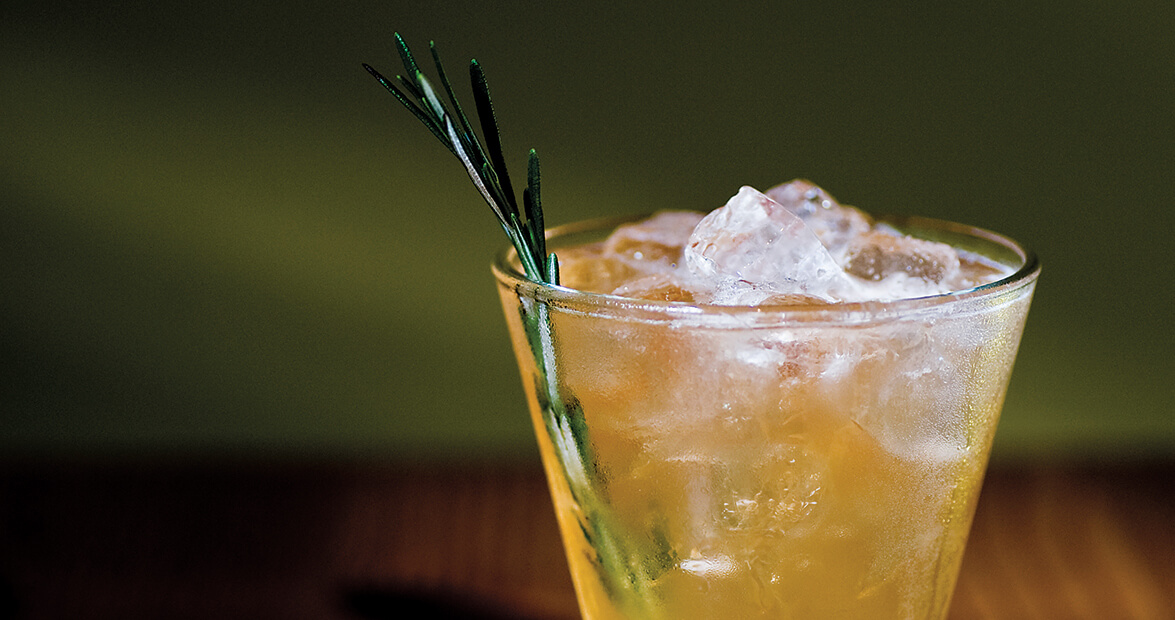 You have to be in the know to find Foundation in Raleigh. Some railings and a staircase signify that the Raleigh bar is just below you — in the foundation of a building.

Step down, and the environment is anything but clubby. Ask Bar Manager Andrew Shepherd what’s on the liquid menu. Because of Shepherd’s culinary background, he looks at mixing drinks the same way he looked at preparing food at Watts Grocery in Durham. Shepherd sources as many ingredients locally as he can, from herbs to bar-made ginger ale and sodas. With holiday drinks, he avoids cocktail cliches while honoring the spirit behind them.

“Something evocative of the season, that’s what people want — that comfort and familiarity,” Shepherd says. “Not just bourbon and eggnog or Mom’s Russian tea mix, but people like something related to that in a holiday cocktail.”

Combine all ingredients in a shaker, and shake 10 seconds. Strain into an ice-filled 10- to 12-ounce glass. Garnish with the rosemary sprig and a few drops of bitters on top of the drink. Makes 1 drink.

In a small saucepan, combine all ingredients, and slowly bring to a boil. Reduce the heat, and simmer for 5 minutes. Remove from heat, let cool, and strain before using or refrigerating.