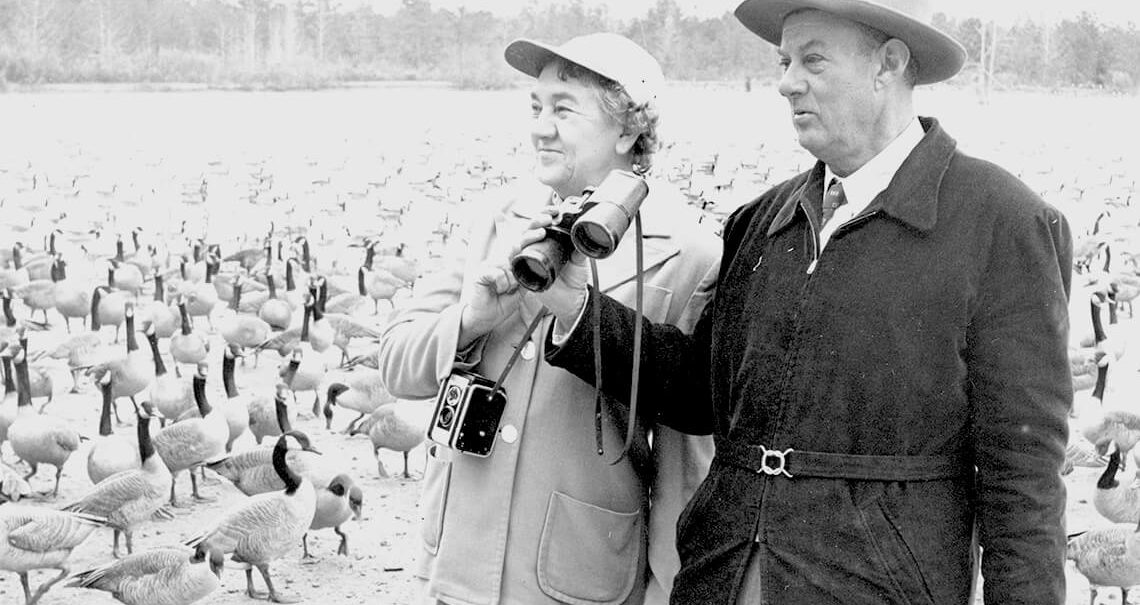 Geese will fly a long way for a good meal. For decades, thousands of them showed up just south of Ansonville every winter, where Lockhart Gaddy had planted wheat and corn for them. This was a change for Gaddy, who had previously hunted geese. During the first year, 1934, nine geese spent the winter on his one-acre pond. By 1952, Gaddy had made the pond 10 times larger. By then, word was out in the bird community, and 10,000 James Bay Canada geese showed up on his farm.

Gaddy died of a heart attack in 1953 while feeding the animals. (The story goes that the honking birds went silent when he collapsed.) His wife, Hazel, tried to keep things going by spreading corn and bread at the edge of the pond. She charged visitors a quarter to come and feed the animals, and at its peak, Gaddy’s Goose Pond drew people from 47 states and 11 countries. The refuge put Ansonville on the map. It got the attention of the U.S. Fish and Wildlife Service, which began buying farmland nearby and started the Pee Dee National Wildlife Refuge in 1963.

The pond itself is still privately owned by the Gaddy family, although it stopped being a tourist attraction in the 1970s after the death of Hazel, who is buried near the pond alongside Lockhart. She told Life magazine in 1953 that when the geese fly north for the spring, “it’s so quiet around here it hurts.”