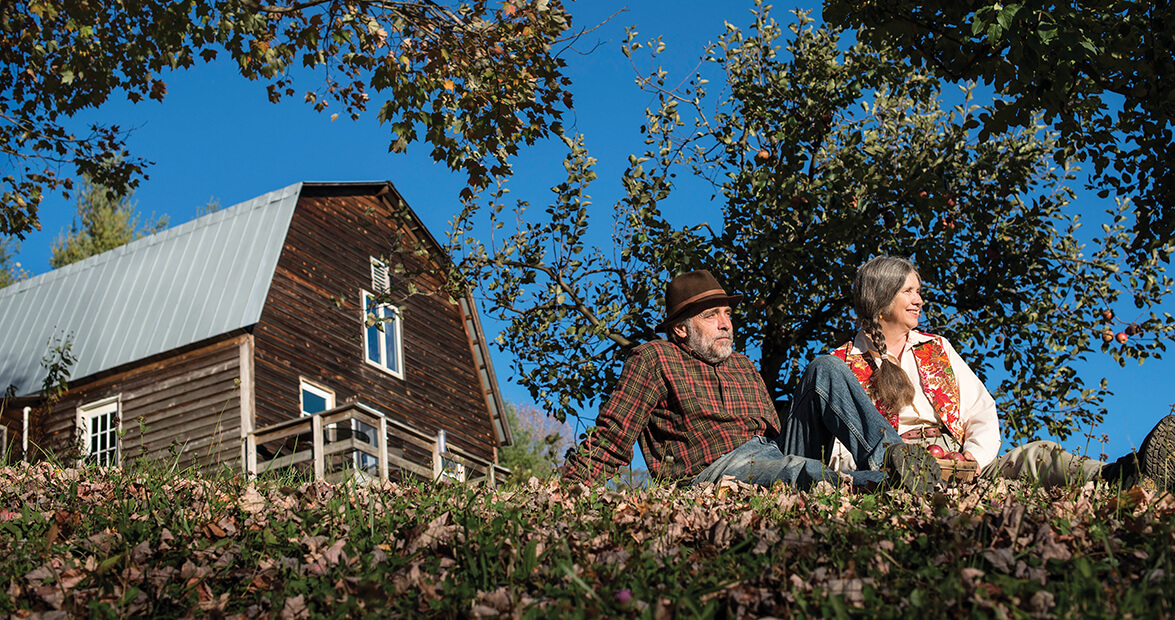 Ron Joyner, bearded and wearing a gray fedora, is at the wheel of a Subaru Outback with the words “Ol’ Apple” on the license plate. He drives it slowly up Old Apple Road, which is really just twin tire ruts gnarled with rocks and tree roots, and pocked with puddles. After a mile and a half of bumpy driving, Ron arrives at Big Horse Creek Farm, his family’s 75-acre tract in Ashe County, along the Virginia state line. The woods open to a majestic view of the mountains, the tops shrouded in clouds, the canopy brushed with fading reds and yellows. Overlooking this panorama is the farmhouse, which Ron and his wife, Suzanne, originally built as a barn with a gambrel roof and wooden siding as dark as apple seeds. Beyond the solar panels in the yard and a small dome for an astrophotography camera, apple trees grow in a small, sloping orchard. This is the perfect spot for growing apples, due to mild summers, cold winters, and an abundance of water. Thanks to grafting, one tree sprouts as many as eight varieties of apples. Another tree, the Limbertwig, is the “quintessential Southern Appalachian tree” with apples that have a “smoky, earthy, rich, sweet flavor,” Ron says. “Oh, they’re wonderful apples.”

Ron and Suzanne spent more than two decades working as researchers in Raleigh. As paddling enthusiasts, they made frequent getaways to the New River. “There was just something about it,” Ron says.

They began scoping out High Country land to own for themselves. In 1985, they happened upon this view, with the trout-filled Big Horse Creek coursing through the valley, and experienced their eureka moment. “We had the remoteness,” he says. “We had the southern view; we had the water.” 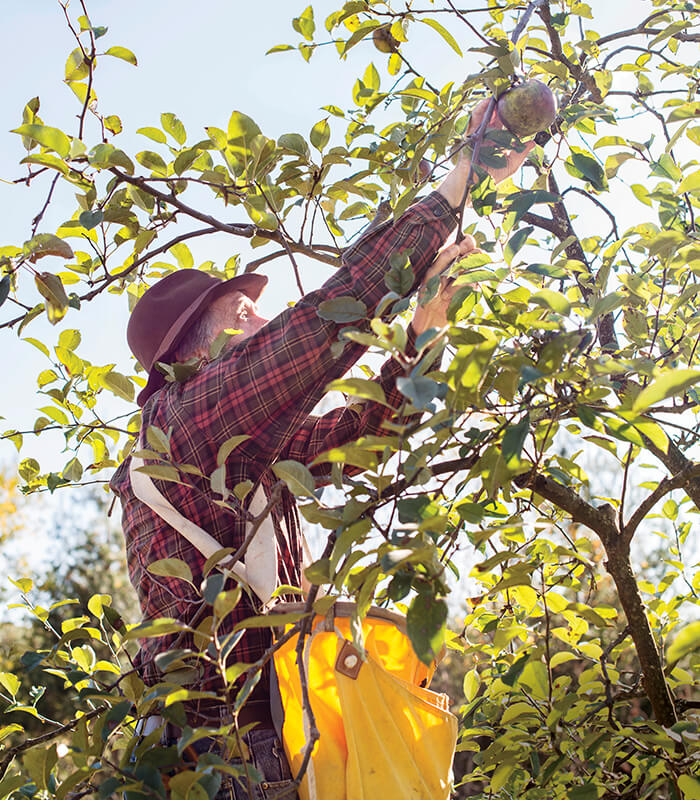 Ron Joyner picks an heirloom apple in his orchard. One variety he doesn’t grow? Red Delicious. photograph by Lissa Gotwals

“The history and the related tales behind these apples are just as fascinating as the fresh fruit themselves.”

They finally moved here on a snowy New Year’s Day in 1997, and today, Big Horse Creek Farm has four orchards, each speckled with apples far removed from the limelight. Whether you call them heirloom apples or antique apples or heritage apples, you can unequivocally call them rare apples with curious names. Maiden’s Blush and Sops of Wine. Nickajack and Norfolk Beefing. Winter Sweet Paradise and Westfield Seek-No-Further. In all, Ron and Suzanne grow about 400 varieties of apples — “just a small drop in the bucket compared to apples that were growing at one time in the United States,” Ron says.

Ron is trying to reintroduce some of those long-forgotten apples back into stores, and the national conversation. “I like to say every apple has a story,” he says. “The history and the related tales behind these apples are just as fascinating as the fresh fruit themselves.”

The Joyners ship their apple trees across the country, and they have trees growing in every state except Hawaii (where they can’t grow) and North Dakota (no orders, yet). In springtime, they take cuttings from various strains of apple trees and graft them onto young trees. They place bunches of saplings in plastic buckets, about 50 apiece, for tending in a nursery through the summer; come fall, they head to the little post office in Lansing to ship the trees out — about 3,400 this past year.

From April through October, Ron and Suzanne sell their apples — and other things they grow, such as garlic and peppers — at the Ashe County Farmers Market. They also supply fruit to a cider maker in Lansing.

Growing apples is hard work, subject to freezes in May. It also produces aches in the joints. But this is what the Joyners wanted. “We knew we wanted to live in the mountains and have a farm,” Ron says, and you can see the results of their pursuit of happiness, a pursuit that started up the side of a mountain, in the blinding snow on a bumpy road in the dead of winter. Their lives have been bearing fruit ever since.

The Ashe County Farmers Market is open Wednesdays through September, and Saturdays through October. The market reopens every April on the Backstreet in West Jefferson. For more information, visit ashefarmersmarket.com.